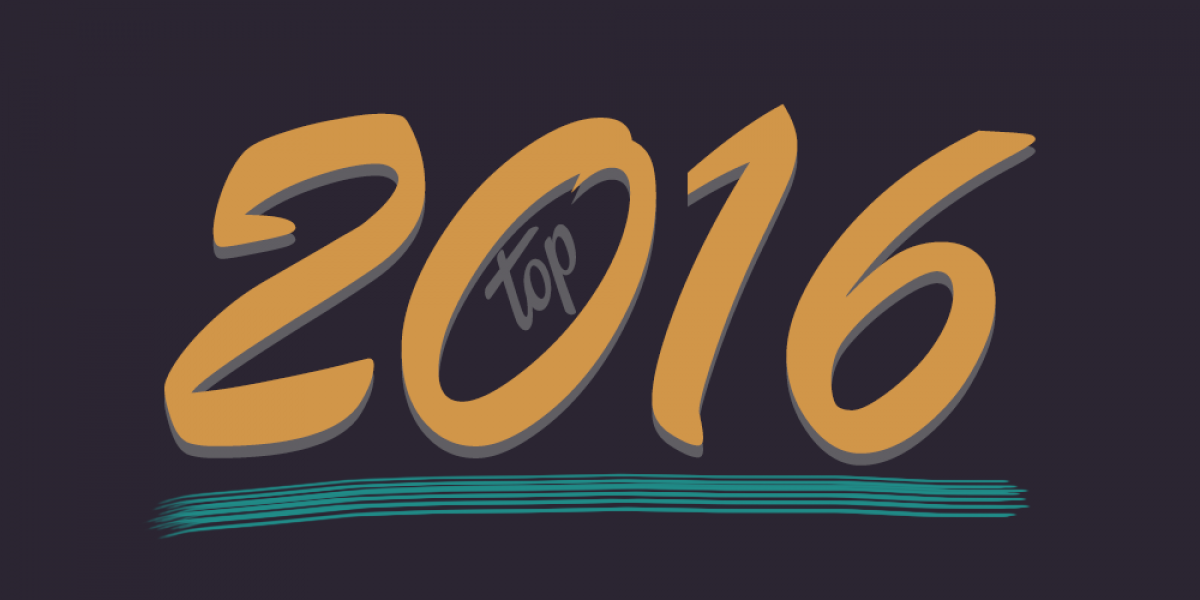 There are many ways that you can decide who are the top Christian singers of any given year. We all have our favorite artists that inspire us or get our feet moving in the early morning. One of the many great aspects of Christian music is that it brings people from different walks of life and different musical influences together for a common message.

While not every artist can end up on a list like this one, Christian audiences can take comfort in the fact that the genre is always expanding and new faces are starting to become household names.

With that being said, here are the top Christian singers that seem to be making the most of 2016, in no particular order.

This singer from Louisiana has seen a meteoric rise through the CCM ranks since her first single, “How Can It Be,” was first released in 2014.

Known for a vulnerable and smoky voice that reminds listeners of world famous acts like Adele, Daigle has been riding a wave of popularity from her first album’s success. Her EP, which was eventually re-released as a full-length album, made it to #3 on Billboard’s US Heatseekers chart.

When it came time to release her first album, Daigle did not disappoint. “How Can It Be” hit #1 on the US Christian chart and 15th overall in the US. The title song may be the one that caught listener’s attention, but the young singer is far from a one hit wonder. Her follow-up singles, “First” and “Trust in You,” have hit even higher on the charts than the song that made her one of the most famous Christian singers.

After spending some time touring with other acts, Daigle has enjoyed much of 2016 headlining her own tour. With many of the shows selling out well in advance, it seems that the 25-year-old is resonating with audiences across the country. Adding Female Artist of the Year and Artist of the Year from the K-LOVE Fan Awards this year doesn’t hurt either. She went on to win three Dove Awards in 2016, including Artist of the Year.

Toby is no stranger to the Christian music scene. The first stage of his musical career started in the late 1980’s with DC Talk, considered one of the best Christian bands of all time.

Since the members of that band decided to go their separate ways, TobyMac has spent the last 15 years establishing himself as one of the biggest names in Christian music. Judging by his sold out concerts and 3 Grammys (7 if you count the DC Talk days), it’s safe to say the artist has been doing okay.

Toby released his seventh solo album, “This Is Not a Test,” in the fall of 2015. The album won a Grammy for Best Contemporary Christian Music Album this year and peaked at #4 on the Billboard 200. It also added a Dove Award in October.

Touring through Canada this fall, TobyMac will kick off a US tour early next year with hot acts like Hollyn, Matt Maher, and Mandisa.

Another musician who has been around the CCM scene for a while, Jeremy Camp released his tenth studio album, “I Will Follow,” in 2015. With over 4 million albums sold, Camp has had quite the career in Christian music.

Popular singles from his latest album include “He Knows,” “Same Power,” and “Christ in Me.” That last single is still doing well on the Billboard charts even almost 2 years after the album’s initial release.

Camp has staying power and his music has seen consistent success that would make any artist proud. With a Grammy nomination, 5 Dove Awards, and dozens of hits on the radio, Jeremy Camp should be one of the top Christian singers for a long time.

An unfortunate coincidence with Jeremy Camp, Danny Gokey has also experienced the loss of losing his first wife at an early age. Both men have used their situations to help others and to fuel their songwriting.

Gokey came to popularity through the reality competition show American Idol where he survived until the episode before the big finale of season 8.

Since his American Idol days, Gokey has released 3 albums, including a Dove Award-winning Christmas album titled “Christmas is Here.” His two non-holiday albums, “My Best Days” and “Hope in Front of Me,” produced the popular singles “More Than You Think I Am” and “Tell Your Heart to Beat Again” among others.

After a slow start in the early 2000’s Matthew West got his first taste of success with his first studio album, “Happy,” in late 2003.

Since then, the singer has grown in popularity with each new album release. Unfortunately, he had to take some time off in 2007 for vocal issues. After a successful surgery, though, West was able to jump back into his musical career.

All in all, Matthew West has released six studio albums. His latest album, “Live Forever,” featured recent hits like “Grace Wins” and “Day One.”

The singer has also taken on a few new job roles in recent years, acting in 2011's "The Heart of Christmas" and hosting the K-LOVE Fan Awards on two separate occasions with Candace Cameron Bure and Elizabeth Hasselbeck.

This summer, the artist won Best Lyric for “Grace Wins” at the K-LOVE Fan Awards in Nashville, TN. He was also up for Songwriter of the Year at the 2016 Dove Awards.

Battistelli grew up wanting to be a performer, a dream she finally succeeded at after a few different attempts at a musical career.

After a short run as an independent artist, the singer signed with Fervent Records out of Nashville and released her first studio album, “My Paper Heart.” The album wasn’t an overnight success, but it found an audience after a few months.

Singles from that first album include “I’m Letting Go” and “Free to Be Me,” the latter of which earned her a Grammy nomination. This launched her as one of the biggest female Christian singers, but she wasn't done there.

Three albums later, Battistelli has garnered another three nominations at the Grammys, including a win this past winter for Best Contemporary Christian Music Performance/Song with the powerful track “Holy Spirit.” The same song won her Worship Song of the Year at the K-LOVE Fan Awards.

When you combine her critical and commercial success with the birth of her third child this last spring, it’s easy to see why Francesca Battistelli is having such a good 2016.

Even if you don’t listen to Christian music on the radio or through a streaming service, there’s a very good chance that you have heard several songs by Chris Tomlin.

Considered one of the best worship leaders of all time, Tomlin has a Grammy and 19 Dove Awards (so far) on top of a mountain of other awards and nominations. In June 2016, he picked up a K-LOVE Fan Award for Song of the Year with “Good Good Father.”

Over the years, he has put out tracks like “Indescribable,” “Holy is the Lord,” “How Great is Our God,” and what feels like 100 other classic worship songs.

When he’s not working on albums or touring, he also spends a fair amount of his year planning and participating in the Passion conferences in Atlanta, Georgia. This event (or events, depending on the year) attracts tens of thousands of young Christians for several days of worship, Bible study, and social activism.

With over 30 million record sales under his belt, Chris Tomlin looks to gain even more listeners with his new album, “Never Lose Sight.”

This California native is a relative newcomer to the Christian music scene. After a brief stint in a heavy metal band and some time working on a church staff, Jordan Feliz moved to Nashville with very limited resources and signed with Centricity Music in 2015.

Feliz’ first single, “The River,” gained a lot of popularity with its fun soulfulness and catchy lyrics. After originally releasing the song on his debut album, “Beloved,” Feliz and Centricity added it and a handful of other songs from the album to his next project.

That project would become an album titled “The River.” Released on April 22, 2016, this album reached #71 on the Billboard 200 and #4 on the Christian chart.

Among his many early accolades is a nomination for Breakout Single at the 2016 K-LOVE Fan Awards and a win at the Dove Awards for New Artist.

Technically considered a country act, Joey + Rory found fame on the CMT show “Can You Duet” in 2008. After placing 3rd on the reality singing competition, the duo released a string of albums together, including “The Life of a Song” in 2008 and “His and Hers” in 2012.

As their musical careers went on, Joey + Rory started to write and sing more about their faith. “Inspired: Songs of Faith & Family” was the couple’s first step in the direction of gospel music. Released in 2013 through the Gaither Music Group, the album hit #31 on the Country Albums chart and #6 on the Christian Albums chart.

Sadly, Joey Feek was diagnosed with a terminal case of cancer in fall 2015. The couple’s last project together was “Hymns That Are Important to Us,” a cover album of favorite hymns that also featured a new version of their hit, “When I’m Gone.”

The album was released shortly before Joey passed away in March 2016. It peaked at the top of both Christian and Country Albums charts and even hit #4 overall in the US.

On top of their musical success, Rory Feek also wrote a Civil War drama, “Josephine,” which premiered at the Nashville Film Festival. A documentary about the couple’s life and music titled “To Joey, With Love” held a limited screening at theaters around the country as well.

Although his name has only received national attention in the last year or two, Ryan Stevenson has been playing music for the better part of 20 years.

Not pursuing music at all until his college days, Stevenson spent several years honing his craft in the Pacific Northwest before he released his first album. The singer was able to put out two albums as an independent artist, the first being “Running to You” in 2007. After a string of EPs and another independent album, Ryan signed with TobyMac’s Gotee Records a few years back.

His debut album under Gotee Records, appropriately titled “Fresh Start,” was released in the fall of 2015. “Eye of the Storm,” the hit single from the album, has hit #1 on both the US Christian Songs and US Christian Airplay charts.

It may have been a long time coming, but 2016 has been rather kind to Ryan Stevenson. This fall he will be touring with Newsboys and The Afters before kicking off on the Hits Deep tour with TobyMac next year.

Again, this is only a sampling of the talent that can be found in Christian music today. There are many other artists and bands worthy of an audience, but these guys are having an especially good year.

To see top Christian singers like these and others dominating the charts in person, click the link below to find out how you can make it to the K-LOVE Fan Awards in 2017.