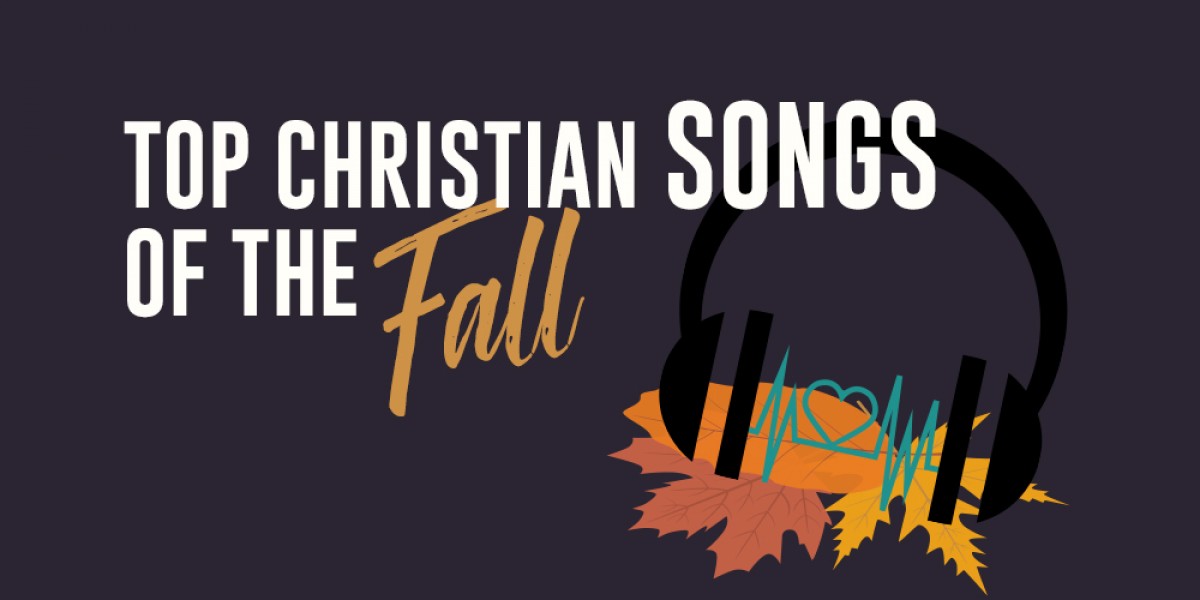 While you make plans for the upcoming tailgate or pull your favorite fall decorations out for this fun season, you’re going to want some new Christian music to pass the time. Whether listening to your local K-LOVE affiliate or perusing the music aisles of your area Christian bookstore, you’ll need to know about the top Christian songs of the fall to keep up to date. This season’s batch of top Christian songs is a who’s who of talent that ranges from worship music to hard rock to rap. See what’s new in Christian music and find your next favorite song below.

All of us encounter times of tribulation and face a reality that we never could have endured on our own. Through our faith in God and the love of others we can make it through these trying times. Lecrae’s newest single is all about this struggle and the importance of God and family. Partnering with St. Jude Children's Research Hospital, Lecrae speaks to the pain and frustration we often feel when we are going through an internal battle that others can’t see.

It’s hard enough to turn one song from an album into a popular single, but Lauren Daigle has found a way to produce five successful Christian songs out of her debut album, “How Can It Be.” Joining the ranks of songs like “First” and “Trust in You” (which has gold status), “O’Lord” is a cry out to God that we often feel ourselves praying during times of confusion or pain. We should always seek the Lord in trying times as He is faithful to hear us.

“Word of Life” is the first big single from Jeremy Camp’s latest album, “The Answer.” The singer has had a long string of encouraging hits throughout the course of his career, including songs like “Walk By Faith,” “Same Power,” and “He Knows.” The new single is another of the top Christian songs that speaks to listeners who are in a dark place and offers encouragement to reassure us that we have been changed and that God is calling us to something better.

The title track from Micah Tyler’s 2016 EP is a passionate call for change in his own life. One of the greatest marks of a believer is a noticeable change in their actions. This kind of transformation is something that happens from the inside out. By coming before God and praying for Him to cultivate us and mold us more like Christ, we are seeking to become something greater than we were before. The singer’s follow-up track to “Never Been a Moment” has already enjoyed 10 weeks on the Christian Airplay chart and doesn’t show any signs of dropping soon.

“Point to You” - We Are Messengers

Another song to enjoy multiple months on the charts is the latest from We Are Messengers, “Point to You.” After the group’s previous hit, “Magnify,” was nominated for Breakout Single at the 2017 K-LOVE Fan Awards, they’ve come back with a new single that affirms the Lord as our sole source for growth and change. Like “Different,” the song is about acknowledging the One who has the power to change us and seeking that transformation.

“Your Love Defends Me” - Matt Maher

Matt Maher has been behind several top Christian songs in the past like “Lord, I Need You,” “Because He Lives (Amen),” and “Christ is Risen.” His latest song is another comforting worship song that reminds us that God is there for us through any situation. Though we may feel trapped or lost at times, He is always in control and His love conquers all. This is a mellow tune that you can enjoy when you’re alone in the car or during the worship service on Sunday morning.

Although it’s been a few years since Brandon Heath’s hit songs “Give Me Your Eyes” and “Jesus in Disguise,” the singer still has plenty of good music up his sleeves. “Whole Heart” is a chill pop tune that shares the passion and love that can pour out from placing our faith in Christ. When we accept Christ, we are denying our own selfishness and embracing a grander scale of what it means to love. This song is about opening ourselves up so that we can pursue a greater love than the world can imagine on its own.

Skillet has released multiple platinum albums over the years and stands to this day as one of the biggest Christian rock bands of all time as well as one of the best crossover artists in Christian music. “Lions” is the fifth song from the band’s 2016 album, “Unleashed,” that has had success on the charts. Joining tracks like “Feel Invincible” and “Stars,” the song proves that the band is still killing it 20+ years in the business. The message of “Lions” is that we should our faith out in the boldest of ways. Our love should be genuine and pure, our words should matter, and our belief should be resolute.

A lot of today’s music is overpopulated with pop sounds and computer effects, but when you’re feeling a little nostalgic you can always count on Rend Collective to bring things back to the basics. This track is a great campfire worship song that sings the praises of the Lord. We serve a mighty God who cares deeply for each of us. What better topic could we sing about? If you like past hits from the band like “My Lighthouse” and “Build Your Kingdom Here,” you’re sure to enjoy the new single.

This song received some attention a while back after the premiere of its music video (found below), but “Jesus I Believe” has been doing really well on the charts lately. Many of us look for a special song, movie, or book to help us explain our circumstances and push us closer back to God. “Jesus I Believe” is an emotional song with an equally tearjerking video that just might be the anthem you need when life gets tough.

When we aren’t looking for comfort after a tragedy, we might be needing guidance as it comes to the decisions found in our careers, church life, and so on. Plumb’s latest single is one that will be a familiar prayer for those who have been praying intensely over a situation. The singer behind other desperate pleas to God in songs like “Lord I’m Ready Now” and “Need You Now (How Many TImes)” once again speaks to the struggle we often feel on the inside.

“The Cross Has the Final Word” - Cody Carnes

The last of our top Christian songs of Fall 2017 has been recorded by a number of artists in 2017. Cody Carnes released “The Cross Has the Final Word” in early February as a live recording. Newsboys put out a studio version recently that has been getting a lot of playtime. In that recording you will also find a reunion with Peter Furler that is exciting as well. No matter how you plan to enjoy the song, it sends a powerful message that can’t be ignored.

There’s some great new music to be found among the top Christian songs of this season. No matter what your musical preferences are, you should check out a few of these tracks and see what you think. At the K-LOVE Fan Awards we’re all about celebrating faith-driven music that impacts the Christian community. Each year we bring together some of the biggest artists in the industry for an amazing lineup of performances and special appearances. Click on the icon below to find out how your family can get in on the ultimate fan experience.