The Top Christian Songs of Summer 2017 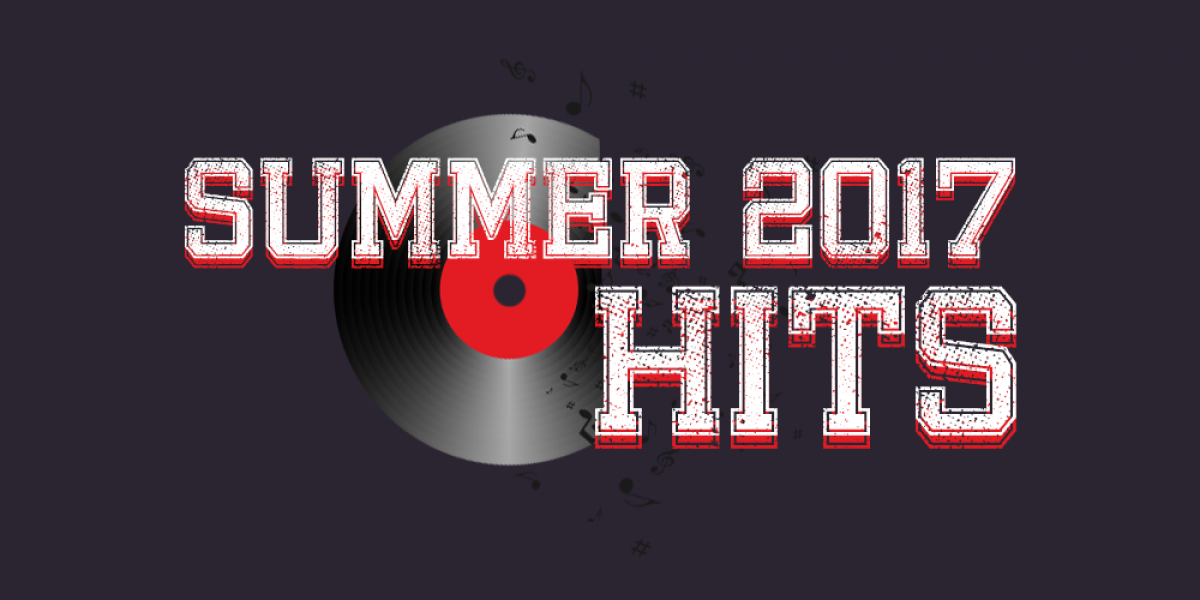 Now that we’ve officially passed the summer solstice and the days are getting shorter, it’s time to talk about the songs that are providing the soundtrack to the summer of 2017. From praise and worship to fun road trip music, the top Christian songs of summer are a great collection of encouraging music that will make the daily commute that much easier. Find out what music you should be listening to and perhaps you’ll even find a new favorite jam. Here are the top Christian songs this summer has to provide.

“Be the Change” - Britt Nicole

Britt Nicole has a long history of singing songs of encouragement that inspire listeners every day. “Be the Change” is a song about not sitting back and letting the world around you fall. If everyone is waiting on someone else to make an impact, then nothing will ever get done. Coming off the artist’s self-titled 2016 album, this summer hit will get you thinking about how you can make the world a better place.

Have you ever felt like maybe you weren’t good enough to ever be truly righteous? Does your past haunt you and keep you from ever fully realizing the power of God and the plans that He has for your life? In this Natalie Grant song we’re reminded that God is the ultimate decider of what is clean and what is filthy. You don’t have to sit around and accept your failures and sinful habits as a life sentence. God is eager to cleanse you and make you something more. “Clean” follows up on the singer’s powerful hit “King of the World” and is another great song featuring Grant’s talented voice.

Spending 20 weeks in the top five on the Hot Christian Songs chart, Lecrae’s “Blessings” has been enjoying the spotlight for a while now. The song is all about the importance of being grateful for the good things in life. Like many people, the rapper came from humble beginnings and has made a name for himself through the Lord’s good graces. When we lose sight of the role God plays in our successes, we open ourselves up to pride and a sense of entitlement that will destroy us later on. Lecrae also just released a new song called “I’ll Find You” with Tori Kelly that we’ll probably be talking about when we write up the top Christian songs of the fall.

One of the biggest songs of 2016 was the debut hit from Zach Williams, “Chain Breaker.” Among other honors, the song took home the award for Breakout Single at the 2017 K-LOVE Fan Awards. Williams’ follow-up is another hit that has a flair for that Southern gospel sound. We all go through times of trial and times of joy. “Old Church Choir” is about that feeling you have when you are completely at peace and feel the joy of the Lord moving in your life.

Coming from Kim Walker-Smith’s 2017 album, “On My Side,” this worship song has an amazing atmosphere to it. Fully immersive and powerful, “Throne Room” is the kind of song that allows you to lose yourself in complete surrender. It’s a great option for music in the car during the daily commute or for a packed stadium crowd. The track has been on the Hot Christian Songs chart for 14 weeks now and the album itself peaked at #1 in May.

Danny Gokey made a name for himself in the Christian market with stirring songs like “Tell Your Heart to Beat Again,” but his latest album, “Rise,” picks things up with a series of upbeat songs that will get you moving. The second single from the album is one of encouragement that acknowledges the setbacks that life puts before us, but tells us it’s never too late to try again. As Gokey shared at the 2017 K-LOVE Fan Awards after winning Male Artist of the Year, his own career has seen its share of trials. This song is about seizing the opportunity to come back from whatever has held you down.

“The Comeback” isn’t the only one of these top Christian songs that talks about pushing through obstacles. Citizen Way’s newest single is one that also emphasizes how we can overcome the problems we face thanks to the One who is walking with us. “Bulletproof” capture the idea that even though life is going to try and take us down from time to time, God is always at the helm. We may experience pain and frustration, but God will provide and He is the one who will give us victory in the end.

Another artist who dropped a new album in 2017 is Hollyn. The young singer has gained popularity in part due to her collaborations with longtime Christian music icon TobyMac. With energetic hits like “Love With Your Life” and “Alone,” the artist made a name for herself as an emerging talent to watch out for. Her newest song, “In Awe” is a much more toned down single that is pure worship. When we think about the enormity of God and the power of His love, we can only respond with awe and adoration.

Coming off his time with Royal Tailor, singer Tauren Wells has released an uplifting single in “Hills and Valleys.” It is the nature of life to repeatedly experience failure and success. These trials and triumphs can occur in our personal lives, at work, or in our health situations. No matter where we are in that cycle, we need to always keep our eyes on Christ. If we are struggling, He is our best option for getting out. When we experience success, we should thank Him for His blessings. Life is sometimes like a storm and God is the only One who can calm it.

One of the most popular worship bands in history is back with a brand new album. The first single off the album is the title track “Wonder.” Can you remember back to when you first came to faith in Christ? How amazing was that feeling? “Wonder” is a song about the moment of conversion when we realize that the world is so much bigger and there is something greater than ourselves and He wants to know us personally.

Ryan Stevenson was one of the fastest rising artists in 2016 as his song “Eye of the Storm” was one of the year’s top Christian songs. Now the musician is following up that song’s success with “The Gospel.” Similar to the Hillsong United track we just mentioned, Stevenson’s newest is one that celebrates the power of the gospel. The whole world is looking for meaning, love, and redemption that only the love of Christ can provide.

Matthew West is no stranger to any list of top Christian songs. Songs like “Grace Wins” and “Hello My Name Is” are just a few of the empowering songs that the singer has brought to the Christian genre. “Broken Things” examines the way in which God not only heals us but uses our struggles and imperfections to help the world around us. It’s nice to get a reminder of this idea which can also be found throughout scripture.

Probably the least-known artist on this list of top Christian songs, Mallary Hope doesn’t have a large catalog of music. That hasn’t stopped her recent single, “Now,” from becoming a popular tune though. Sitting on the Christian Airplay chart for 10 weeks now, the song has certainly found an audience. All about the presence of the Lord, “Now” tells us that God is by our side every moment of the day no matter where we are or what we are doing.

That will do it for the top Christian songs of Summer 2017. There are a lot of great artists out there who didn’t make it onto this list, but this is a good place to start. Christian music is always adding new musicians and encouraging songs to its lineup. Each year at the K-LOVE Fan Awards, we like to give the fans the opportunity to celebrate the singers and bands who have made the biggest impact on their lives. The ultimate fan experience, this event is always an exciting one that features spectacular performances and more. Find out how you can attend by clicking on the link below.