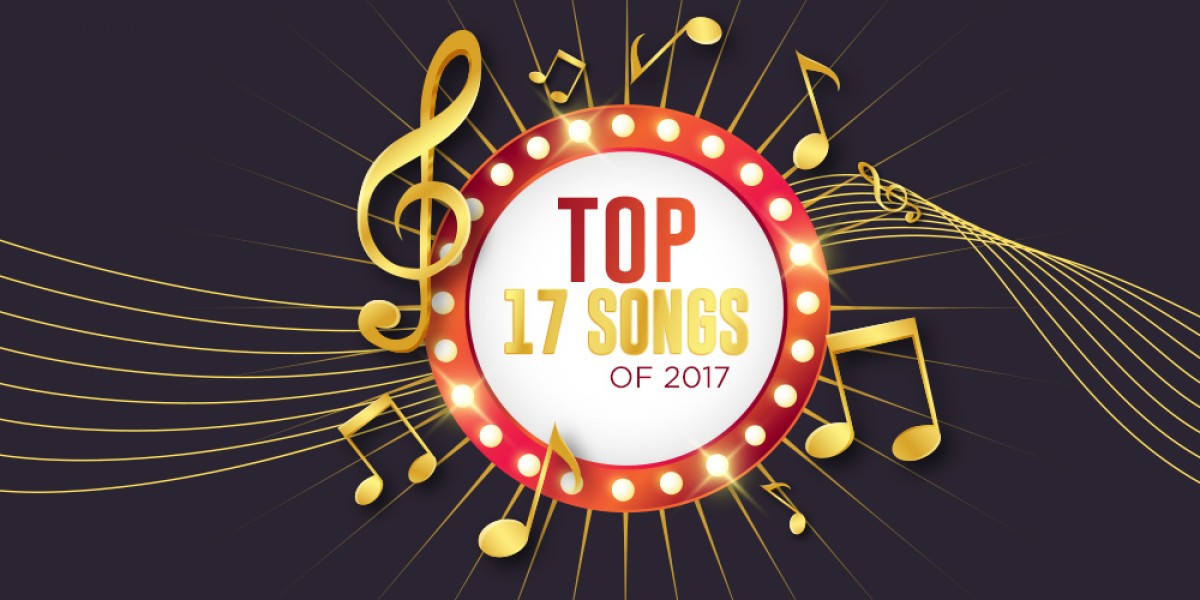 Some years move more quickly than others. We think we can all agree that 2017 has been one of the quickest ones yet. As the year comes to a close, we want to take time to recognize some of the top performing Christian songs of 2017. From Christian rap to worship bands to pop and rock and roll, the year has brought listeners a heaping portion of new music to enjoy for seasons to come. Here are a few of 2017’s top performing Christian songs.

We thought 2016 was the Year of Zach Williams, but the sequel has been just as exciting. Following up the success of last year’s “Chain Breaker,” the bearded singer has released another anthem that gets our hands clapping and feet stomping yet again. “Old Church Choir” has been sitting at the top of the charts since last spring and there’s no signs of it slowing down anytime soon.

The guys over at MercyMe will soon be enjoying the Hollywood treatment once “I Can Only Imagine” hits screens this coming March, but 2017 was kind to the band as well. “Even If” is easily one of the top performing Christian songs of the year. With a message of trusting the Lord even in times of pain and darkness, the song hit the right nerve with listeners across the country.

Lauren Daigle has quickly become one of the brightest young stars in Christian music thanks to hit songs like “How Can It Be” and “Trust in You.” Her latest single, “O’Lord,” is another anthem about crying out to the Lord and seeking His help. Like “Old Church Choir” and a few other songs on this list, the track has had consistent success throughout the year as different audiences find it and are inspired by its message.

There’s no denying that Lecrae is one of the best Christian rappers of all time. In fact, some circles would list him as the biggest Christian artist currently making music. His biggest collaboration in 2017 was with popular singer Tori Kelly for “I’ll Find You.” The song is one of encouragement and reliance on faith and family. With over 21 million views on YouTube, we just can’t keep it off the list of top performing Christian songs.

Around the time he was gearing up to host the K-LOVE Fan Awards for a third time, Matthew West released his latest hit song, “Broken Things.” The singer has long been a voice of encouragement for those in the Christian community who are struggling with self-worth. Songs like “Strong Enough” and “Hello, My Name Is” are all about accepting our weaknesses and asking God to give us the strength and identity that we crave. “Broken Things” is another song that speaks to this same issue and reminds us that we can still be of use no matter what our past looks like.

Micah Tyler is a relative newcomer to the national stage of Christian music. In the past he has dabbled in covers and parody songs, but 2017 was his year for getting a new level of recognition. The singer/songwriter’s first popular song was “Never Been a Moment,” but he quickly followed up with “Different.” It’s a moving ballad about wanting to feel the change that Christ brings to all who call on His name.

Speaking of being different, the latest song from Jeremy Camp is another that calls for God to make a difference in how we live our lives. If we’re ever going to change our behavior, wants, and passions, we need to experience His “Word of Life.” The song has been sitting near the top of the Hot Christian Songs chart for the better part of six months, easily making it one of the top performing Christian songs of 2017.

Needtobreathe’s latest album may have come out in the summer of 2016, but it’s been sitting on the bestseller list for nearly a year and a half at this point. The title track was released as a single earlier this year and immediately caught fire. On top of the original album version, “Hard Love” has been released in alternate takes with talented voices like Andra Day and Lauren Daigle accompanying with the vocals.

One of the fastest rising stars in Christian music is the talented singer behind “Hills and Valleys,” Mr. Tauren Wells. After providing vocals for the band Royal Tailor, Wells put out his debut album this past summer. “Hills and Valleys” is a special song that showcases the singer’s range, but it’s far from his only hit. More recently he appeared with Crowder on the song “All My Hope,” another one of the year’s top performing Christian songs.

“Magnify” - We Are Messengers

This Irish band is all about putting the focus on God. The group’s first single of the year came very early in 2017. “Magnify” is all about how we can reduce the chaos of doubts, worries, and trials by focusing on the Lord. The song was nominated for Breakout Single at the 2017 K-LOVE Fan Awards. Later this year the group also released “Point to You,” a song about using the problems in your life to highlight the change that Christ can inspire.

“Your Love Defends Me” - Matt Maher

Matt Maher has been behind several encouraging Christian songs over the years, including “Your Grace is Enough” and “Christ is Risen.” His popular song from 2017, “Your Love Defends Me,” reminds us that no matter what we are going through or what past sin is haunting us, we are covered by the love of God. In it we find our identity, our comfort, and our strength.

Known for the being the biggest Christian rock band active today, Skillet toned things down a bit to make “Lions” one of the top performing Christian songs of 2017. While it may not have the headbanging factor that most of the group’s other singles share, “Lions” has a similar tone of rejecting fear and being bold in how we are supposed to live our lives. When we decide to stop caring about the world’s priorities and focus instead on what God wants, we can “walk like lions.”

Some of the top performing Christian songs throughout history have dealt with the idea of grief and crying out to the Lord for help. In “Oh My Soul,” Casting Crowns faces fear and sorrow by reminding us that there is nothing wrong with enduring a time of difficulty. We are all imperfect humans living in an imperfect world. The idea behind the song is that we will eventually come to a place where we recognize God’s healing power and rest in that.

Ryan Stevenson became a household name with the popular song “Eye of the Storm,” but his hit-making days are far from over. This year he put out a song called “The Gospel” which listeners have been drawn to as well. The track has been near the top of the Christian Airplay charts for months now, showing that the message of a simple belief in the gospel is an attractive idea among Christian audiences.

Coming off of a short hiatus, inspirational singer Mandisa returned with new music in May of 2017. Songs like “Overcomer” and “Stronger” have established the vocalist as one of the best sources for encouraging Christian music. Her latest album brings us “Unfinished” as well as a new song tearing up the charts, “Bleed the Same.” She might have taken a break, but Mandisa’s music hasn’t skipped a beat.

It wouldn’t be a proper list of top performing Christian songs if we didn’t include one of the most popular worship-leading bands in the world. Coming off of last year’s moving live album, “Of Dirt and Grace,” the group has returned with fresh material in a studio recording. The title track is a powerful worship song with a catchy chorus that stands in awe of all of the amazing facets of God.

For our 17th and final entry on the list of top performing Christian songs of 2017 we have one of the year’s most captivating worship anthems. “Throne Room” is a total day-changer in that it draws the listener into an atmosphere of worship no matter where he is. Coming off of the singer’s April album “On My Side,” the song reminds us of the power we can feel when we come before the Lord.

That rounds out our list of 2017’s top performing Christian songs. If you want to hear artists like these and more of your favorites all in the same place, it sounds like you need to sign up for the K-LOVE Fan Awards. Each year we gather together the musicians, filmmakers, and other entertainers who are making the biggest impact in the Christian community for the ultimate fan experience. Find out how you can be a part of it all by clicking on the link below.