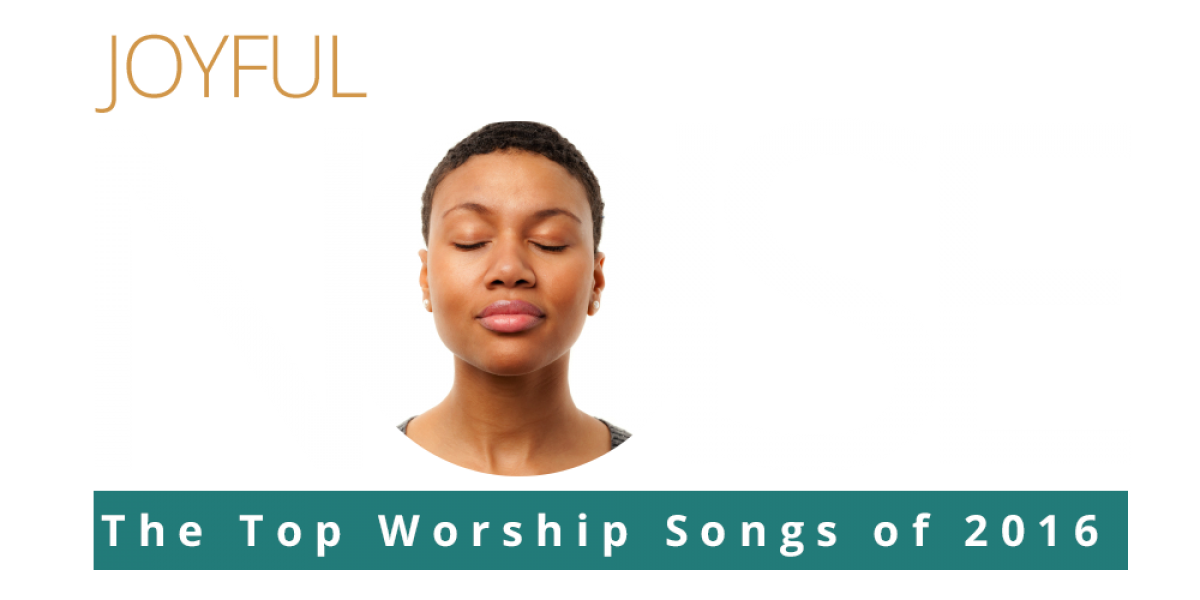 Praise and worship music has been at the foundation of Christian music for the length of its existence. Christians are hungry for music that feeds their spiritual bodies. While three songs on a Sunday morning are a great start, that still leaves the majority of the week where we might need some musical inspiration in our daily lives. To give you a few song recommendations, we’ve compiled a list of the top worship songs of 2016.

There may be a song or two that we missed, but the songs on this list have been met with commercial and critical success this year. We certainly wouldn’t hold it against anyone to prefer the “oldies but goodies,” but the songs below are the new batch of worship anthems you’ll be hearing in worship services to come. Take a look and maybe you’ll find a new favorite.

“Ever Be” - Top Worship Songs

Aaron Shust released the EP, “Ever Be,” in early 2016. The EP, which features the hit worship song of the same name, was Shust’s newest offering since 2015’s “Doxology.” Though most listeners know the singer from his most successful song, “My Savior My God,” Shust actually has seven albums and a Christmas EP up to this point.

“Ever Be” is the artist’s most successful single since 2011’s “My Hope Is In You.” The singer is primarily known for his worship music as he does lead worship at his home church in Pennsylvania. His latest single reached #3 on Billboard’s National Christian Audience chart.

“Behold (Then Sings My Soul)”

In the fall of 2016, Hillsong Worship (formerly Hillsong Live) released its newest album titled “Let There Be Light.” With over 20 albums made since coming together in the 80’s, the group is one of the most prolific worship bands in music history.

Along with “Behold,” another top worship song from the album is “What A Beautiful Name.” This album also features singer Brooke Fraser, who took a short break from the band’s recordings for a solo career. Spoiler Alert: this isn’t the only appearance from the Australians on this list.

“Great Are You Lord”

If you’re new to this song, you probably only know it only as performed by One Sonic Society. While their rendition of it has seen a lot of success this year, we would be mistaken to forget the All Sons and Daughters version that was previously released. Each of the bands are relatively new to the scene, but you probably remember some of the members from One Sonic Society from their days in Delirious?.

Both groups are known for putting out some of the top worship songs recently, so you can pick whichever version you like most for this list. You know a song is good when two different artists can cover it within two years and each group has success. Just for good measure, here’s another version of the song from a 2015 Casting Crowns album.

One of the hottest songs of 2016 also happens to be one of the top worship songs as well. For anyone who listens to Christian music, it should be no surprise to find Chris Tomlin tearing up the charts.

“Good Good Father” is the new single off of Tomlin’s 2016 album, “Never Lose Sight.” Released long before the album, the song has already won Song of the Year at the K-LOVE Fan Awards and the Dove Awards. If you haven’t heard the song yet, it should be coming to your church’s worship service soon.

“Oceans (Where Feet May Fail)”

You may be thinking “Didn’t that song come out in 2013?” Why, yes, it did! Since being released on Hillsong United’s “Zion” album, the song has sat at or near the top of pretty much every Christian song chart to this day. With over three years of domination, it would be hard to leave this song off the list of top worship songs.

While the whole song is great, the bridge is where the song really shines. It goes: “Spirit lead me where my trust is without borders / Let me walk upon the waters / Wherever you would call me / Take me deeper than my feet could ever wander / And my faith will be made stronger / In the presence of my Savior.” Check out their special video for the song below.

“O Come to the Altar”

Released in early 2016, Elevation Worship’s album “Here as in Heaven” is a powerful album that can fix whatever bad mood you may be in. The album features many strong worship anthems, the most popular of which is “O Come to the Altar.”

While the album hit #1 on the Top Christian Albums chart, the song “O Come to the Altar” enjoyed about 7 months on the Hot Christian Songs chart. Sounds like one of the top worship songs to us. Check out a live performance below.

It’s hard to find a more worship-filled atmosphere than an arena at the Passion Conference. Each year a CD is released to commemorate the conference, with this year’s offering being “Salvation’s Tide is Rising.”

The most popular entry to this album is “Remember,” an anthem that promises to be one of the best worship songs for years to come. Along with powerful lyrics, this song is one that will inspire you and get you on your feet. Passion has brought Christian listeners several great worship songs in the past, so it only makes sense for “Remember” to make the cut.

Similar to Elevation Worship, Vertical Church Band is a church worship band that has made a name for themselves in the Christian music scene. WIth their latest album, “Frontiers,” the group hit #2 on the US Christian Album chart.

“Exalted Over All” is an uplifting stadium anthem that will certainly be popular at youth conferences and worship services. For more information on Vertical Church Band and other worship teams like Elevation, check out an article we wrote earlier on the subject.

Back again, this is the second single from Chris Tomlin’s latest album. While “Good Good Father” is getting most of the airplay, “Jesus” is an excellent addition to Tomlin’s list of hits. As one of the top Christian singers of the year, you can count on Tomlin to write a song that is both inspiring and contagious.

With this Christian singer, it never really takes too long to come up with one of the top worship songs of 2016.

In case you haven’t had your fill of Hillsong Worship, “One Thing” is a worship anthem from the group’s 2015 album, “Open Heaven / River Wild.” Constantly churning out popular worship songs each year, the Hillsong machine is consistent and reliable.

“One Thing” is yet another stadium song, but the acoustic performance found below is pretty great too. This is an extremely talented worship collective, so just about any rendition of the song will be worth checking out.

Having so many different options for worship music is a great problem for Christians to have. We hope this has provided you with some new top worship songs to get you caught up for the year.

It can be difficult to keep up with all of the Christian musicians and songs that come out in a year. Lucky for you, the K-LOVE Fan Awards gives you the opportunity to see all of the best artists performing live in person. On top of musicians, the ultimate fan experience also includes Christian filmmakers, athletes, and other celebrities.

If you would like to know more about how you can attend the next K-LOVE Fan Awards, click on the link below.