What to Watch on Pure Flix: Recommendations for the Family 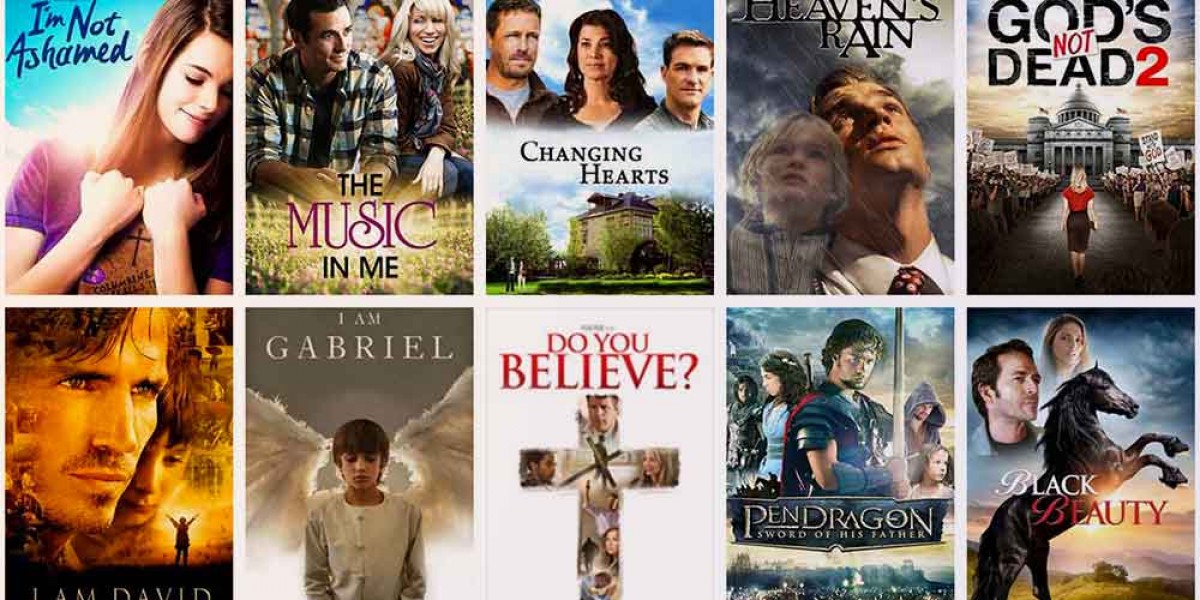 As we have grown accustomed as a society to streaming movies from home, a number of different services have sprouted up. Some streaming companies are aimed at fans of horror, classic films, or international titles, but one that has been offered for the Christian demographic is Pure Flix. For those who have any experience with these services, you will know how often it happens that you will sit at home browsing the movies and TV shows being offered only to run out of time or call it quits out of frustration. Users who have Pure Flix or are curious at what some of the options from the company are, we want to offer you a sampling of what to watch on its service. Although you can see plenty of older television shows and movies that don’t strictly fall under the banner of “Christian” on Pure Flix, below you’ll find some of the recent faith-based works you can enjoy through the service. Titles come and go over time, but this is what to watch on Pure Flix today.

The story of Lee Strobel’s journey to faith is a rich drama for adults and teenagers. “The Case for Christ” walks with Strobel in his days as an investigative reporter when he set out to test out the claims of the Bible. Not only does the movie deliver entertainment, but it’s a great conversation starter for your family.

A film from 2003, “I Am David” shares the journey of a young boy who escapes from a Communist concentration camp. As he travels to freedom and looks for a place where he can safely belong, David comes across several people willing to help him. One of these is played by Jim Caviezel from “The Passion of the Christ.”

Some of the best titles to watch on Pure Flix are the Christian movies produced over the last decade or so. “Do You Believe?” is an ensemble drama following different individuals who are faced with the question of how much faith they really have. Some of the big actors involved in the project include Academy Award winner Mira Sorvino, Sean Astin, Delroy Lindo, and Lee Majors.

One of the early films to stake a claim in the Christian movie business was 2002’s “The Climb.” Produced in part by the Billy Graham Evangelistic Association, the movie follows two men seeking to conquer a dangerous mountain. Along the way, they will have to work together and believe in a higher power to complete their mission.

A young girl finds adventure when she discovers a group of female rodeo performers and eagerly hopes to join their ranks. “Cowgirls ‘n Angels” is a family friendly film with a few familiar faces in the cast, including Academy Award nominee James Cromwell. If you like the first movie, there’s also a sequel to enjoy.

Along with a few sitcoms and documentaries, Pure Flix has among its original titles a few comedy specials from Christian comedians like Chonda Pierce and Michael Jr. “Pure Flix Comedy All Stars” brings together a collection of comedic performances from a number of Christian funny people.

Following the format of several Hollywood films over the years, “What If…” takes a man who has it all and allows him the chance to see how things would have gone if he had made a different decision at an important point years earlier. Kevin Sorbo stars in this drama which highlights the differences between “having it all” by the world’s standards and what it means to accept the calling God has given you.

For a dramatic story based on true events, look no further than this adaptation of the life of Corrie Ten Boom. When her family decides to help those seeking to escape the Nazis, they must trust the Lord and believe He is watching over them even through the worst of situations.

“Hometown Legend” is a 2002 football movie adapted from a Jerry B. Jenkins novel. The story entails a small town with a historic team who sees the return of a legendary coach in its hour of need. Terry O’Quinn and Lacey Chabert star in this fun tale of middle America and young dreamers.

A film series highlighting the importance of hard work and helping out the people around you begins with “The Ultimate Gift.” When a spoiled young man from an elite family loses his grandfather, he learns the old man’s fortune is his so long as he completes a list of objectives designed to teach him a lesson. James Garner, Brian Dennehy, and Bill Cobbs are just a few of the impressive actors featured in the first film. Later, the movie led to two sequels: “The Ultimate Life” and “The Ultimate Legacy.”

One of the most exciting Christian shows to recently come out is next on our list of what to watch on Pure Flix. “The Chosen” presents the story of the Gospels in a dramatized way, giving greater understanding of each important character touched by Christ’s ministry. Outside of paying the production company directly via its website, Pure Flix is likely the easiest way you’ll be able to find it.

The next time you’re looking for something to stream at home and you are a Pure Flix member, we hope you’ll consider one of the projects listed above. Maybe we can save you 15 minutes of scrolling. Whatever entertainment choices you make, we know at the K-LOVE Fan Awards how important it is to have quality faith-based programming to enjoy. That’s why we celebrate the filmmakers, musicians, authors, and athletes who are making an impact in the world today. To find out how you can join us for the ultimate fan experience at the annual K-LOVE Fan Awards, click on the link below.