Who Were the Pilgrims: Does It Matter to Today's Christians? 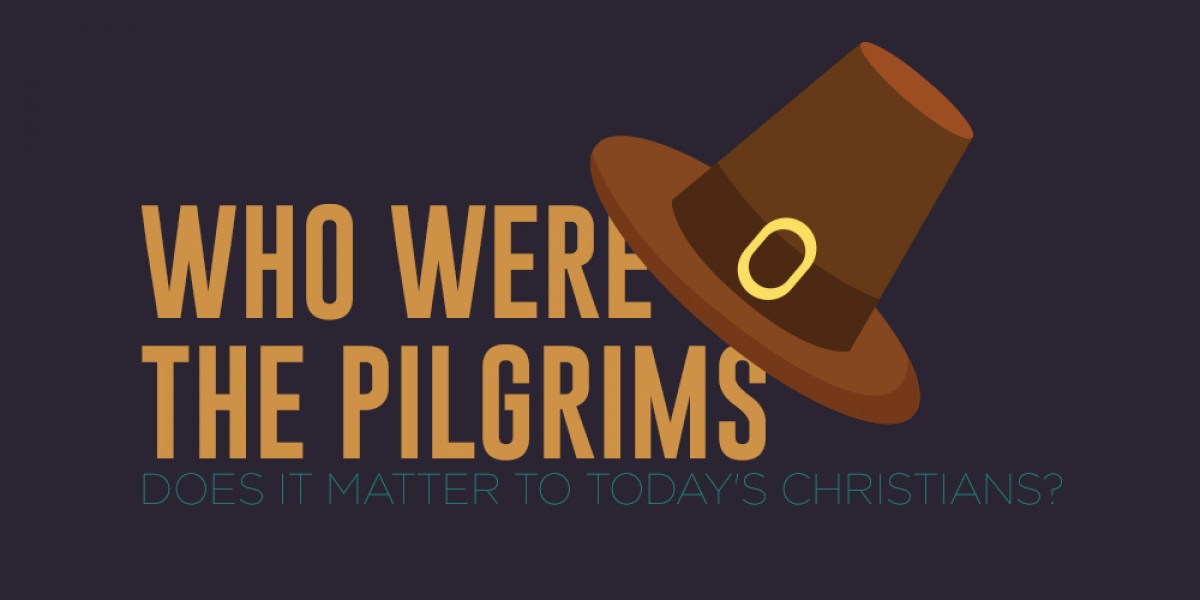 As we celebrate Thanksgiving, it is a time to thank the Lord for all that He has done for us and to enjoy time with family and friends. Over the years this tradition of breaking bread together has been passed down from the days of the Pilgrims and Native Americans, or so we were taught in school. Who were the Pilgrims, really? Can we learn anything from their example that will help us today? History is a complex subject full of interesting, but flawed people who made tough decisions and forged a new path. We think there is plenty to think about when looking at the story of these early Christian settlers.

Who Were the Pilgrims? A History Lesson

To understand why the Pilgrims left Europe to settle in a “new world,” we need to know why the old world was an unsuitable home for them. The 16th century was a tough time for just about any religious person in England at one point or another. We just celebrated 500 years since the Protestant Reformation officially began with Martin Luther in Germany. It took some time for this movement to gain traction throughout Europe, but the early 16th century set the tone for a tumultuous century in Christian tradition. Another large division was formed in the 1530’s when King Henry VIII of England created the Church of England and renounced the papal authority of Rome after personal disagreements formed. Toss in the decades of religious persecution between Catholics, Protestants, and other factions and you’ll see just how crazy things can get. So, who were the Pilgrims and how are they involved here?

The Pilgrims, or Pilgrim Fathers, were made up of a group of Puritan separatists who did not wish to be tied to the Church of England. Conducting services that did not pay homage to the official church was an offense that could be punished by fines and possibly imprisonment, so it’s understandable that these people would wish to find a better home. A number of these parishioners originally moved to the Netherlands in the early 17th century, but multiple factors played into a change of course. While Holland was a somewhat suitable alternative to England, it became clear that the group needed an entirely new colony where the people could hold onto their religious and cultural traditions without being enticed by the outside world or swayed against their convictions. In order to fully comply with the life that God was calling them to, the decision was made to set sail for America.

Although the trip between Holland and America today is only about eighteen hours on a plane and a thousand bucks, the Pilgrims were looking at years of their lives and the risk of death or financial ruin. These separatist Christians made it to Massachusetts in late 1620, but their journey was far from over. They would soon encounter the native people and learn how to start a civilization from scratch. The colonists’ relationship with the Native Americans was somewhat strained by the fear of the unfamiliar as well as the natives’ experience with other white Europeans who rarely had the best intentions. Once communication was formed and alliances were made with faithful native friends like Squanto, the Pilgrims were ready to thrive in their new home and pursue God in the traditions they held true.

Who were the Pilgrims when it comes to this holiday? We often associate the first Thanksgiving celebration with the Pilgrims and their native allies, but there’s actually a bit of controversy over the holiday’s origin. What we can know for certain is that the Pilgrims were a Christian people in search of a home in the New World, one they were able to find thanks to the Lord’s provision and the help of new friends. Once they discovered just how great a blessing God had bestowed on them, they were surely thankful.

Christian Principles in Foundation of America - Who Were the Pilgrims?

We find an interesting answer when we ask “Who were the Pilgrims?,” but we know it’s also an important one as these people helped the United States gain its footing as a Christian nation and set an example for us today. When we look at the country’s principles, we can see the influence of early Christian settlers like the Pilgrims.

For starters, let’s look at the religious freedom granted to all Americans in the First Amendment of the Constitution. The Pilgrims, along with other Bible-believing settlers, knew that Europe had seen too much bloodshed and turmoil thanks to the imposing of state religions. Even if you were to theoretically follow the religion that is put in place, the rules and tenets of said beliefs could be changed at the whim of any new ruler. The separation of church and state is an idea meant to safeguard both the people and the religions themselves from being hijacked.

One sentiment that came from this group of people and pervades through to society today is the Protestant work ethic. This attitude revolves around the idea that the best way to live is to adhere to Biblical principles and to live with your nose to the grindstone. Through hard work and reliance on God, fruitful living can be found. We’ve seen throughout the history of the United States how this principle has led to innovation, enormous progress in industry, and a country where anything is possible. Even those who wouldn’t call themselves Christians have been instilled with this idea in the Western world today. It’s the same principle that early settlers like the Pilgrims believed in.

So we know that these pursuers of religious freedom played an integral role in settling the Massachusetts area as well as instilling Godly ideas in the early colonies, but why should that matter today? Here are a few quick lessons we can learn from these Puritan voyagers.

As we celebrate Thanksgiving and ask ourselves “Who were the Pilgrims?,” we should remember those who came before us and paved the path that we walk today. Also, we should praise the Lord for the wonderful work that He is doing and the complex narratives that He is constantly spinning toward His will and purpose. Who were the Pilgrims? Christians who were willing to follow God wherever He lead them, even to a strange new land.

Just like understanding the importance of history and knowing the answer to "Who were the Pilgrims," the folks at the K-LOVE Fan Awards know that music and other forms of entertainment are a daily part of the lives of today's Christians. The stories we hear and the music that moves us allow for us to enrich our faith and more boldly follow Christ. At the K-LOVE Fan Awards, we celebrate the impact of Christian entertainment by bringing together the biggest names in film, music, sports, and more for the year's biggest event. Find out how you and your family can be a part of the ultimate fan experience by clicking on the link below.