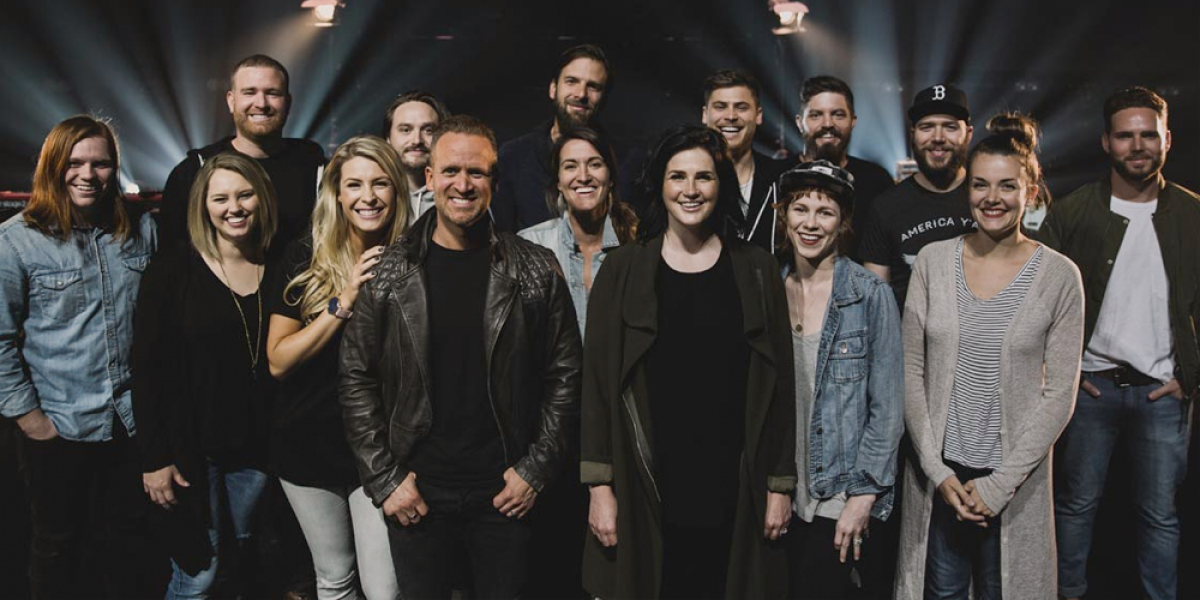 As we kick off the new year, you’re probably trying new things or setting goals for yourself. Wouldn’t those experiences be so much better if you had some new Christian albums to go along with them? Just like your personal calendar, the slate for new Christian albums in January can be a little sluggish, but we have found some of the month’s best offerings for your listening ears. January 2019 saw the celebrated return of a beloved Christian artist as well as some exciting additions from musicians and groups of varying notoriety. Without further ado, here are some of our favorite new Christian albums from the first month of 2019.

Just like you can count on the Macy’s Parade to kick off on Thanksgiving morning, the Passion conference has become a mainstay event during the early days of a new year. With each new conference comes a themed album. “Follow You Anywhere” is a collection of live performances from the 2019 Passion conference. These songs of worship feature well-known artists who have long been associated with the young movement, including Kristian Stanfill, Crowder, and others. Along with the title track, some of the most popular tracks include “Bigger Than I Thought,” “Behold the Lamb,” and “Fade Away.” Even if you’ve never experienced the live event for yourself, these annual albums are a great way to be part of the wonder.

If you enjoy live music, you’ll be excited to know Passion isn’t the only group with a live worship album in January 2019. Bethel Music has easily become one of the most popular names in Christian music and has launched the careers of several great acts. “Victory” has plenty of oomph in it, with songs like “Ain’t No Grave” bringing a percussive aspect to the worship experience. Longtime fans of the worship group may notice the absences of Steffany Gretzinger, Amanda Cook, and others on the album, but there are plenty of favorite voices (Cory Asbury, Brian and Jenn Johnson, Josh Baldwin) still to be heard. Our clear frontrunner from “Victory” is its first track, “Raise a Hallelujah.”

When a band goes on a hiatus, fans never know what to expect. It could be a short sabbatical or the break may be permanent. We know Switchfoot fans had to be overjoyed upon discovering the band was back with a new album in “Native Tongue.” Only about a year since the planned break, the group releases its first record since 2016’s “Where the Light Shines Through.” “Native Tongue” is a great blend of what we’ve come to expect from the band over the years with just enough innovation to keep things fresh. The title track is pretty great, but we also enjoy “The Strength to Let Go” and “All I Need.”

If you’re looking for the best bang for your buck in this month’s batch of new Christian albums, we suggest you look to “O Great Love” from Robbie Seay Band. As a self-proclaimed “best of collection,” the album features 20+ tracks and nearly two hours of runtime. The group has more than 20 years of musical expertise packed into “O Great Love” and the album is a soothing, spiritual reflection we can all take part in. Some songs (like “Your Love is Strong” and “Beautiful Scandalous Night”) are more familiar than others, but all have a certain peace-inducing effect that is hypnotic and infectious. Fans of the band, and Christian music in general, should check out the album wherever they can.

Fans of Phil Wickham will of course remember the artist’s 2018 album by the same name. This time, however, the singer is back with an intimate live recording which adds a new dimension to the album. “The House Sessions” is a nine-track album (shorter than the original 13) that functions as a collection of acoustic renditions listeners will love. This stripped down sound is especially beneficial for tracks like “Song in My Soul” which come across with a unique presence when the bells and whistles are removed. We also enjoy “How Great is Your Love” in this new recording atmosphere.

This month may have been a little light in volume for new Christian albums, but there are plenty of great records to check out. Just in case you want to gift your ears with the month’s most talked about singles as well, here are some of the biggest songs making their debut.

First up is Danny Gokey with “Haven’t Seen It Yet.” The singer has carved out a niche when it comes to encouraging Christian music and he further solidifies that here. “Haven’t Seen It Yet” reminds us that although we haven’t experienced victory in our lives in a while, it doesn’t mean God has forgotten you or that His promises are no longer true. Another of the month’s new singles was the live track “Whole Heart (Hold Me Now)” from Hillsong UNITED. The song is yet another stadium jam from the famous worship group which believers can enjoy and most likely hear at their local churches soon enough.

We’ve felt something of an emphasis on live recordings this month, a theme which continues with “Just As I Am” from Matt Maher. Originally found on the artist’s 2017 album, “Echoes,” the song has a new version recorded from the factory floor of Steinway and Sons. The historic piano company gives Maher’s classic a wonderful venue for a moving performance we won’t soon forget. Another well-known worship leader, Cody Carnes, gifted listeners with a piano song of his own in “Nothing Else.” The song takes us back to the basics and reminds us what really matters in this life. We recommend it as a spiritual palate cleanser for your day.

“All the Same” by Vineyard Worship is a uniting call to worship about how God loves all of us equally in spite of our differences or unique circumstances. In a time when division is popular, a song that highlights how we are the same in Christ is more than a little appealing. Closing things out for us this month is “joy. (R3HAB Remix)” from for KING & COUNTRY. The song was a smash hit for the group when it debuted last year, now the remix allows fans to enjoy things a little differently. It only makes sense for a song about joy to get an energetic remix like this one.

The K-LOVE Fan Awards is dedicated to the artists, filmmakers, athletes, and authors (and their fans!) who glorify God and create family entertainment year after year. Find out how you can join us for the ultimate fan experience by clicking on the link below.