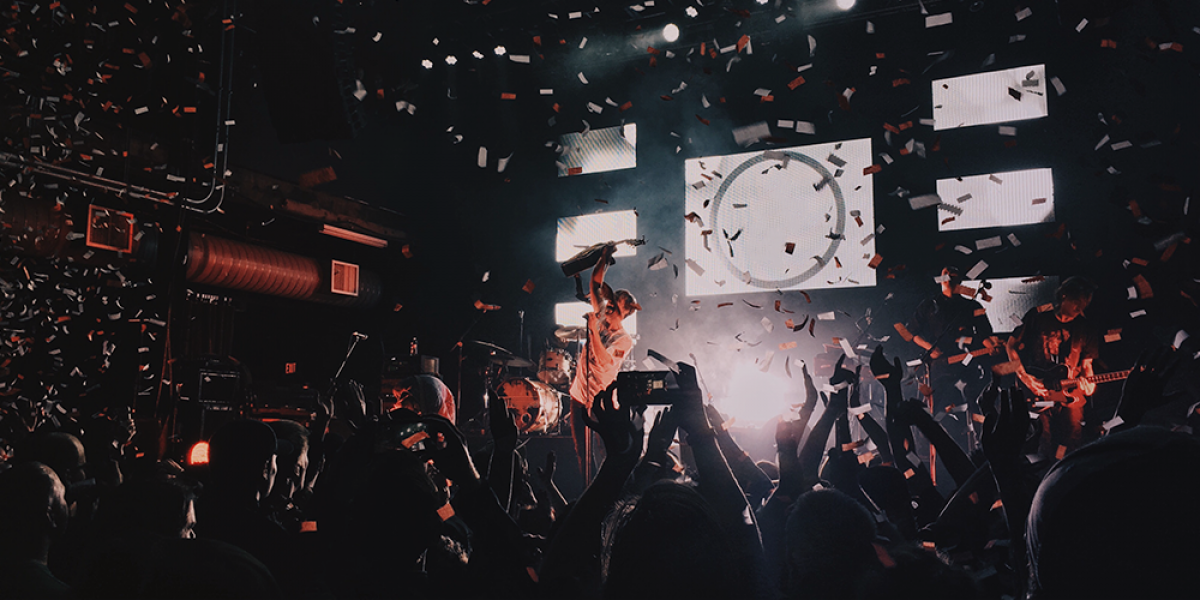 Few things can match the electricity in the air during a live music event. As any avid concertgoer can tell you, however, there are all kinds of different shows. Depending on the size of the room, the music being played, the audience, and several other factors, you could be in for a soulful time of reflection or a wild and crazy party. Breaking things down even further, there are also differences between Christian concerts and secular music events featuring popular bands. Before we compare and contrast these differences, we want to first say there is nothing wrong with enjoying a little of both. Not every concert a Christian attends has to be one where prayer and worship of God are routine. Just like movies or books, your entertainment can be something of a healthy balance. Here are some of the differences we find when looking at Christian concerts vs. their secular counterparts.

The Cost of Christian Concerts vs. Secular Music Events

When pricing a music event, there are a few variables that will determine how expensive the night will be. The first, of course, is who is playing. Name recognition and how well your music is received dictate how much an artist can charge for tickets. If no one knows the artist or her work, the audience won’t be willing to fork over too much cash in exchange for a ticket. The bigger an artist is, the more he can charge. That’s why a platinum ticket to the farewell tour of Elton John costs more than $1,000. No, that doesn’t even include a meet-and-greet. It just gets you on the second row. Compare this with the farewell tour of Christian rock group Third Day.  The most expensive tickets at these events were maybe $200 and they included several benefits that Sir Elton John sure isn’t providing. Clearly this cost analysis isn’t a dig at the Mac Powell-led band, but it serves as a reminder that secular music events featuring world-renowned performers will cost substantially more than even the biggest Christian artists nine out of 10 times. That one exception is when comparing the more expensive ticket options at Christian concerts versus the most basic nosebleed seat at an arena performance by someone like Elton John. You could easily spend more on a VIP experience with Lauren Daigle than the worst seat in the house at a Lady Antebellum show.

The artist playing is clearly the main driving force of setting a ticket price, but other things like venue space can also be important.

The Environment at Christian Concerts vs. Secular Music Events

Many Christian shows take place at churches or small venues, whereas someone like Justin Timberlake is only going to play arenas and large, historic music venues. This not only affects the cost of an event, but the environment as well. Unless you are attending Winter Jam or a similar tour that brings together a large number of artists, Christian concerts will probably have less than a couple thousand people in attendance. Compare that to Timberlake’s 20/20 world tour in 2014 which averaged around 15,000 fans at each stop.

All that to say that crowd size is certainly part of the environment one can expect at a concert. Depending on how dedicated an artist’s fanbase is, some secular shows may be similar to Christian concerts in the level of praise and adoration being expressed. Lady Gaga, for example, has a large following of fans called “Little Monsters” who undoubtedly will follow wherever she leads. At the risk of sounding prudish, we’d also mention that many secular concerts involve more debaucherous activity and heavy drinking.

Christian concerts are in some ways an extension of a church worship service. While you can expect plenty of hollering and an overall fun experience, it’s not unusual for a show to turn the corner into pure worship. A band like Big Daddy Weave can easily turn that corner with songs like “Jesus I Believe” and “The Lion and the Lamb” essentially serving as worship ballads.

The Purpose in Christian Concerts

There is a reason why Christian concerts typically feel different from secular shows. That’s found in the purpose. Sure, people are making a living one way or another. No one would be surprised to discover Danny Gokey turns a profit at one of his shows. That’s because these artists, just like secular bands, are trying to make a living. But purpose is different from financial motivation.

Not to take anything away from secular acts (especially those who are made up of Christians, but don’t belong to the genre), but Christian concerts are about more than entertainment. Every band wants to put on a good show and there’s nothing wrong with that. Christian bands, however, are also proclaiming the truth of God’s word at each tour stop. P!nk, a world-famous singer outside of the Christian genre, talks about the importance of family, love, standing up for yourself, etc. in her music, but there is nothing Biblical about her concerts (Quick note: We’re not picking on P!nk, but making a point about secular music in general). Christian concerts have a gospel to share and a savior to worship.

This purpose isn’t just contained to the performance, as some Christian bands will also set up areas for getting involved with charitable organizations or have pastors on hand for anyone who needs spiritual guidance. It may be a delicate line to straddle at times, but Christian concerts are about feeding the spiritual soul as much as they are entertainment.

Which Should I Attend? Why?

If you’re a Christian looking for permission to attend a secular concert, consider it granted. We’re not trying to limit your entertainment choices so long as you’re staying consistent in your convictions with the Holy Spirit. You are not a worse Christian for having seen Kelly Clarkson that one time. For someone who has never been to a Christian concert, we encourage you to experience one soon. Both provide interesting opportunities to hear talented musicians, but Christian shows are all about praising God and joining a large group of believers in worship. That spiritual element definitely gives an edge to Christian concerts. When it’s all said and done, though, music is music and we encourage anyone who loves to hear it live to seek it out wherever they are comfortable doing so.

Of course, if you want to see the year’s best in Christian music, you’re going to want to be a part of the K-LOVE Fan Awards. To join us for the ultimate fan experience, click on the link below.