Christian Publishers and Their Most Famous Books 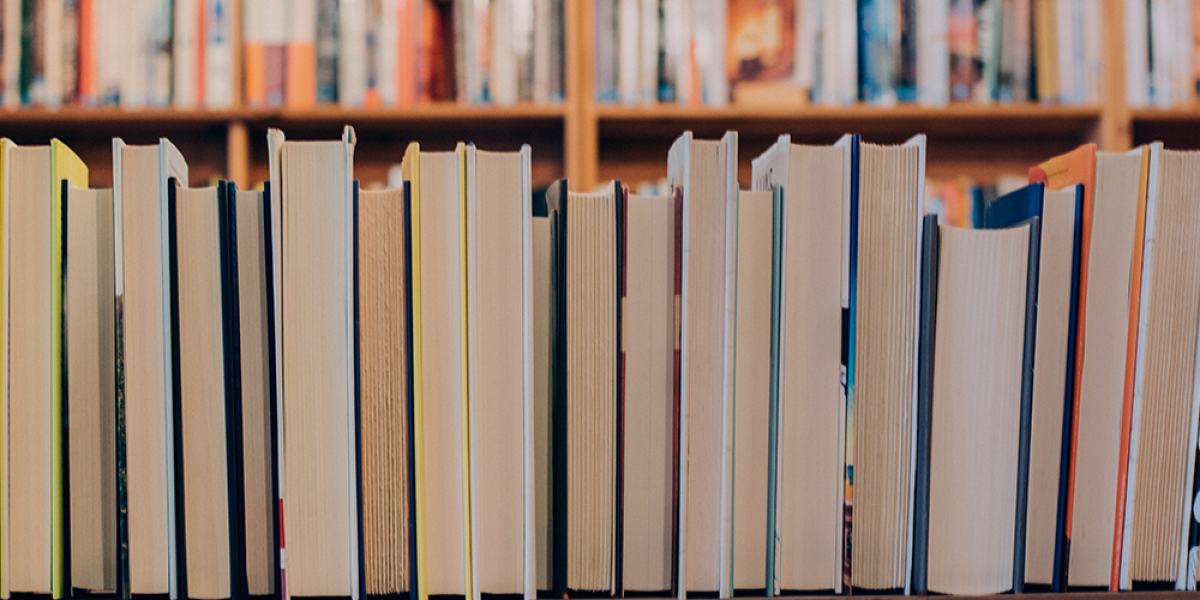 Have you ever wondered who puts out the Christian books you love to read? We often keep track of authors whose work we enjoy, but there isn’t much thought about Christian publishers on the part of consumers. Many of these publishing groups have long histories and are responsible for the books that have shaped our lives today. From fictional stories to vital church resources, these Christian publishers are an important part of the reading community. Imagine how things would be different without entities like these who care about Christian audiences. In recent decades there have been mergers and new groups popping up that have drastically changed the literary landscape. The six Christian publishers we’ll highlight in this piece serve different needs for readers and give us the opportunity to learn about all that we hope to ponder in our faith-filled lives.

If you’ve ever read a New International Version (NIV) Bible, it’s probably thanks to Zondervan. Since the translation’s release in the 1970s, Zondervan has been the sole provider in North America. The company was started by two brothers, Pat and Bernard Zondervan, during the Great Depression. The duo published their first book out of their mother’s farmhouse in Michigan. Soon they would require a more elaborate arrangement. The NIV continues to be one of the best-selling Bible translations today, but it’s not the only popular Christian book published by Zondervan. The company had another hit in 2002 when it published “The Purpose Driven Life” by Rick Warren. What else can you call a book that was on the New York Times Bestseller List for two whole years? “The Purpose Driven Life” sold more than 30 million copies in its first five years in print.

Mark Batterson (“The Circle Maker”) and Lee Strobel (“The Case for Christ”) are two more famous authors who have published through Zondervan. Want even more big names? How about Gary Thomas (“Sacred Marriage”) and Christine Caine (“Unashamed”)?

Like Zondervan, Thomas Nelson was recently acquired by HarperCollins Publishing. The two companies form HarperCollins Christian Publishing today. One area where Thomas Nelson differs from Zondervan, however, is in history. Thomas Nelson was formed by a man of the same name in Scotland near the end of the 18th century. Along with reprinting classic works, the company also published copies of the Bible. Thomas Nelson stayed under family control for over a century before being shuttled around and/or sold to other parties. In the 1980s, the company released the New King James Version of the Bible, a task that took the better part of a decade to complete.

As for modern famous books under its brand, Thomas Nelson has more than a few. Max Lucado has published many of his books under Thomas Nelson, including “You’ll Get Through This,” “Anxious for Nothing,” and “Before Amen.” Lysa Terkeurst partnered with Thomas Nelson for all of her most popular books (“Unglued,” “Made to Crave,” “Uninvited,” and “The Best Yes”). When it came time to release Louie Giglio’s latest, “Goliath Must Fall,” Thomas Nelson was the publisher who got the call. If you’re a fan of “Fixer Upper,” you can even find both of the Gaines family’s books (“The Magnolia Story” and “Capital Gaines”) at Thomas Nelson.

This group is part of the greater work done at Lifeway Christian Resources. Similar to other Christian publishers on our list, B&H produces its own translation of scripture in the Christian Standard Bible (CSB). Shoppers at Lifeway bookstores will recognize some of the exclusive titles to come from B&H, like “The Love Dare,” a tie-in with the 2008 film “Fireproof.” Thom Rainer, who served as president and CEO of Lifeway until recently, has published several books under the brand, including the very popular “I Am a Church Member.”

Russell Moore, the president of the ERLC in the Southern Baptist Convention, put out his book “Onward” through B&H in 2015. Two well-known female authors who have worked with B&H are Beth Moore (“Audacious”) and Priscilla Shirer (“Fervent”).

Alton Howard began Howard Publishing in the late 1960s. Like many Christian publishers, his company thrived on the production of hymnals and other church resources. Decades later, Howard Publishing began to incorporate more Christian fiction and non-fiction books. The company was bought by Simon & Schuster in the mid-00s and was renamed to Howard Books. The new owners thrive on bestselling books and memoirs from celebrities of all walks of life. That’s why you’ll find “Good Call” by Jase Robertson of the Duck Dynasty crew and “Growing Up Duggar” from the other famous reality show family among Howard Books’ titles. The publisher isn’t just about famous TV celebrities, though. “Emotions” from Charles Stanley and nearly the entire catalog of Karen Kingsbury novels can also be bought through the company.

As one of the great Christian minds of the 19th century, Dwight L. Moody was a man of theology and enterprise. On top of his work as a preacher and evangelist, Moody yearned to educate coming generations of believers. He founded Moody Publishers in 1894, only a few years before his death. The publishing house has produced more than 300 million books since its founding. The most famous authors under the Moody label range from long-standing names like J. Oswald Chambers to more modern day heroes. Tony Evans’ book, “Kingdom Disciples,” is a call to discipleship and community similar to what we see in the early church. Another famous Moody book is Gary Chapman’s “The 5 Love Languages.” For a more historical read, you can check out the work of Erwin Lutzer. “Hitler’s Cross” and “The Church in Babylon” are two good reads on history and how it pertains to us today. Kevin DeYoung’s “Just Do Something” is another powerful read from Moody Publishers.

You may be familiar with InterVarsity Christian Fellowship, the college student ministry begun in the 1940s. What you may not be aware of, however, is that the ministry also founded a publishing house only a few years after its own creation. In its early years, IVP put out some classic Christian books like J.I. Packer’s “Knowing God” and “The God Who is There” from Francis Schaeffer. As the years have gone on, IVP is looking to tell stories of faith from different perspectives. This means that much of its work focuses on issues of race, gender, and so on. One of the recent successes to come from the group is “Liturgy of the Ordinary” by Tish Harrison Warren. This book is all about relating the boring stuff in life to the Godly call of Christianity. You can also look for “Struck” from Russ Ramsey and “Breaking the Huddle” by Don Everts, Doug Schaupp, and Val Gordon.

The last of our Christian publishers is Baker Publishing Group. Putting together creative works of fiction and Christian living for nearly 80 years, the group today is composed of six divisions. These different denominations (such as Revell, Bethany House, and BakerBooks) handle a variety of books that range from self-help to romantic fiction. Among the Christian fiction writers on the group’s list are Beverly Lewis (“The Road Home” and “The Proving”), Dani Pettrey (“Dead Drift”) and Tracie Peterson (“In Hidden Places”). In Baker’s non-fiction collection you’ll see “Play the Man” by Mark Batterson and “Grace is Greater” from Kyle Idleman among others.

These Christian publishers are some of the few great institutions looking to spread Godly wisdom to a worldwide audience. Each time you buy a book, consider how you are contributing to this global enterprise and all of the good that comes from these books. Along with music, film, and sports, the K-LOVE Fan Awards seeks to celebrate the best in Christian books each year. Find out how you can be a part of the year’s biggest event in Christian entertainment by clicking on the link below.