Classic Christian Books You Should Finally Read in 2019 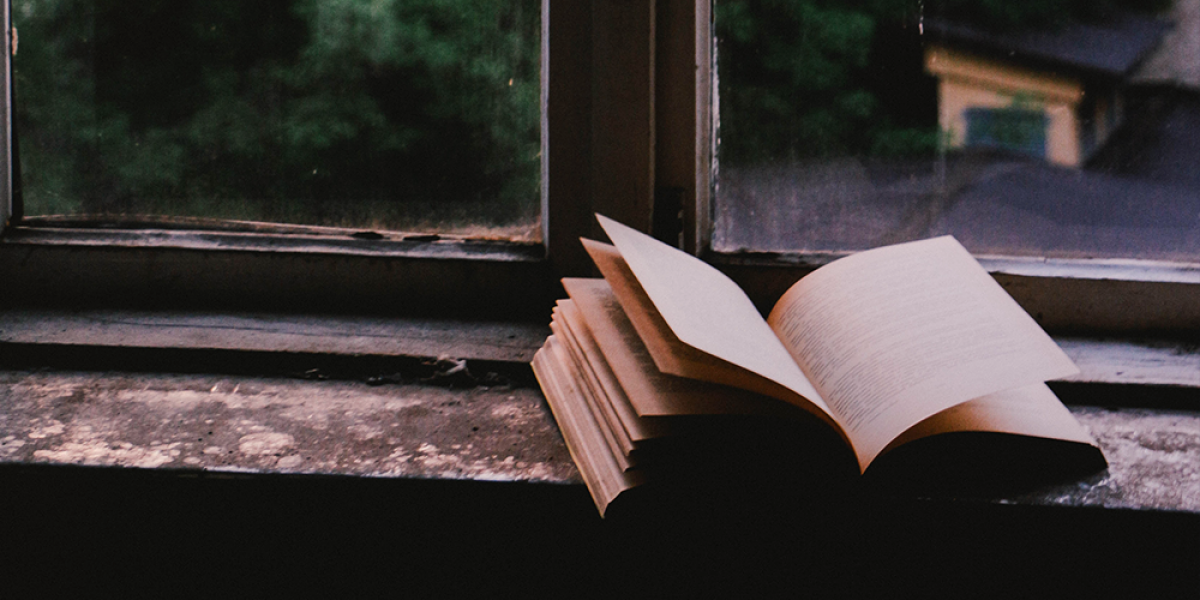 Crossing something off of your to-do list is one of the most satisfying things you can do. If you have a long list of books to read, this is especially true. We know even some of the most prolific readers have classic Christian books still sitting on top of their reading pile, just waiting to be read. How about finally getting around to reading those classic Christian books in 2019 (or whichever year it is when you read this)? Each person may have their own definitions for what makes a book a classic, but below you will find some of the most well known and beloved religious literature. Maybe this is the year you finally check out that book your pastor recommended during the Bush administration.

C.S. Lewis wrote so many classic Christian books during his time on this earth, it was difficult to pick just one. “Mere Christianity” is a fundamental defense of the Christian faith adapted from a series of radio broadcasts made by Lewis during WWII. The book is instrumental to understanding the Christian experience and why we believe what we believe. Other recommendations from Lewis’ works are “The Screwtape Letters,” “The Chronicles of Narnia,” and “Till We Have Faces.”

“The Cost of Discipleship” - Dietrich Bonhoeffer

Around the same time Lewis was making his radio broadcasts, Dietrich Bonhoeffer was sitting in a prison due to his opposition to the Nazis ruling his homeland in Germany. Bonhoeffer’s defiance of Hitler is commendable in and of itself, but the pastor was also a wonderful writer. “The Cost of Discipleship” studies the Sermon on the Mount and lays out the costly path to follow Christ. If anyone from the modern world knows about that, it’s probably one of the many man who died for his beliefs in the 1940s.

Written nearly 50 years ago, “Knowing God” is a classic book of theology from J.I. Packer. The title is appropriate, as this work will help you to better understand each aspect of God and how it affects us today. “Knowing God” has sold well over 1 million copies and become a favorite for those who wish to go deeper in the Bible without paying for seminary.

“The Knowledge of the Holy” - A.W. Tozer

The mid-20th century was an influential time period for today’s classic Christian books. One of the greatest authors to come from this era was A.W. Tozer. Although many of his works are posthumous compilations, one that has stood the test of time is “The Knowledge of the Holy.” Imminently readable, it is another book which draws us closer to understanding our Creator. For bonus reading, we also recommend Tozer’s “The Pursuit of God.”

“The Practice of the Presence of God” - Brother Lawrence

Perhaps you look at classic Christian books and think “I certainly don’t have time for all of that!” Don’t worry, because we have one option you can knock out in an afternoon. “The Practice of the Presence of God” comes from the writings of a 17th century friar who lived a humble life of service. His message of constantly staying in the the presence of the Lord is one that could change your life.

Going from the shortest book on our list to one of the longest, “The Pilgrim’s Progress” by John Bunyan is one of the earliest forms of Christian allegory to experience worldwide success. If you find the Biblical themes of C.S. Lewis’ Narnia to be too difficult to interpret, this is a good place to go. “The Pilgrim’s Progress” traces the journey of one man as he leaves the City of Destruction and heads for the Celestial City.

John Piper is one of the more contemporary names to appear on our list of classic Christian books you should finally read in 2019. In “Desiring God,” Piper wishes for believers to not look at their relationships with God as something dour or tedious. Not only can we find pleasure in God, He is the ultimate destination. If you’ve fallen out of love with God or simply need a boost in perspective, “Desiring God” is a smart choice.

“The Imitation of Christ” - Thomas a Kempis

Thomas a Kempis was born in the 14th century, making him the oldest among these many authors of classic Christian books. His work, “The Imitation of Christ,” was a game changer in his time due to its singular message of pursuing Christlikeness above all else. This may not seem too distinct an idea for us today, but with many denominations and rituals often at war with one another, it still serves as a strong reminder of what matters most.

One of the greatest defenses of the faith and most philosophical ponderings of Christianity can be found in G.K. Chesterton’s “Orthodoxy.” Have you ever wondered why we often look to the world around us for meaning when it so clearly cannot satisfy us? It turns out this has been a common theme for centuries. Chesterton shares his thoughts here in a unique way.

There is a certain level of autobiography to many of these classic Christian books, but “The Hiding Place” is one that really feels like a memoir. Corrie Ten Boom details her experience in the Netherlands as her family hides Jews from the Nazis and eventually finds themselves in one of the many horrific camps which existed during WWII. “The Hiding Place” is a good historical read as well as a study of grace and service.

“The Case for Christ” - Lee Strobel

Another book that studies a personal story is Lee Strobel’s “The Case for Christ.” As a reporter who didn’t believe in God, Strobel set out to finally look at the facts and decide if the story of the Bible can be backed up with actual evidence. This is a book featuring a number of interviews with experts and compelling evidence which readers will enjoy.

“The God Who is There” - Francis Schaeffer

The last of our classic Christian books you should finally read in 2019 is “The God Who is There” by Francis Schaeffer. The book is a clash between culture, religion and philosophy which seeks to answer timeless questions about the world we live in. Though Schaeffer may not get the name recognition of a Lewis or Piper today, his work was extremely influential in the 20th century.

One of the best goals or New Year’s resolutions you can make for yourself is to read, especially if doing so is a means to growing deeper in your faith. These classic Christian books give you a starting point from which you can build up a library of beloved titles and explore your faith.

We know Christian books hold a special place in believers’ hearts, along with faith-based films, Christian music,and more. The K-LOVE Fan Awards exists to celebrate the many aspects of Christian entertainment and connect fans with their favorite artists. Find out how you can enjoy the ultimate fan experience by clicking on the link below.