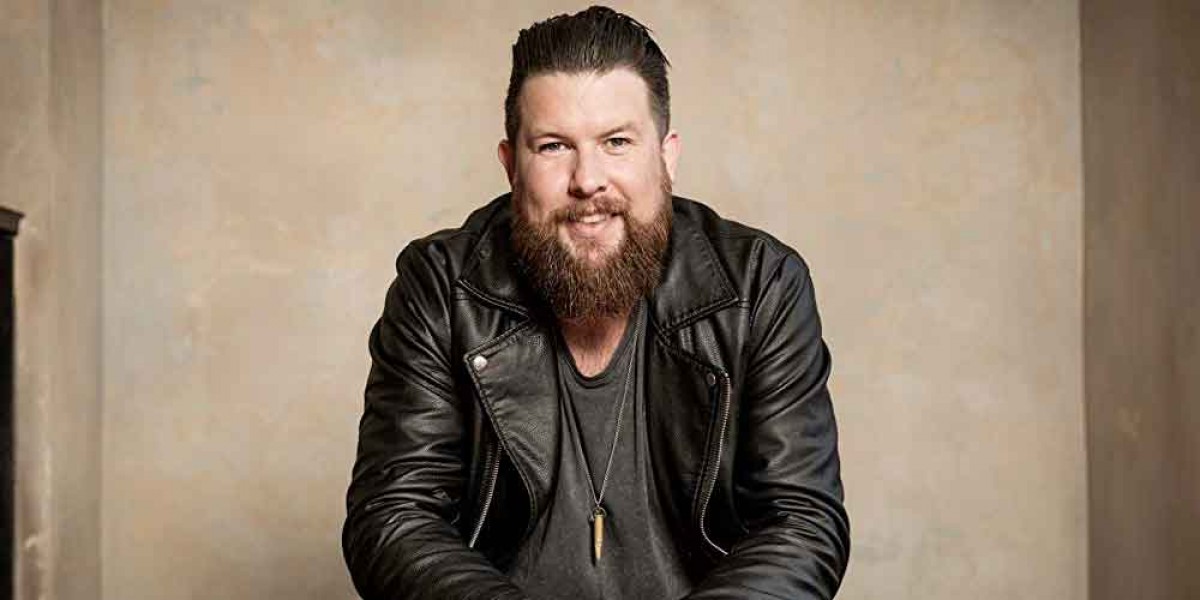 Entering the final stretch of the year, it’s time to move from Halloween to the major holidays. During this time you’ll find some of the best new Christian albums as well as the first Christmas albums of the year. Whether you’re thinking about future gifts to give or just some Christian music to help you keep your sanity during the busy season, you’re likely to find the album you want in our list below. Take a look at October 2019’s new Christian albums and see if you can’t find the perfect fit for your listening ears.

Some music has the ability to take the weight off your shoulders and help you unwind after a long day. “Rescue Story,” the new album from Zach Williams is a soothing mix of country and gospel that’s going to be a healing balm to anyone who’s in need of the Lord’s work in their lives. Much like Williams’ previous work on “Chain Breaker,” this new record harps on about how the peace of God can make the rough parts of our lives smooth again. Some of the early favorites from the album include the title track and “There Was Jesus,” a song featuring the legendary Dolly Parton.

Laura Story’s writing talents are behind some of the biggest hits in Christian worship and in recent years she has also been a refreshing voice as a solo artist with popular songs like “Blessings.” Story is aptly named, as her own biography is rich with lessons in faith. This is why she has written the new memoir and group study titled “I Give Up.” Along with the publishing of this work, the artist has released a companion EP complete with five songs coinciding with the message of the book(s). Each track is dripping with the importance of surrender to God and how this life choice leads to the ultimate Christian walk.

Sure, you may still be working on that stash of Halloween candy, but that doesn’t mean it’s too early for new Christmas albums to start hitting the shelves. Phil Wickham released a modern Christmas classic in 2011 with “Songs for Christmas” and now he has returned to the genre for a mix of beloved hymns and original recordings. The first half of the album features plenty of well-worn classics like “Angels We Have Heard on High” and “Away in a Manger,” meanwhile the second half explores Wickham’s artistic abilities with music you haven’t heard before. Anyone looking for a brand new holiday recording should be interested in this one.

It’s hard to go a month in this genre without hearing about exciting new Christian albums focused on worship. Hillsong is back with their newest effort, “Awake.” The 15-song album gets things started with an instrumental track leading right into “Awake My Soul.” All but three of the recordings on “Awake” are made in the studio rather than a live setting, but the album doesn’t lose any of the musicality fans have come to expect. This new Hillsong Worship album promises a new and interesting future for the group, but at the end of the day it’s all about powerful songs like “King of Kings” which have the ability to immediately put listeners in a moment of praise.

Following the success of “Love is the Evidence” and “2.0,” Citizen Way is back with its third album. “Love is a Lion” is the kind of Christian album that has at least one song that’s going to bless your soul. Offering a variety of beats, tempos, and moods, the album hops around between lively songs of encouragement like “WaveWalker” and “The Hope Song,” while also giving fans slower songs of reflection (“Be Still”). Some of the other highlights from the album include “The Lord’s Prayer” and “God You Are Good.”

Talented vocalists always get a chance to shine in Christmas recordings and the same is true with this new record from Danny Gokey. The second holiday collection on our list of new Christian albums, “The Greatest Gift” not only shows off Gokey’s singing ability but his language skills too. “Noche de Paz” is a beautiful rendition of “Silent Night” you can almost sing along with due to the timeless effect of the song’s easy lyrics. Listeners can also enjoy Gokey teaming up with some of the best female singers in Christian music as he performs a duet of “The Prayer” with Natalie Grant and an English version of “Silent Night” with Kari Jobe.

Fans of Andrew Peterson’s 2004 album may be doing a double take here, but the singer has in fact re-recorded the classic Christmas album that inspired an annual concert tour. “Behold the Lamb of God” is a collection of original songs walking through Scripture from the beginning of the Bible to the resurrection of Jesus Christ. Fans of Christian music who need a break from the usual sound will love this folk record not only for its amazing songwriting but the way Andrew Peterson has been able to break down the story of the Bible into something easy to digest.

In addition to these great new Christian albums, we have also been blessed with some awesome singles from the biggest names in the genre. Cochren and Co. made a big impression in Christian music this past year. Now he’s back with “One Day,” a song of rejoicing over the coming day when God will take away our pain and struggles. While “One Day” speaks of the time after the storm, “When We Fall Apart” by Ryan Stevenson walks us through the tragedy and helps us to process our emotions along the way. Anxiety can be part of the problem for many and that’s why our next single is “Anxious” from Sarah Reeves. This song is going to share some familiar feelings from those who suffer from anxiety at some level or another. It seems that many of this month’s biggest singles have to do with the trouble life throws our way. Although we have a natural inclination to bottle our feelings up, Matthew West’s “Truth Be Told” is one of many songs telling us the importance of being honest with those closest to us.

On a lighter note, Rend Collective has a worldwide call to repentance and praising God with “Revival Anthem.” The song has an upbeat song structure perfectly fitting with its call-to-action title. Another song about thanking the Lord is “Amen” by Micah Tyler. When we think back on how God has walked before us in every trial all we can do is say “Amen.” The last song on our list of new music from October 2019 is “The Same Jesus” from Matt Redman. Why do we know Jesus is more than enough for our problems? Because He is the same Jesus who commanded the winds to cease and rose from the grave three days after He was crucified. Redman’s tune here is an exciting reminder that He is consistent and true to what we know of Him through Scripture.

These new Christian albums and singles showcase the wonderful work being done in Christian music today. If you could use a break from the same old stuff you’ve been listening to, we encourage you to check out the artists and albums listed above so you can find your new favorites.

At the K-LOVE Fan Awards, we want to celebrate all that God is doing in the fields of Christian music, movies, sports, and books. We also know one of the biggest reasons why these areas are as successful as they are is due to the world’s greatest fans who pour their time, money, and love into the artists behind it all. That’s why we want to reward these fans with the year’s most amazing concert experience at the K-LOVE Fan Awards. Find out how you can get in on all the excitement by clicking on the link below.