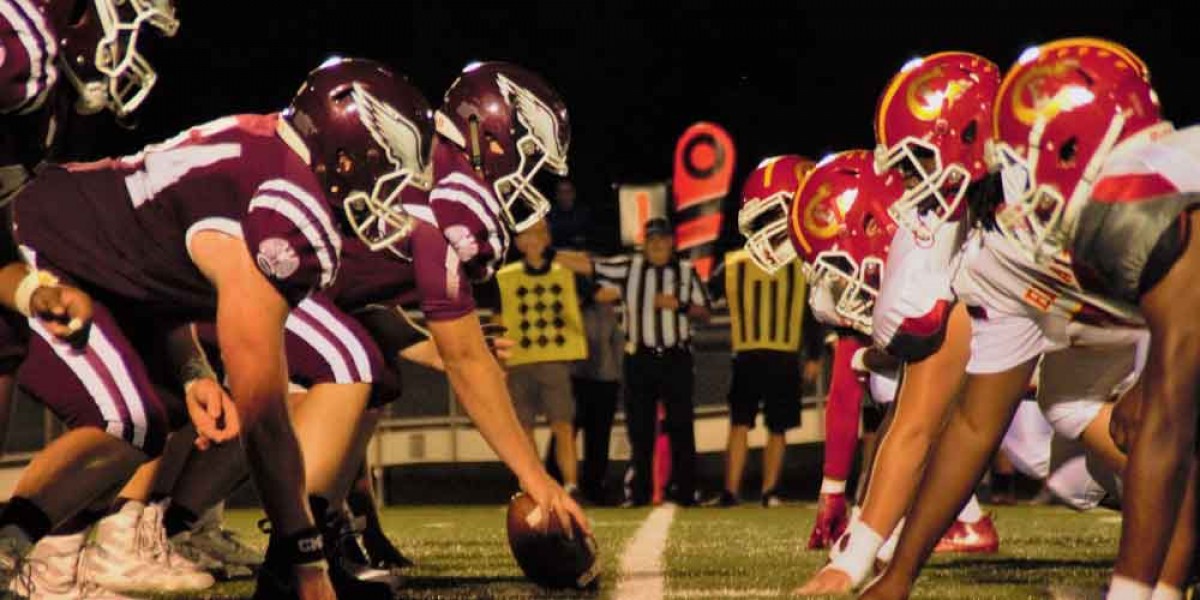 As summer makes way for fall, it’s time for one of America’s favorite sports to commence. The fall of 2019 will mark 150 years since the birth of American football, a pastime that first resembled rugby but slowly evolved over time and became the popular game played today. Throughout the years, many players and coaches have used their platforms to inspire others and share their Christian beliefs. Here are some of the well known Christian football books and memoirs covering many of these individuals and their careers.

A common thread you’ll find with many Christian football books and memoirs is that they are often written by quarterbacks. One reason for this is that the quarterback position is among the most popular in all of football and there are many lessons to learn from someone whose daily grind is orchestrating an entire offense. In “Playing for More,” quarterback Case Keenum shares his journey through football, both triumphs and failures.

Another famous quarterback is Tim Tebow, who became famous for his faith-inspired celebrations and the relentless use of his platform for sharing his gratitude to God. Although Tebow has since left professional football, he has written several popular memoirs and encouraging books. The title most related to his journey as a football star is “Through My Eyes,” but you can also check out “Shaken” and his other works off the field.

The head coach is the CEO of a football team. That means he knows what it takes to make tough decisions and execute a philosophy that will best help his team. Bobby Bowden is one of the most celebrated college coaches of all time. Through his years of coaching, raising a family, and spending time in the spotlight, he’s learned plenty about what it means to be wise. In this memoir, he shares how faith in God can lead you to adopt the right game plan for yourself and your family. For a book more centered on his football days, we suggest “Called to Coach” and “The Bowden Dynasty.”

Tommy Bowden continued his father’s legacy by becoming a college coach in his own right, most prominently at Clemson University. During his tenure, Bowden developed a strategy for living that works just as well off the football field as on it. “Winning Character” is a book that reinforces the ideas of discipline, accountability, and sacrifice, among other important characteristics of a player or coach.

Just as families often pass down occupations like farming or joining the military, the Matthews family has always been invested in football. Written by one of the best offensive linemen the game ever saw, this book walks through the different ways passion, faith, and hard work can lead to a fruitful life. Readers will not only gain insights on Matthews himself, but the other seven members of his family who played professional ball as well.

Unfortunately, not all Christian football books and memoirs can be happy affairs. Ben Utecht was a tight end in the NFL for a number of years, but now that he has retired, the head injuries he sustained are beginning to affect his memories. “Counting the Days While My Mind Slips Away” is a memoir that looks back on the good times in preparation for the days in which those memories may be erased.

The Philadelphia Eagles took the NFL by storm during the 2017 season and won the Super Bowl with backup quarterback Nick Foles against the daunting New England Patriots. The year was good by winning standards, but the team also experienced something of a spiritual revival led by Foles, QB Carson Wentz, and others. Baptisms, Bible studies, and brotherhood all took over during the year. “Birds of Pray” is an all-encompassing view of the season, but you can also read about it in Foles’ memoir, “Believe It.”

One of the most respected football coaches and commentators to enter the popular culture in recent years is Tony Dungy. After playing in the NFL for three seasons, Dungy took to coaching and stayed in the profession for over 25 years. In “Quiet Strength,” he shares the principles which allowed him to be an effective coach while never abandoning his beliefs or engaging in profanity-laced tirades. Another book on leadership from the coach is “Uncommon.”

You may remember “Woodlawn,” the 2015 film based on true events. Set at a recently integrated high school in the 70s, the story follows a football team that experiences revival and aims to change its community. This book is written by the son of that team’s coach and goes into further detail about what happened. It’s an interesting read that will remind you just how well Jesus and sports and bring people together.

Next on our list of Christian football books and memoirs is “Still in the Game” by former defensive end Devon Still. A solid player in his own right, it’s actually his off-the-field story which made him famous. In 2014, his daughter was diagnosed with cancer and the Cincinnati Bengals signed him to the team’s practice squad in order to help the family seek treatment. “Still in the Game” recounts Still’s fight on the field, his love for his daughter, and how faith played a part in both stories.

Have you ever wanted to read a book that establishes the Biblical answer to all of life’s needs? Aside from God’s Word itself, “Game Plan for Life” is a worthy read. Joe Gibbs, the famous football coach and racing team owner, authors this informative book. Not only do you get the wisdom of one coaching legend, but Gibbs has invited contributions from Ravi Zacharias, Tony Evans, and other world-class Christian thinkers.

The last QB biography on our list of Christian football books and memoirs is Kurt Warner’s “All Things Possible.” Some athletes are destined for greatness, receiving national coverage from the time they first put on a college jersey to the day they retire from the NFL. Others, like Warner, seem to persevere through a series of rejections before finally making a name for themselves. “All Things Possible” covers the life story of the famous quarterback as it pertains to football. For a more family-focused memoir, you can also check out “First Things First.”

If you’ve ever wanted a large-scale look at faith in the NFL, “Men of Sunday” does its best to show the daily challenges and discipline of Christian men and women in and around the game of professional football. From players and their families to coaches and executives, you’ll find out what it’s like to be a Christian athlete in today’s culture. Writer Curtis Eichelberger utilizes behind-the-scenes coverage to get the real story behind the pros and their faith in God.

The sad reality for many football players, professional or not, is that one wrong hit can end it all. That’s what happened to college player Eric LeGrand when a spinal cord injury suffered mid-game left him paralyzed. Determined to not let the injury keep him down, the young man began to use the rallying cry of “Believe” to inspire fans around the country. Read his story of brokenness and faith to learn what the future holds for an athlete who can no longer do the things he loves.

“Remember Why You Play” - David Thomas

Some of the best sports books ever have come from journalists embedded with teams for a full season. In “Remember Why You Play,” sports author David Thomas tells the season-long tale of Faith Christian School, including an interesting game played against a team of convicted juvenile offenders. If you enjoy books like “Friday Night Lights,” this would be a good investment.

These Christian football books and memoirs are just some of the amazing stories being told by Christians in athletics. Whether you are a fan of sports or just want to hear from famous Christians, these books and others like them are worth checking out.

At the K-LOVE Fan Awards, we want to celebrate all that God is doing each year in sports, books, movies, and music. Each year we bring together the biggest names in the business for a weekend unlike any other, full of concerts, worship, and so much more. Find out how you can enjoy the ultimate fan experience by clicking on the link below.