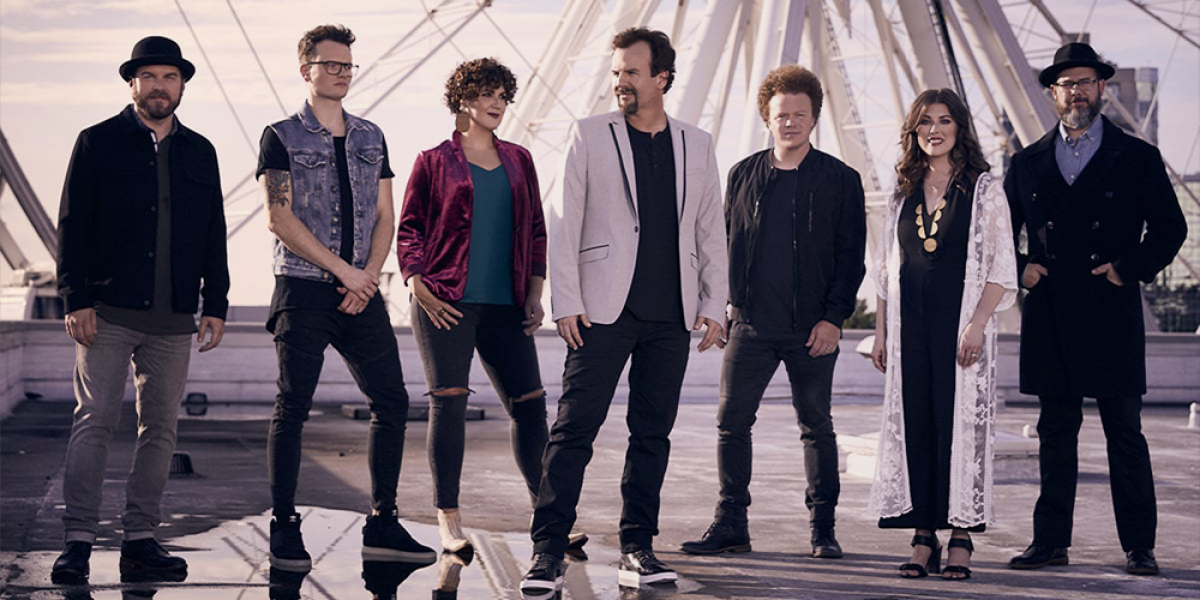 Winter has finally come to an end and spring is in the air...at least in most parts of the country. Hopefully by now you’re used to writing the correct year on forms and your New Year’s resolutions aren’t completely shattered. Since we’ve successfully made it through the first quarter of 2019, it’s time to like at the top Christian songs for the spring season. There are amazing new songs dropping all the time, but we felt these tracks were really doing the job in early 2019. Here are some of the top Christian songs of the season.

“God Only Knows” - for KING & COUNTRY

Any year in which there’s a new album from for KING & COUNTRY, you can just about guess half of the album will make our list of top Christian songs. From the album “Burn the Ships” comes “God Only Knows.” This song is all about the pain we feel inside which no one else can see, save God. It’s yet another encouraging track from a band which has already given us “.joy” and other notable songs in recent years.

Another well known Christian band with a long list of hit songs is Casting Crowns. “Only Jesus” comes from the album by the same name released in late 2018. The song has spent the better part of six months on the Hot Christian Songs chart and has certainly found its audience among Christian music fans. Its lyrics reflect the importance of a Biblical life where the number one priority is lifting up the name of Jesus.

Some worship songs resonate with us because of how soul stirring and deep they are, while others get us up on our feet celebrating the work of the Lord. “Echo” is more of the latter, with the collaboration between Tauren Wells and Elevation Worship resulting in a festive worship session you’ll have no choice but with which to join in. Check out the live performance video below.

MercyMe had a great year in 2018 with the release of “I Can Only Imagine” in theaters as well as racking up a number of trophies at the 2018 K-LOVE Fan Awards. The group got the new year started off right with “Best News Ever.” The song is the third single from the album “Lifer,” following “Even If” and “Grace Got You.” If you’ve been lost in the game of balancing your good deeds with past mistakes, this is the song for you.

If you’re looking at a list of the top Christian songs these days, you’re probably going to see at least one entry by Lauren Daigle. The young singer has been on a roll since the release of her second studio album, “Look Up Child.” Now she’s back with the title track from that record and it’s another hit. “Look Up Child” is about recognizing that God is always watching over you, even when you don’t see Him at work.

A running trend with the new top Christian songs of Spring 2019 is that many of them come from albums released in late 2018. “Well Done” by The Afters is no exception, as its the big single from the album “The Beginning & Everything After.” As you might imagine, the song is a reference to the story from the Gospels where the master tells his servant “Well done, my good and faithful servant.” The Afters’ song is about looking forward to the joys of heaven.

Have you ever wanted a fun and exciting song about what it’s like to come to faith in Christ? “Changed” is a worthy contender for that conversation, especially once you see the music video. Though the video premiered late last summer, the song itself has only recently been tearing up the charts. If you want to rediscover the joy of salvation, why not give this song a listen or two?

Jeremy Camp has produced several top Christian songs over the years and now he’s back with “My Defender.” The song follows “Word of Life” and “The Answer” from the singer’s most recent album. “My Defender” is a song of empowerment that reminds us of the One who is watching over us. How can we give way to fear and doubt when such a mighty God is always protecting us?

“Maybe It’s OK” - We Are Messengers

Some of the top Christian songs gain popularity due to their honesty and reflections on the Christian life. “Maybe It’s OK” from We Are Messengers has been rising up the charts because it is a vital song of healing and reliance on God. Broken people should recognize that the world does not, in fact, rest on their shoulders. Sometimes we just need to look to God and lean on Him through difficult seasons.

“Stand in Your Love” - Josh Baldwin

One of the many exciting artists to come out of Bethel Music is Josh Baldwin. The singer’s 2017 solo album, “The War is Over,” was one of the year’s highlights, but he still does plenty of work with Bethel. Teaming up with the group for “Stand in Your Love,” Baldwin has an empowering song all about pitting our own fears against the love of God. Things may look bad when you think you’re all alone, but that equation changes when you have the God of the universe in your corner.

One of the most iconic names in Christian music, Chris Tomlin is back at it with “Nobody Loves Me Like You.” The song comes from Tomlin’s most recent album, “Holy Roar,” which also produced the hit song “Resurrection Power.” We’ve already discussed in this article just how vital the love of God is, but here we are reminded how perfectly unique His affection can be. Watch Tomlin get in touch with nature and celebrate the beauty of God’s creation in the video below.

“Till I Found You” - Phil Wickham

Phil Wickham has offered plenty of great worship hits in recent years, but what has the singer on our list of top Christian songs for Spring 2019 is a track that’s a little more West Coast pop than songs of his like “This is Amazing Grace.” The song “Til I Found You” is a soulful reflection on how nothing satisfies quite like Jesus and has spent several months on Billboard’s Hot Christian Songs chart.

These top Christian songs of Spring 2019 have a little something for everyone, from emotional ballads laying out our need for God to heart-stirring worship songs and beyond. We hope you’ll find your new favorite song and support it by requesting it on K-LOVE or perhaps buying the album. Be sure to share a little hope and inspiration with your friends and family because great music needs an audience.

We love to celebrate the top Christian songs, films, and more at the K-LOVE Fan Awards. If you’ve ever wanted to be a part of the year’s biggest show in Christian entertainment, now is the time. Find out how you can enjoy the ultimate fan experience by clicking on the link below.