15 Popular Christian Songs About the Cross and Jesus' Resurrection 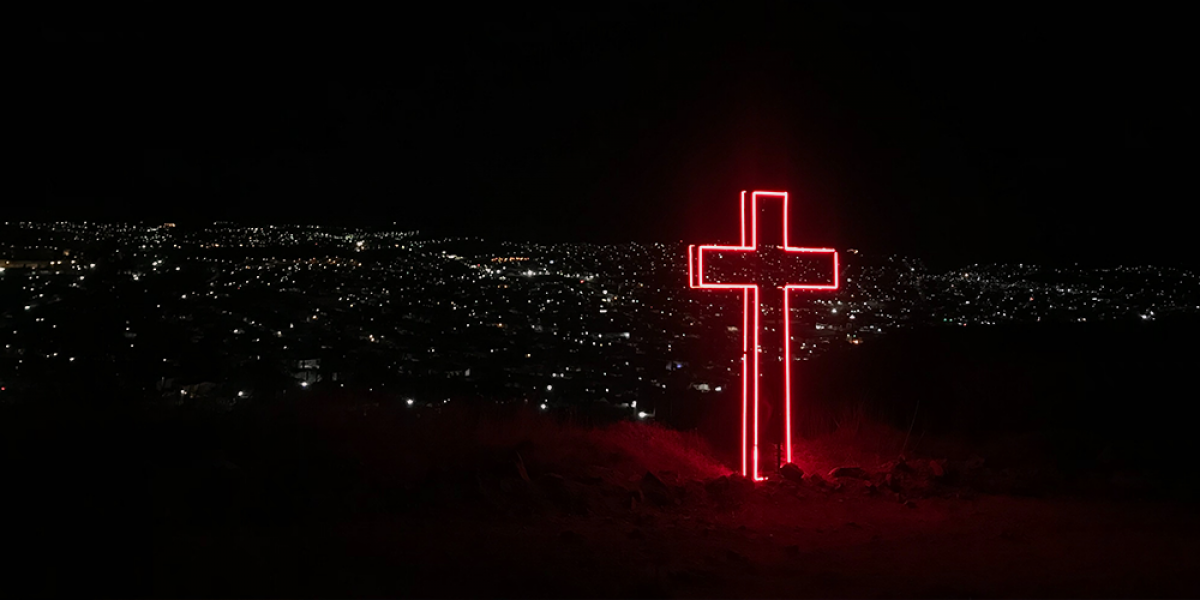 Today’s popular Christian songs talk of faith, healing, comfort, and facing fear. Lest we think these songs don’t speak enough on the topic of the cross and Jesus’ resurrection, we want to highlight some of the popular Christian songs that marvel at Christ’s sacrifice and His victory over death. While we’ve stuck a few traditional hymns in this selection of 15 songs, the majority of the tracks come from the biggest CCM artists of our time.

Evoking the imagery of Jonathan Edwards’ sermon, “Sinners in the Hands of an Angry God,” Crowder’s song portrays the imminent danger our lives experience until the moment we come face-to-face with Christ’s payment for our sins. We are each facing a death sentence that is completely unstoppable save by the death of Jesus on that cross. Crowder has put together many popular Christian songs over the years and “Red Letters” helps solidify his place among the best in the business.

“What a Beautiful Name” - Hillsong Worship

The best worship songs are those which magnify the name of the Lord and celebrate His power and grace. You’ll find all of that and more in Hillsong Worship’s “What a Beautiful Name.” The 2016 song showcases the wonder of His name by marching throughout history at each of His victories, from the creation of the universe, to the sending of Jesus, to His defeat of death. The bridge for “What a Beautiful Name” is an especially worshipful moment we love.

The first traditional hymn on our list is written by none other than George Bennard. A prolific hymn writer and pastor of the early 20th century, Bennard made a great contribution with this moving song. “The Old Rugged Cross” is something of a country gospel favorite these days, having been covered by Alan Jackson and many other famous musicians. Though somber in tone, “The Old Rugged Cross” is a love letter to the place where Jesus drew his last breath pre-resurrection.

We can always count on one of the biggest names in Christian music for songs about the cross. “At the Cross (Love Ran Red)” comes from the 2014 album which shares its name with the subtitle of this track. This song tells us that the cross is the source of our redemption. The spot where Jesus died is what gives us life and hope for the future. Of course Tomlin has a few more popular Christian songs about the cross, namely “The Wonderful Cross.” That particular track appeared on Tomlin’s very first album back in 2001.

“Lead Me to the Cross” - Hillsong UNITED

Sharing the central belief of Tomlin’s “At the Cross (Love Ran Red),” Hillsong UNITED here claims that everything else can pass away save the cross. We often get wrapped up in our daily distractions (some of which may even be “Christian” in nature) but we should always remember the importance of the cross and what happened there. The song also reminds us that His death was in essence a purchase being made, one that results in us being His possession now. (See 1 Corinthians 6:19-20 for further reference)

“The Cross Has the Final Word” - Newsboys

Maybe you prefer the original artist, Cody Carnes, and his version, but either way this is one of the most popular Christian songs about the cross and Jesus’ resurrection. At the time of Jesus’ death, the cross was a symbol of death and defeat, but it certainly wasn’t the end of His story. We can take part in Jesus’ victory over death when we come to faith in Him, thereby escaping the similar sentence our sin had placed upon us. Newsboys has another great hit concerning the cross with “Hallelujah for the Cross,” the title song for a collection of old hymns the band produced in 2014.

“This is Amazing Grace” - Phil Wickham

Few of today’s popular Christian songs capture the substitutionary aspect of the cross quite like “This is Amazing Grace” from Phil Wickham. The song is suitably triumphant in its celebration of the fact we have been saved by the sacrifice of a loving God. The lyrics in “This is Amazing Grace” have everything you could want in a song about the cross: the defeat of evil, gratitude, respect for the power of God, joy, and so much more.

Casting Crowns has a wonderful song in “Glorious Day (Living He Loved Me)” that chronicles the story of Jesus (at least in earthly terms). The song begins with the reason for Jesus’ arrival, namely the greatness of mankind’s sin. The second verse focuses on the pain of the cross before the third verse swings in with the triumph of His resurrection. Just in case we thought this was the end of the story, the song’s final verse tells us He will be back one day and we will see all of His glory. This song is a very personal view of the cross, but the band has a similar take in one of its first hits, “Who Am I.”

“Jesus Paid It All” - Various Artists

The oldest entry on our list of popular Christian songs about the cross is a hymn written around the end of the American Civil War. We must accept that we are completely helpless when it come to our sin. No amount of good works can clean away the leper’s spots mentioned in “Jesus Paid It All.” In a way that only the good old hymns can do, this song is a declaration of our human nature and the cure to which we must be prescribed.

Sticking with the hymn category, we jump to a much more recent song written by Stuart Townend and Keith Getty. “In Christ Alone” is naming God as our one and only hope for salvation. Not only is the song about the cross, but we see that Christ is our Savior yesterday, today, and forever. His victory was not a single event but a continuous reign of supremacy that we can count on forever. Nothing is going to pluck us from His hand.

It’s been more than 20 years since Matt Redman’s first album, but his music still speaks to us all the time. On that debut album was a beloved song called “Once Again.” The track is a personal contemplation of the cross where the singer thinks upon all that God has done for him and thanks God for always being there for him. The album, titled “The Friendship and the Fear,” actually has a lot to say about the subject with songs like “The Cross Has Said It All” and “The Way of the Cross” also found on the track list.

While he may not have the name recognition of a Chris Tomlin or Matt Redman, Jeremy Riddle has been a well respected worship leader for years. Among his best songs is “Sweetly Broken,” an intimate study of the cross and its ramifications for each of us. One of the best lines in the song comes when Riddle states the cross “showed that God is love and God is just.” This conundrum reveals why the death of Christ was necessary from the beginning as well as telling us how each characteristic of God is perfectly balanced.

Unlike some of the other popular Christian songs about the cross, “Flawless” doesn’t spend too much time setting the scene of Christ’s death. One of the hottest songs from one of the band’s best-selling albums, the track is an upbeat respite for those who feel overwhelmed by the process of trying to balance their good and bad deeds. Instead of allowing fear and shame to cloud over you, rest in the grace of God which He bought for you on the cross.

“By His Wounds” is a soul-stirring song that unpacks Isaiah 53, explicitly stating just how much Christ suffered to bring us salvation. If that weren’t enough, it also features some of the best singers in Christian music. The lyrics are beautiful and have been studied by theologians for thousands of years. When you put the heartfelt voice of someone like Steven Curtis Chapman behind it, it just tugs on you that much more.

“Nailed to the Cross” - Rend Collective

We’ve mentioned how many of the popular Christian songs about the cross tell us how important that moment was as it pertains to our salvation. Unfortunately we can often find ourselves feeling ashamed of our actions and forgetting the eternal nature of our forgiveness. In “Nailed to the Cross,” Rend Collective is processing this same issue and rediscovering just how powerful Christ’s death and resurrection really was. If we believe God is who He says He is, then (1) He knew what He was doing in the cross, (2) He was able to forgive our sins, and (3) His covenants are good for all of time. If your sin is beating you up even though you have already repented and called on Christ, we recommend giving this track a listen.

Let’s be real. There’s no way we can go through ALL of the popular Christian songs about the cross. In one sense, just about any Christian song has something to do with Jesus and His sacrifice. We feel, however, that these 15 songs are a good starting point on the topic.

If you love Christian music and entertainment like us, you’re going to want to be part of the year’s biggest event. The K-LOVE Fan Awards brings together musicians, filmmakers, authors, and athletes for the ultimate fan experience. Find out how you can be part of it all by clicking on the link below.