Bible Heroes vs. Christian Leaders Today: Are They Alike? 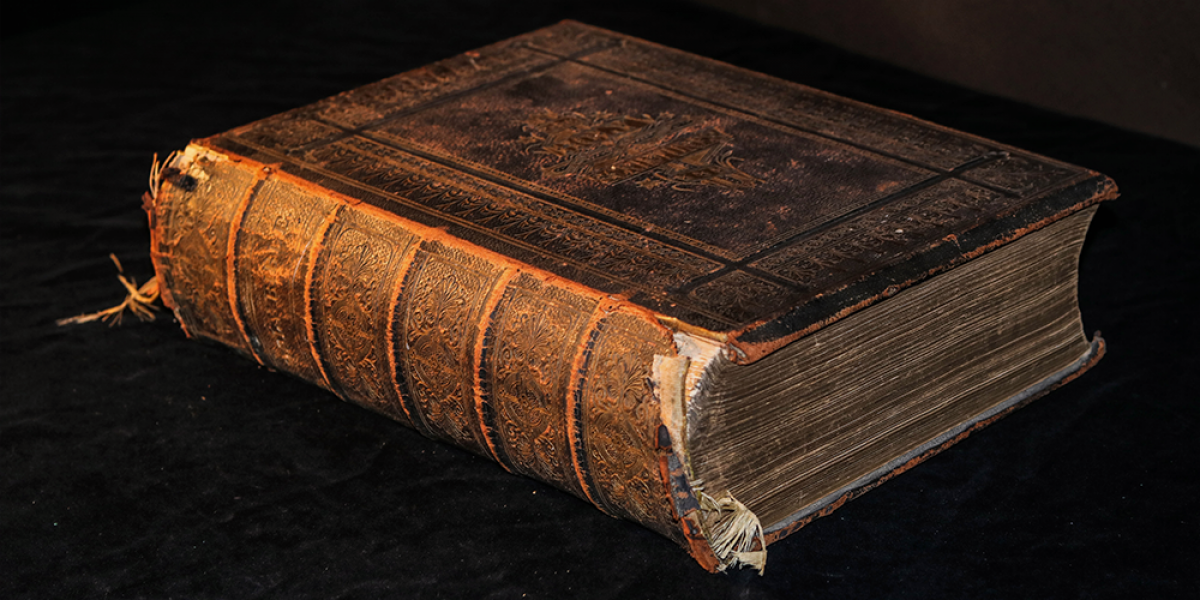 Have you ever wondered if you could be a leader like Moses, as disciplined as Daniel, with the courage of Esther? As we read the Bible, we discover these amazing heroes of the faith who have lived extraordinary lives for the glory of God. How could we be anything like these role models in an era when too few seem to look for miracles and the crowds of people are following anyone but Jesus? If we really think about the stories of the Bible, we may be surprised to realize these Bible heroes are not too different from the Christian leaders we encounter today. Let’s look at some of the differences and similarities between these famous Bible icons and current Christian leaders.

How Are We Called By God?

We often talk about calling, or being “led by God,” whenever a choice is made concerning personal ministry. It could be a young man deciding to pursue a call to the pulpit or a single mother feeling called to become a counselor at a nonprofit. Sometimes the Lord’s plans are a mystery to us and we simply wake up to find ourselves in a ministry we love. Many of our Bible heroes had similar experiences. The calling of Samuel in 1 Samuel 3 may have a supernatural element, but it’s not too different from young pastors or evangelists who toss and turn all night while wrestling with the choice to go into ministry. Most of us have not had a Damascus road experience like Paul, but there are plenty of people who find God through extraordinary circumstances and choose to live for Him from that day forward.

God may not choose to speak through burning bushes today, but the vast majority of Christian leaders today went into their professions because they felt personally called by Him in some way. The methods have changed somewhat since the days of Bible heroes, but our leaders today are still hearing His voice, one way or another. We cannot sit around thinking that we are of no use to God because we were born thousands of years after the writings of the Bible.

Not only do our birth dates not disqualify us from serving the Lord, but we’re not limited by past mistakes either. Christian leaders today should never say “I couldn’t possibly be influential like Moses. I mean, look at all of the bad choices I’ve made.” God probably won’t give you the opportunity to cross the Red Sea on dry land, but let’s not forget just how much Moses screwed up in his own life. Long before he ever led the Israelites out of Egypt, Moses killed a person. And he did it on purpose!

God has a long history of using the outcasts and great sinners to implement His plan. Samson was a terrible judge of character and routinely broke God’s laws, yet he is considered one of the great leaders of Israel. King David had an extramarital affair resulting in a pregnancy and then had the woman’s husband murdered. Paul killed and jailed many members of the early Christian church before God turned his life around.

We should understand that Godly leaders can be seriously flawed individuals. This by no means should be used to excuse immoral behavior by Christian leaders today, but we need to know that making a mistake is not the end of your ministry. We can all think of a few pastors and Christian leaders who have participated in affairs or wickedly used their standing to hurt others. This may (and probably should) result in the loss of a position of influence, but God can still use that horrible situation for good. (See: the life of Joseph)

The Impact of Bible Heroes and Christian Leaders Today

The pursuit of God should be at the heart of every Christian’s spiritual journey. No human beings, be they Bible heroes or Christian leaders today, should ever be placed in a higher position than the Lord. That being said, these leaders and heroes can have a profound impact on millions of people around the country and throughout recent history. The writers of hymns in the 1800s can have plenty of impact through their work nearly 200 years later. Imagine how much more so the written accounts of David, Peter, and Isaiah can have thousands of years after their deaths.

Christian leaders today are not, of course, included in scripture, but that doesn’t mean they have no impact. Thanks to the internet and social media, the pastor of a small church in Kansas can reach people in Africa, Asia, and Europe. An author like Mark Batterson or John Piper can change the life of a new believer who lives in a town without a Christian church. Bible heroes have a clear edge in impact due to their inclusion in God’s word and a 2,000 year head start, but Christian leaders today have the opportunity for a bigger stage than the apostles could have ever dreamed possible.

One of the biggest differences between Bible heroes and Christian leaders today is environment. Technology is insanely different from the Biblical era. Culture is vastly dissimilar. It’s easy for us to feel far removed from the heroes we read about. How can we claim anywhere near the authority of someone like Jeremiah or Luke when we minister to others today? Our words may not carry the same weight as scripture (and rightfully so), but that doesn’t mean our actions are any less ordained by God or beneficial to His purposes.

It’s possible for us to have rose-colored glasses when it comes to how we view our favorite Bible heroes. Looking at these stories so much further down the road, we forget the level of faith necessary in the missionary journeys of Paul or in Abraham’s decision to leave home for a land promised by God. We are right to revere their sacrifices so long as we remember they are imperfect people acting out the mission of God.

For Christian leaders today, it’s easy to feel like their efforts aren’t that important in the grand scheme of things. The same can be said of everyday believers as well. “How does offering to mow my elderly neighbor’s lawn or teaching a class at church change the world like the apostle Peter?” Each person is called to pick up his own cross and follow Jesus. In John 21, Jesus reminds Peter that each man is called to his own ministry and unique trials. This is just as true today as it was then. While there are some big differences between our Bible heroes and Christians today, we all serve the same God and we each have our parts to play in His story.

Not everyone who answers the call to ministry becomes a preacher or counselor, of course. Music has provided an outlet for many Christians to serve God through a skill set that requires musical instruments and the courage to stand on a stage to share one’s voice. At the K-LOVE Fan Awards you can see many of today’s biggest Christian entertainers from music to sports to film to even the written word. Find out how you can enjoy the ultimate fan experience by clicking on the link below.