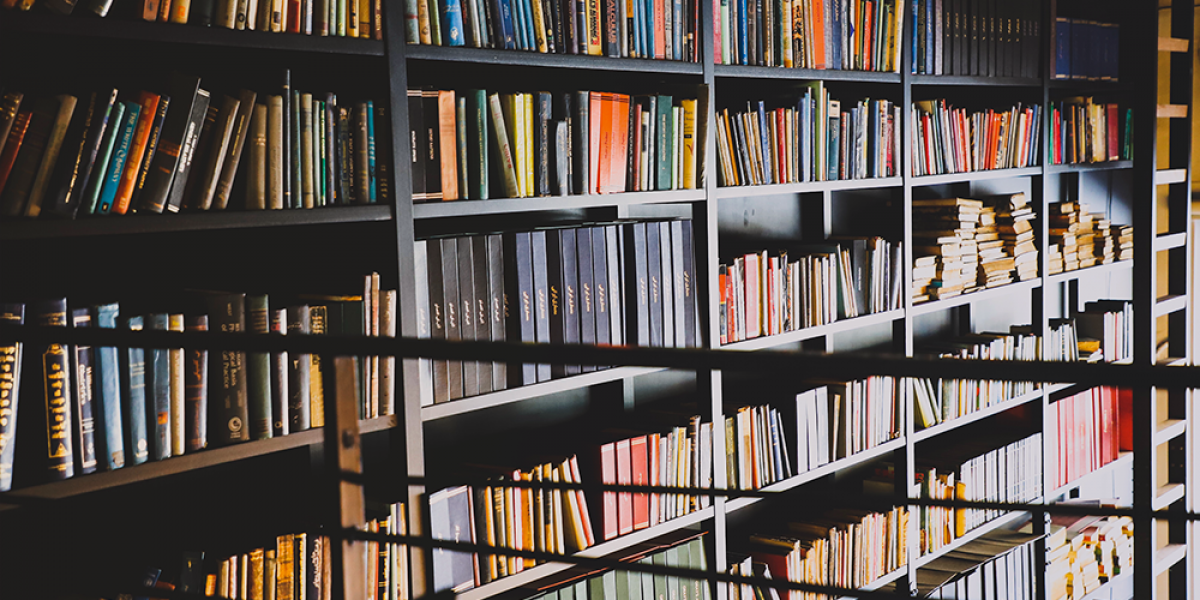 Black History Month is a celebrated time in the United States where we look to African American heroes throughout history as well as those active in the world today. What better time could there be to enjoy the black Christian authors of our day? There’s no way we can list every important writer, but here are a few of the black Christian authors we recommend you follow. Some are established authors with more than a dozen titles, while others are new to the writing game. Regardless, here are some of our favorites.

If you have only heard Tony Evans’ name in recent times, you will most likely associate him with his “Kingdom Man” series of books. Other titles from the line include “Kingdom Marriage,” “Kingdom Woman,” and “Raising Kingdom Kids.” Long before these books were ever penned, however, Evans was the pastor of a small community church in Dallas and the first African American to earn a doctorate in Theology from Dallas Theological Seminary. The small church grew to become one of the biggest churches in Texas and Dr. Evans’ ministry, The Urban Alternative, soon found itself broadcasting on more than 1200 radio outlets across the country. Today, he is one of the most celebrated black Christian authors for his “Kingdom” series as well as popular titles “Detours” and “No More Excuses.”

Among Tony Evans’ many accolades is fathering God-fearing children who are making an impact in the word today. Priscilla Shirer is the daughter of Evans and her work as an author has made her into one of the most beloved Christian writers in all of the country. “Fervent” is among the best-selling Christian books of the last decade, while Shirer’s Bible studies have elevated her ministry to a level of success one could only call “supernatural.” If you’re looking for a good introduction to Shirer’s work in this area, we suggest “The Armor of God” or “Gideon,” but you can’t really go wrong.

The last decade or so has shown us that the hip hop community has no shortage of talented Christian rappers like Lecrae. If you have ever enjoyed his music, we think you’re definitely going to want to hear more about the artist’s story. Lecrae penned his autobiography, “Unashamed,” back in 2016 and the book quickly became a hit. You’ll learn a lot about what God has done in the rapper’s life and how his music has helped him to reach a whole generation of believers. You can also check out another musician’s story with Trip Lee’s “Rise.”

Although Jackie Hill Perry is a rapper as well, her first step into the world of writing books focuses on a different part of her journey. Perry put out “Gay Girl, Good God” in 2018. The book essentially has two goals. The first is to tell her own story of coming out of a homosexual lifestyle and finding God, while the second is to explain same-sex attraction for those who are uninitiated. With the LGBT movement being such a big part of culture, politics, and religion, this might be an author whose work you want to check out.

Some black Christian authors often pick one topic and stick with it, like race relations, family, or classic theology. Trillia Newbell is an other who does a little bit of everything. Sometimes she will write about diversity, like with “United,” while she can also deliver a solid Bible study in “If God is For Us.” Newbell often speaks on issues of race because she is married to a man of another skin color, but looking at her writing credits (including those at The Gospel Coalition and Desiring God), you’ll see that she has plenty of great spiritual content.

Many of the black Christian authors on our list are relatively new on the scene, but others like Voddie Baucham, Jr. have been writing and/or preaching for a long time. Much of this author’s work has revolved around the family and the impact which a life of faith can make on future generations. What is arguably the author’s biggest book is “Family Driven Faith.” Baucham, Jr. has spent a good bit of his life trying to break the stereotypes of men like himself and escape the past mistakes of his own family. For another recommendation of his work, check out “Expository Apologetics.”

Like Trillia Newbell, Thabiti M. Anyabwile has written for several well-known Christian publications like The Gospel Coalition and Desiring God. One of his most famous writings from 2018 was an open letter apology to Beth Moore in the former where he apologized for not listening often enough to female leaders or diminishing their input in ministry. Aside from such writings, Anyabwile has written a number of books from “What is a Healthy Church Member?” and “The Decline of African American Theology.” A great read for Black History Month is “The Faithful Preacher,” which chronicles the legacy of three early African American pastors.

Crawford Loritts, Jr. is another author like Voddie Baucham, Jr. who has made family and male leadership the focus of his ministry. Among our favorite books from Crawford Loritts, Jr. is “Leadership as an Identity” and “Your Marriage Today...And Tomorrow,” which he co-wrote with his wife. Another relative of the author is Bryan Loritts, who has also written some important work in books like “Saving the Saved” and “Right Color, Wrong Culture.” Between these three members of the Loritts family, we know you’ll find some worthwhile black Christian authors.

We tend to look at great Christian books as those which speak to the masses, but sometimes the best books are written to a very specific group of people. H.B. Charles, Jr. has been one of the most exciting up-and-coming pastors in recent years. It turns out he also has plenty of wisdom to share on the subject, as he has written numerous books on pastoring. In fact, two of his most popular books are “On Pastoring” and “On Preaching.” If these books don’t appeal to you as a church member, we might also suggest “It Happens After Prayer” and “The Difference Jesus Makes.”

We’ve had rappers and preachers, so how about some athletes? Tony Dungy is one of the most popular football coaches and commentators you’ll find in culture today. A while back, he decided to share some of the wisdom he has picked up on the football field, in church, and throughout his life in a series of books. “Quiet Strength” tells the story of his own journey while “Uncommon” is about living a life different from those around. Dungy has also written children’s books and a book on marriage. For someone with a younger perspective, we would like to point you in the direction of Benjamin Watson, a recently retired NFL tight end who wrote “The New Dad’s Playbook” in 2017.

Before he became a presidential candidate ahead of the 2016 election, Ben Carson was among the most celebrated black Christian authors in America. His first foray into writing came in telling his story of growing up in the inner-city of Detroit and working his way to becoming a famous neurosurgeon. “Gifted Hands” is far from his only title, however, as he has also written books like “America the Beautiful” and “A More Perfect Union.” These titles combine Carson’s faith with his views on hard work and American values.

Like Tony Evans and other black Christian authors, Eric Mason is a pastor who received his training at Dallas Theological Seminary. Among Mason’s many books is “Manhood Restored” which seeks to destroy the false depictions of manhood the world offers and replace them with a Godly mission rooted in the Bible. The author has also tackled some pertinent questions in books like “Woke Church,” a timely call for evangelicals to recognize the need for justice in their daily lives. We know that several of the black Christian authors on our list have also written on these topics, so in addition we would like to recommend “Unleashed.” This book is all about reaching your full potential by conforming to the image of Christ.

We recognize that the vast majority of the black Christian authors we have listed here focus on nonfiction writing, so we wanted to leave you with some great fiction reads. Kim Cash Tate has published some good stories in the Promises of God series which spans across three books and a novella. You can also check out some of her solo projects in “Hidden Blessings” and Hope Springs.” If you want to stick with the nonfiction, though, Tate has also put out a book on spiritual intimacy called “Cling.”

Yes, we probably missed out on a few of your favorite black Christian authors, but this is a good starting point for anyone who has been looking to expand his or her library. Branching out and finding new authors is one of the best parts of being an avid reader, so we encourage you to continue that journey.