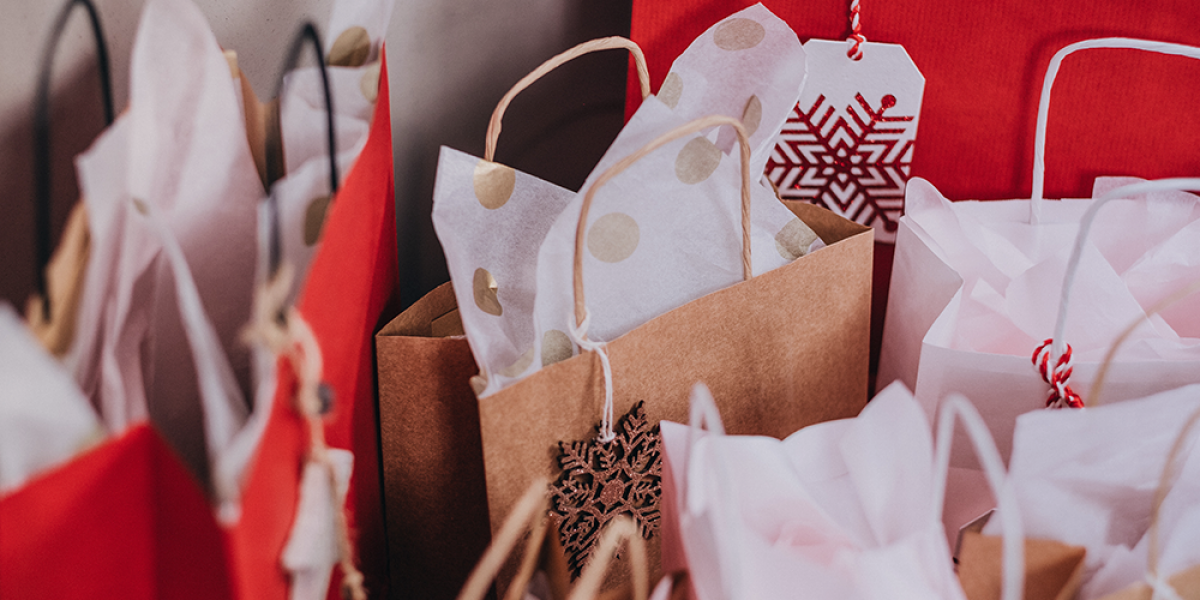 As we march closer to another Christmas season, you may feel exasperated each time you glance at your unfinished shopping list. To help you find Christian music, movies, and books for the people on your list, we wanted to give you a few ideas this Christmas season. Chances are you can find at least a couple of options below which someone on your list would love. Let’s start thinking about great Christian entertainment and the people for whom you are shopping this year.

There was no shortage of quality Christian music in 2018. We saw some exciting debuts from talented musicians as well as welcome additions to catalogues of artists we’ve loved for years. No matter who you’re buying for this year, we know there is at least one album they’ll love.

“Look Up Child” by Lauren Daigle

Arguably the most anticipated album of the year, “Look Up Child” is the sophomore album from Lauren Daigle. On top of the singer’s mega-successful debut in 2015, the new album shows Daigle has a voice able to captivate an audience. “Look Up Child” was the #3 album in the entire US the week of its release. Among the album’s more popular songs are the incredibly uplifting “You Say” and the Adele-like “Still Rolling Stones.” For any person on your list who loves singers with big voices or wants one of the year’s hottest albums, we suggest “Look Up Child.”

“Burn the Ships” by for KING & COUNTRY

Another artist with a new album in 2018 is for KING & COUNTRY. The group has quickly emerged as one of the most popular in all of Christian music, so we know there’s probably at least one person on your list who would love to get her hands on “Burn the Ships.” The album has sat in the top five on Billboard’s list of Top Christian Albums so far and we don’t see it dropping too far too quickly. Check out the album’s most popular track to date, “.joy,” below.

“The Elements” by TobyMac

With roughly three decades under his belt, TobyMac is one of the most respected and recognizable names in Christian music. In 2018, the artist released his seventh album (not counting Christmas and live recordings), “The Elements.” As the name suggests, the album is one that brings faith back to the basics and delivers some great beats along the way. If there is someone on your Christmas list who doesn’t normally listen to Christian music but enjoys a mix of dance/pop/hip hop, TobyMac is a great musician for him to be introduced to this year.

In case you’ve been living under a rock all year, “Reckless Love” was the surprise hit of the year from worship leader Cory Asbury. The album, and it’s title track, blew up in the first quarter of the year, eventually leading to two wins at the 2018 K-LOVE Fan Awards. Asbury brings together the worship of Bethel Music and the singer/songwriter qualities of Andrew Peterson for a heartfelt album just about anyone will love.

The last bit of Christian music we’ll recommend as Christmas gift ideas is “Good News” from Rend Collective. Singers and worship groups often get the most notice in this genre but Rend Collective is a reminder that there’s still a place for great bands in today’s music scene. The group put out its latest album in January of this year, a record which further solidifies the band’s place as one of the best in the business. For any lover of worship music with an Irish campfire quality, this is the record for your stocking stuffer.

But wait! There are more Christian music gift ideas than just albums. Check to see if the person you are buying for has a favorite band, then see if there are any upcoming tour stops in the near future. If you live in a major city, there’s a good chance you’ll see at least one exciting option. Depending on how close you are with the person or how affordable the tickets, you may even join him/her for the trip. Concert tickets are a great way to gift an unforgettable experience and support Christian music.

Christian music is great, but we have also seen some great Christian movies this year too. Why not pick one of your favorites to give this Christmas? Here are a couple of our favorites, just in case you weren’t able to make it to the theater.

“I Can Only Imagine” on DVD/BluRay

Clearly the year’s biggest winner in Christian film, “I Can Only Imagine” earned $83 million at the box office and captivated audiences while on its way to winning the Film Impact Award at the 2018 K-LOVE Fan Awards. The story follows the true journey of MercyMe singer Bart Millard as he mends the relationship with his father and starts his music career. Anyone who had a personal connection with the song “I Can Only Imagine” will certainly enjoy this film about its origins.

“Unbroken: Path to Redemption” on DVD/BluRay

Another film based on a true story that audiences loved in 2018 is “Unbroken: Path to Redemption.” Older audiences and fans of the biography “Unbroken” know the story of Louis Zamperini, the Olympic athlete who became a WWII POW and later an evangelist. The previous biopic directed by Angelina Jolie covered the first part of the story, but now we get to see Zamperini’s faith journey following the war. The film is a powerful one which fans of history will definitely enjoy.

Can’t decide on a single movie to gift this Christmas? Why not give the person on your list the option of picking between hundreds of options? PureFlix is a Christian streaming company which allows you to give a gift subscription lasting three, six, or 12 months.  Among the many film choices on PureFlix are “The Grace Card,” “Fireproof,” and “God’s Not Dead 2.” A three-month subscription doesn’t cost much more than buying one movie on BluRay, so this is a pretty good investment for someone to make.

How about giving the gift of some spiritual reading material this Christmas? You can choose from fun fiction novels to more serious fare. There are also plenty of enthralling memoirs from 2018. Here are a few ideas.

“Everybody Always” by Bob Goff

Inspirational author Bob Goff continues his quest to spread the love of Christ in “Everybody Always.” Between his work as a lawyer, a non-profit head, and writer of “Love Does,” Goff has more than enough practical examples and fun stories to make for an engaging read. Invite someone on your Christmas shopping list to join his mission of loving others.

The best testimonies come from people who have lived a complicated life. Jackie Hill Perry is a author, poet, and rapper whose life has seen abuse, experienced same-sex attraction, and felt the power of God in compelling ways. Hear her journey and explore new insight into cultural issues with this moving memoir. For college-aged Christians interested in social change and hearing different perspectives, this is a great read.

How about some light-hearted fiction for Christmas this year? Author Patti Callahan has written one of the year’s most popular works of fiction with “Becoming Mrs. Lewis.” The novel fleshes out the real-life romance between C.S. Lewis and Joy Davidman and brings a fresh view to both of these historical figures. Anyone who enjoys the works of Lewis or simply historical romantic fiction should find this a worthwhile addition to her library.

Whether you’re looking for Christian music, movies, or books this holiday season, we believe these suggestions will help you figure out your shopping conundrum. Of course, one of the best Christmas gifts one can give this holiday season is an invitation to the year’s biggest celebration of Christian music and entertainment. The K-LOVE Fan Awards is a wonderful destination for families, adults, and just about anyone else. To find out how you can enjoy the ultimate fan experience, click on the link below.