How Drive-In Concerts Work and Why They Matter 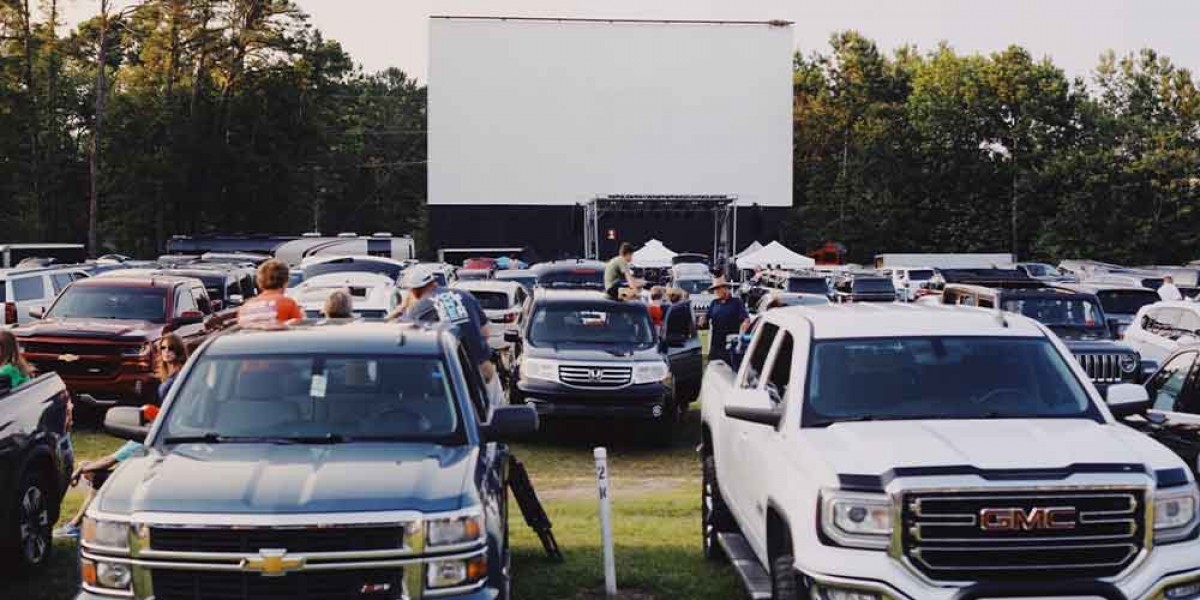 Who doesn’t love taking in new forms of entertainment? It's especially true when it means getting to see your favorite musicians performing live? The ways in which we seek entertainment are changing and not just because of global events like COVID-19. Recent years have seen the rise of streaming channels and music you don’t own playing on your phone through a variety of apps. Why should drive-in concerts be any different? If you’re wondering how drive-in concerts work or what impact these events can have on your social life, let’s walk you through it.

If you’ve ever attended a drive-in movie, you probably know the basics of what a showing might entail. During a pandemic you will likely buy your tickets beforehand. Outside of that scenario buying a ticket to a drive-in concert might be as simple as paying $100 cash at the ticket window when you arrive. As with many drive-ins, the ticket policy is likely to be on a per-car basis with a limit of how many individuals can be in said car.

Unlike a trip to the local theater or arena, one aspect of how drive-in concerts work is that you’ll be grouped in something of a general assembly parking. While most venues will have tiered groups where fans who pay more can be closer to the stage in their vehicle, the positioning beyond these groups will be first-come, first-serve. In a socially distanced era, you may find other stipulations concerning your event. These can include an arbitrary amount of space in between vehicles, a limit on how people can visit the restroom or concession stand, or any number of rules. Fortunately these situations are limited to pandemics, so don’t just write off the experience altogether.

As the concert goes on, you’ll be able to see your favorite bands playing their biggest hits from the comfort of your own vehicle. Anyone who’s had to climb a thousand stadium steps to get to her seat in the nosebleed section can be thankful for that.

When people ask how drive-in concerts work, what they may be wondering is whether the show will be live or streaming on the drive-in screen much like the latest blockbuster. The answer to this question could be the biggest influence on whether someone is willing to attend drive-in performances. The truth is both have been utilized in recent times.

Early in the summer of 2020, Garth Brooks had a simulcast of a pre-recorded concert playing on more than 300 screens around the country, potentially reaching over a quarter million people. The event was loved by many, but it also showcased the growing pains of such a new endeavor. Great planning and good music can still lead to a few headaches, which is why artists without the fanbase of Brooks have gone a different direction. What is most often meant by a drive-in concert is a live performance happening before your very eyes. These events will still encourage audiences to stay in or near their vehicles, but you can actually build energy between yourself and the artist with moments of call-and-response and impromptu transitions between songs. It’s probably safe to say most people will prefer a live concert over something prerecorded, but we encourage you to know what’s happening either way before you buy a ticket.

Drive-in theaters and music festivals often occupy the same busy season of the year: summer. Young music lovers are out of school and the weather is great, so massive festivals and long stretches of touring are the norm for musicians. For similar reasons, drive-in theaters are likely to see higher traffic and will sometimes offer more events and showings. The marriage between these two industries makes perfect sense, especially if concerts can be made possible during the day when the theaters are otherwise useless. Between live music and the latest movies, your local drive-in can become one-stop shopping for entertainment.

What Kind of Artists Do Drive-In Concerts?

You might be surprised at just how wide the variety of musicians who are willing to play at drive-in theaters around the country really is. While 2020 may be viewed as an unique year thanks to coronavirus, pretty much anyone worth seeing at an arena has dipped their toes in the water. From the country genre, Keith Urban, Blake Shelton, and Brad Paisley have all performed in these venues, with tickets just north of $100 per car. Christian music has seen a good deal of interest as well, as artists like TobyMac, Newsboys, and Steven Curtis Chapman have gotten involved. Other bands who could be found at the drive-in this year include The Avett Brothers, Eli Young Band, and The Chainsmokers. Even the world of comedy is venturing into drive-in venues with comedians Bert Kreischer and Jim Gaffigan putting together shows. This is an entertainment revolution where any group or performer with a solid fan base can get involved.

Why Do Drive-In Concerts Matter?

We’ve talked about how drive-in concerts work, but perhaps not enough about why they matter. Part of that answer has to do with the coronavirus pandemic of 2020. An event most of us couldn’t have comprehended before led us to end or alter eating out, visiting family and friends, going to a movie theater, worshipping at church, and so much more. Having been deprived of so many creature comforts for so long, there’s an entertainment shortage and one made worse by so many people losing their livelihoods. We need communal activity as a species. That means we have to find new ways to foster fellowship and enjoy entertainment. How drive-in concerts work to solve that equation is by using a space dedicated toward solitude in film-watching and repurposing it for a safe community event.

Aside from their usefulness in pandemics, drive-in concerts are also a step toward the future in leisure activities. The last century and change saw the development of radio, TV, classic Hollywood, music videos, the internet, video games, and more. What might the coming century hold in store?

We hope this has helped you understand how drive-in concerts work and maybe even motivated you to seek out your local theater. Music is something best enjoyed with a large group of people, so don’t let yourself lose that experience. At the K-LOVE Fan Awards, we want to bring together the biggest names in Christian entertainment with the faithful audiences who love their work for an unforgettable lineup of shows and celebrations. If you’d like to learn more about how you can join us for the ultimate fan experience, click on the banner below.