New Christian Albums From the First Half of 2020 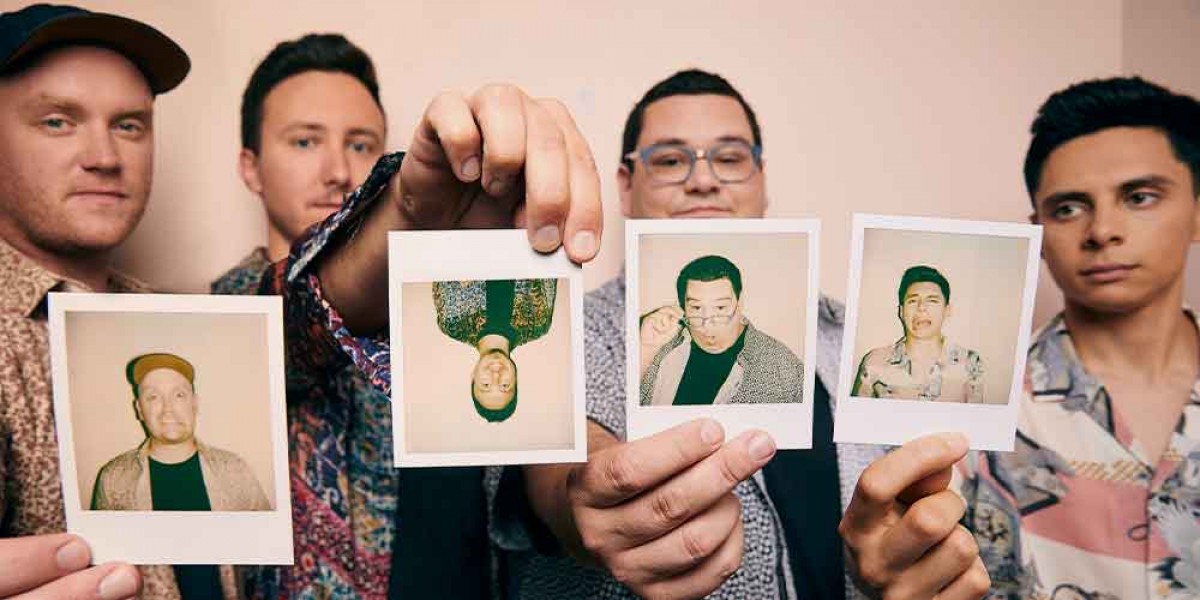 The first six months of 2020 were a whirlwind for most people. We live in a demanding world full of chaos, but the current year has been on another level. During this time we may have missed out on some of the new Christian albums released by our favorite artists. Music can be such a blessing to those of us who need to unwind and remember the blessings of God. To help you keep some sanity and share positive messages with your loved ones, here are some of the new Christian albums you may have missed out on through the first half of 2020.

“Revival’s in the Air” - Bethel Music

Worship music is such a balm for the weary soul. Bethel Music has been behind plenty of praise hits and emerging artists and they surely reminded us of the fact with this year’s “Revival’s in the Air.” Released around Memorial Day, this 17-song collection brings together Bethel talents like Josh Baldwin, Cory Asbury, and Brian and Jenn Johnson for an engaging live worship experience. In addition to this recording, Bethel released “Peace” in April. It’s an ethereal and melodic album full of past hits re-imagined.

“The Things That Got Us Here” - Sidewalk Prophets

The latest of our new Christian albums, “The Things That Got Us Here” from Sidewalk Prophets is a bundle of positive energy and encouraging, faith-filled lyrics. The whole album feels like an invitation to cast off your burdens and remember who and what have gotten you this far in life. Some of the more worthwhile tracks include “Smile,” “Thank You Jesus,” “Chosen,” and “I Believe It Now.”

Famous for his vocal talent and the energy he brings to his performances, Tauren Wells has shown himself to be one of the biggest voices rising through Christian music in the last several years. His latest is “Citizen of Heaven,” an album that blends together Christian pop with R&B and just about anything else influencing Wells’ sound. “Like You Love Me” and “Famous For (I Believe)” are two of the record’s most popular songs.

If you need an album to pull you towards worship during this season, might we suggest this work from Rend Collective? The band has an iconic sound that has developed over the years with hits like “Rescuer (Good News)” and “Build Your Kingdom.” On “Choose to Worship” you’ll find track after track full of celebration and praise of our God. “Day of Victory” is one song sure to have you locked into worship in no time. Below is a video the band recorded for that song while social distancing due to COVID.

Do you find yourself wishing for new music from TobyMac? We’ve got good news for you! An artist like TobyMac who has been in the business for over 30 years is bound to have all kinds of unused songs lying around, right? “The Lost Demos” gives fans the chance to hear seven previously unreleased tracks, from “On Your Own” to “The Real You.”

The author of several great worship records over the last five years is back. Elevation Worship offers listeners a Thanksgiving feast-sized portion of new music on “Graves Into Gardens.” The deluxe version of the album consists of twelve songs and ten live music videos totaling in over two hours of content. Beyond the album’s title track, fans of the group are enjoying “RATTLE!” and “The Blessing.”

Following Micah Tyler’s breakout 2017 album, “Different,” the singer’s latest work is another exciting chapter in his career. “New Today” blends together Tyler’s vocal strength with a mix of heartfelt ballads and pop-friendly songs of faith. If we’re picking favorites, why not check out the title track, “What Mercy Did For Me” or “My God Fights For Me”?

We mentioned earlier the many artists who have come out of Bethel Music. Steffany Gretzinger is an impressive vocalist who gained popularity through Bethel but has now come out with her third full-length solo album in seven years. “Forever Amen” is a contemplative record telling stories of faith and tugging on the heartstrings of the listener. You’ll want to hear the peaceful “No One Ever Cared For Me Like Jesus” over and over again.

Anyone in need of a heaping portion of musical encouragement can feast their ears on Matthew West’s latest album, “Brand New.” The singer has an impressive 16 tracks on the record, ranging from the moving “Grace Upon Grace” and “Truth Be Told” to more upbeat recordings like “What If” and “The Me You Made.”

“Let There Be Wonder” - Matt Redman

Next up on our list of new Christian albums is “Let There Be Wonder” from Matt Redman. It was one of the first major records to be released in 2020. Redman has been one of the leaders of the modern worship movement along with talented musicians like Chris Tomlin and David Crowder. In “Let There e Wonder,” he presents 14 songs of worship, not the least of which are “We Praise You” and “Mercies (New Every Morning).”

“Power” - We Are Messengers

Back for its sophomore studio album, We Are Messengers looks to build on the goodwill set by the group’s self-titled introduction to Christian music. “Power” sticks to the Irish band’s signature style with vocalist Darren Mulligan, even including the immensely popular “Maybe It’s OK” previously only released through an EP. Among the new tracks fans will want to give a listen are “Love” and “Knock Me Down.”

“Good to Me” - Rhett Walker

Formerly the leader of Rhett Walker Band with its many hits like “Come to the River” and “When Mercy Found Me,” Walker now runs his own show. “Good to Me” is the first full-length record in this new venture and it fits right in with his Southern rock/gospel style. Watch the official music video for the title track below.

Last on our list of new Christian albums from the first half of 2020 is RED’s “Declaration.” One of the last major vestiges of faith-based rock, RED delivers an unforgettable album for the band’s many fans with this latest effort. “All For You,” “The Evening Hate,” and “The War We Made” are all evidence that RED has plenty of gas left in the tank after seven albums and nearly 15 years of making music.

No matter what kind of year you’ve been having, we hope these new Christian albums offer you encouragement, hope, and maybe even a little bit of entertainment. To see all of your favorite bands together in one place, you’ve got to come to the K-LOVE Fan Awards. Each year we bring together the biggest names in Christian music, movies, books and sports for the ultimate fan experience. Find out how you can be part of the action by clicking on the link below.