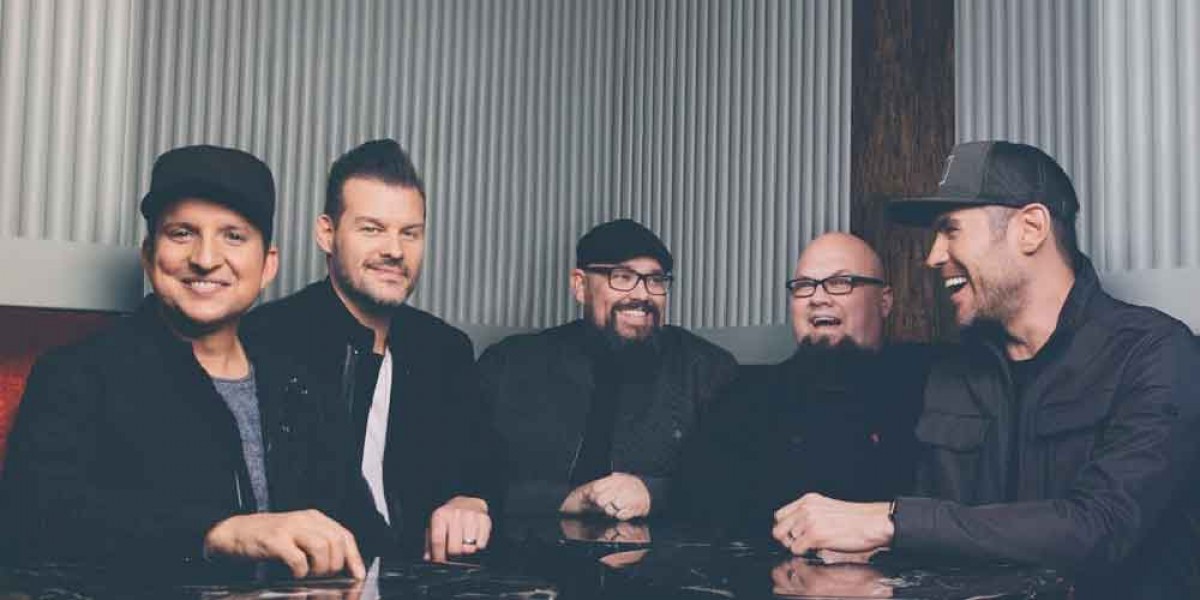 Another month has come and gone and with it a variety of new Christian albums have been released. If you’ve already burned through your copies of the top records from 2018, it’s time to find new music. September has a lot to offer fans of Christian music, with several major artists promoting new material. Whether you enjoy worship, rap, pop, or all of the above, there’s something for you in this month’s batch of new Christian albums. Find your new favorite song from one of the albums listed below.

For the first time in four years, Big Daddy Weave listeners can rejoice over a brand new album from the group. Fans got the first taste of “When the Light Comes” back near the beginning of spring when the first single, “Alive,” premiered. Before making it too deep into the album, audiences will be able to identify a slightly different sound from the group. Big Daddy Weave has updated things a little, but Mike Weaver’s signature voice still rings true on tracks like “This is What We Live For” and “All Things New.” “When the Light Comes” is the eighth studio album from the band, which has been around for roughly 20 years.

Although Hollyn has been routinely producing new music over the last two years, “bye, sad girl.” is the biggest recording project the singer has taken on since her first full-length album released in early 2017. The new EP is a collection of six songs speaking more to human relationships than some of Hollyn’s most popular work. Each song comes across as an emotional mile marker for someone traveling through the seven stages of grief following a broken relationship. The benefit of an EP, as opposed to a full-length album, is that an artist can focus her energy on a simple concept that may not have the longevity for 10-12 full songs. In that regard, the EP is an interesting project for the young singer’s fans to explore.

Another EP making its debut on our list of new Christian albums from the month is Jamie Kimmett’s “Prize Worth Fighting For.” The artist has created several popular songs over the last year, many of which can be found on the new EP. The recording’s title track is easily the singer’s best received work thus far, but songs like “Down” and “Jesus on the Radio” show that Kimmett is just getting started. If you’ve been looking to acquaint yourself with this emerging artist, now’s a good time to get his early highlights in one package.

Needing a new worship mix? Leeland has just released the live record “Better Word.” Packed with 15 songs and over 90 minutes of musical content, the release is something that can accompany you on a long drive to that out of town football game or just something for the morning commute. Either way, “Better Word” is one of the best worship albums to come out of September 2019. Some of the album’s most popular tracks are “Inhabit,” “Way Maker,” and “Where You Are.”

One of the most anticipated new Christian albums from the month is Jeremy Camp’s “The Story’s Not Over Yet.” Fans learned of the singer’s new material earlier this year with the premiere of “Dead Man Walking.” Like much of his work, the latest album sends a message of not giving up and trusting God to restore your life. “The Story’s Not Over Yet” is a modern pop production, but songs like “Father” call back to Camp’s earlier days of mixing rock and worship. The song “You Don’t” also has an appearance by the next artist on our list of new Christian albums.

We’ve got something for the hip-hop fans out there too. Social Club Misfits put out a new EP in September titled “Doom.” Despite its morose title, the recording features a number of chill tracks that process through so many issues we face in life. “Doom.” comes with a mostly-Spanish language song, “Tamo Aqui,” that bounces back and forth between it and English. This has become a common hallmark of albums by Social Club Misfits over the years. You can also enjoy the pair of rappers teaming Austin French on “Enough.”

“Nothing to Fear” - Aaron Shust

Last on our list of new Christian albums is Aaron Shust with “Nothing to Fear.” The worship leader reached a good bit of fame in the mid-00s, but Shust has consistently made quality music for nearly 15 years. “Nothing to Fear” blends several musical styles and instruments for a wholly original sound that won’t grow stale anytime soon. Some of our favorites from the album are “Savior of the World,” “Zion,” and “Heal Our Land.”

Moving on from the new Christian albums, there were several great singles released this month as well. Some are entirely brand new, while others come from existing albums but are just now being featured as singles.

First up is Danny Gokey’s “Wanted,” which was featured on the artist’s April 2019 album “Haven’t Seen It Yet.” The song has a message of hope and belonging as Gokey takes up the perspective of God who looks down on us and shares His love. Another song displaying the love God has for us is “Insatiable” by Kim Walker-Smith. Aided by the singer’s great vocal ability, the lyrics for this track remind us of just how much God wants from our lives.

After four years of little-to-no recording Sidewalk Prophets is back with its first new single. “Smile” is a country jam that wants you to choose joy over fear or sorrow. Our last new single from the month is an incredibly upbeat number from Tauren Wells called “Miracle.” If you can’t muster the strength to dance along to this infectious tune, you’ll at least appreciate the song’s celebration of the supernatural methods through which God works.

That wraps things up for this month’s update on the new Christian albums and singles making their debuts. We hope you have found plenty of amazing new music with which you can fill your week.

If you want to see the biggest collection of Christian artists in the most exclusive venue, you’re going to want to join us at the K-LOVE Fan Awards. We bring together musicians, filmmakers, athletes, entertainers, and authors for the year’s biggest event. Witness one-of-a-kind performances and unforgettable moments of worship when you book a trip to the annual K-LOVE Fan Awards Weekend. Click below to find out how you can enjoy the ultimate fan experience.