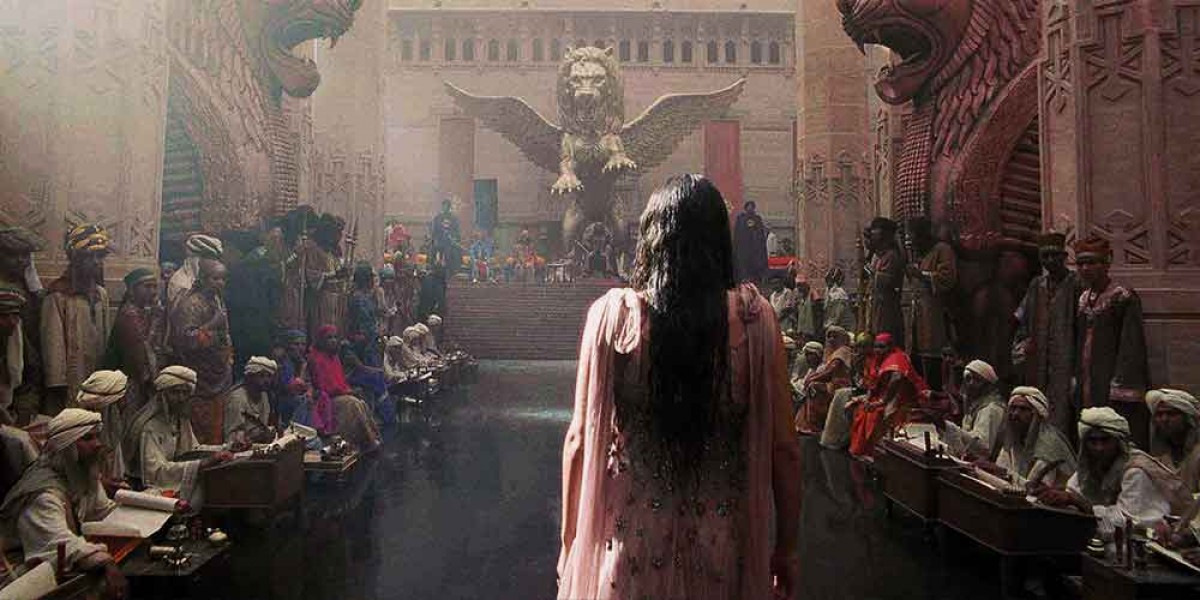 Superheroes may rule the box office these days, but another genre of film that has been well received over time is Christian movies that adapt Biblical stories. Decades ago Hollywood made epics like “The Ten Commandments” and “David and Bathsheba.” Although these big budget events may not be as popular today, Christian movies about the Bible are still being made. Here are some of the biggest and best modern Christian films telling stories from scripture.

“One Night with the King”

As you’ll find with many of the Christian movies that adapt Biblical stories on our list, “One Night with the King” is something of a rarity in that it focuses on a woman and tells a story that is not directly related to Jesus. Depicting the struggle of Esther, the film shares a look at God’s people during some of their darkest days living in captivity. Esther is one of the biggest female heroes of the Bible because she puts everything on the line in order to save her people from persecution. The film boasts performances by some Hollywood heavyweights in Omar Sharif, Peter O’Toole, and John Rhys-Davies, though it failed to bring a profit at the box office. Still, “One Night with the King” is among the best Biblical adaptations to date.

The first of several modern Christian movies to feature at least a cameo by Jesus, “The Nativity Story” gives its audience a better understanding of the journey faced by Mary and Joseph before the birth of Jesus. Starring Oscar nominee Keisha Castle-Hughes and Golden Globe winner Oscar Isaac as the earthly parents of the coming Savior, “The Nativity Story” is a very human tale which works because of its cast’s abilities. Though much of the film’s plot is somewhat fabricated due to a lack of coverage in the Bible, it feels true to its purpose.

Heading back to the Old Testament, “Samson” was a 2018 film which begged the question, “Can modern Christian movies deliver proper action sequences?” The story of Samson is one that lends well to the big screen, with our hero taking on hundreds of soldiers along the way. When the titular hero isn’t beating up on Philistines, the film has a lot to say about Samson’s relationships with foreign women and how they doomed him to an unfortunate end. The film gives an honest effort to show off Samson’s strength, but we don’t expect the violence to be too extreme for most viewers.

You can’t make a list of modern Christian movies that adapt Biblical stories without mentioning the highest grossing R-rated film of all time. Released just over 15 years ago, “The Passion of the Christ” was the film that set up the current era of Christian filmmaking. Though there were already some films being produced, this project showed studios that Christian audiences wanted something in theaters which appealed to them. It’s hard to argue with a worldwide box office take of over $611 million.

Another film displaying the story of Jesus, “Son of God” was a 2014 offshoot from the TV series “The Bible,” which aired during the previous year. Recreating episodes from the show, “Son of God” gives a birth-to-death account of Jesus' life story. Whether it was due to word of mouth or the success of the television show, the film earned nearly $70 million at the box office. Thanks to the performance of both projects, producers were able to pick up the New Testament story of the Bible in the following year with “A.D. The Bible Continues.”

For all of the great things covered in the four gospels of the Bible, one aspect of Jesus’ resurrection we often don’t think about is how fervently the government would have been searching for a man whom they had just put to death. “Risen” is the fictional tale of a Roman soldier assigned to finding the body of Jesus and punishing His followers for their treachery. During the investigation, we get to see what it would be like to come at the story of Jesus from a clinical mindset looking to solve a problem. Cliff Curtis portrays a wonderful version of the risen Savior here, delivering a view of God’s Son that is full of love and sincerity.

Moving just a little further down the timeline, we come to the next film on our list of Christian movies that adapt Biblical stories. “Paul, Apostle of Christ” is a production aimed to help us understand the growth of the early Church and the many forms of persecution it faced. The 2018 film shows the audience a Christian movement fearful of its government but devoted to Christ and one another. Jim Caviezel plays Luke while James Faulkner takes on the role of Paul near the end of his life.

While most modern Christian movies that adapt Biblical stories play a little fast and loose with their God-breathed origins, “The Gospel of John” is a direct and literal adaptation which recites the Bible word for word. You won’t find Oscar winners in this one, but it’s only because the roles are filled with region-specific actors who look the part and don’t give off an air of Hollywood filmmaking. At 160 minutes, this 2014 production is the longest on our list.

“The Book of Daniel”

One more Old Testament adventure, “The Book of Daniel” tells the life story of one of God’s most important dream interpreters. The Biblical figure had a long and interesting life serving a series of foreign kings during the years of Israel’s captivity. Here in this 2013 film viewers can learn the dangers he faced as well as the many ways God offered deliverance due to Daniel’s devotion. The story of Daniel is an inspiring one that belongs on the big screen.

Before wrapping up this article, we also want to mention a few animated films which bring to life the stories from the Bible. These stories often twist a few details so that the filmmaker can aim complicated or adult themes at kids, but the end product is typically still a very fun experience. First is “The Prince of Egypt,” the story of Moses and his God-given mission to free the Israelites from slavery. One of the most famous Bible-based films of all time, “The Prince of Egypt” owes much of its popularity to an amazing soundtrack and some captivating visuals.

Due to the success of “The Prince of Egypt,” Dreamworks wanted to see if lightning could strike twice with “Joseph: King of Dreams.” The movie employs a very similar style of animation and features some good music, though audiences didn’t fall quite as head over heels for the new chapter. Nonetheless, Joseph and God’s wonderful plan for his life do make for great storytelling.

Lastly, with so many endearing cartoons associated with the VeggieTales brand, it would seem wrong to not mention the brand’s biggest success ever. “Jonah: A VeggieTales Movie” hit theaters in 2002, earning more than $25 million along the way. It just goes to show that the Bible stories which captivated us as kids often make the perfect story to adapt for film.

We’re sure to find even more modern Christian movies that adapt Biblical stories in the future, but this list proves there have been some good efforts made in the current era. Watching Bible movies reminds us of all the amazing things God is capable of and the many ways He works in our lives.

The K-LOVE Fan Awards is all about celebrating the many books, films, musicians, and athletes that are making an impact for the Kingdom. Come be a part of the year’s biggest event where we honor these great individuals and put on the best concert experience of your life. Find out how you can take part in the ultimate fan experience by clicking on the link below.