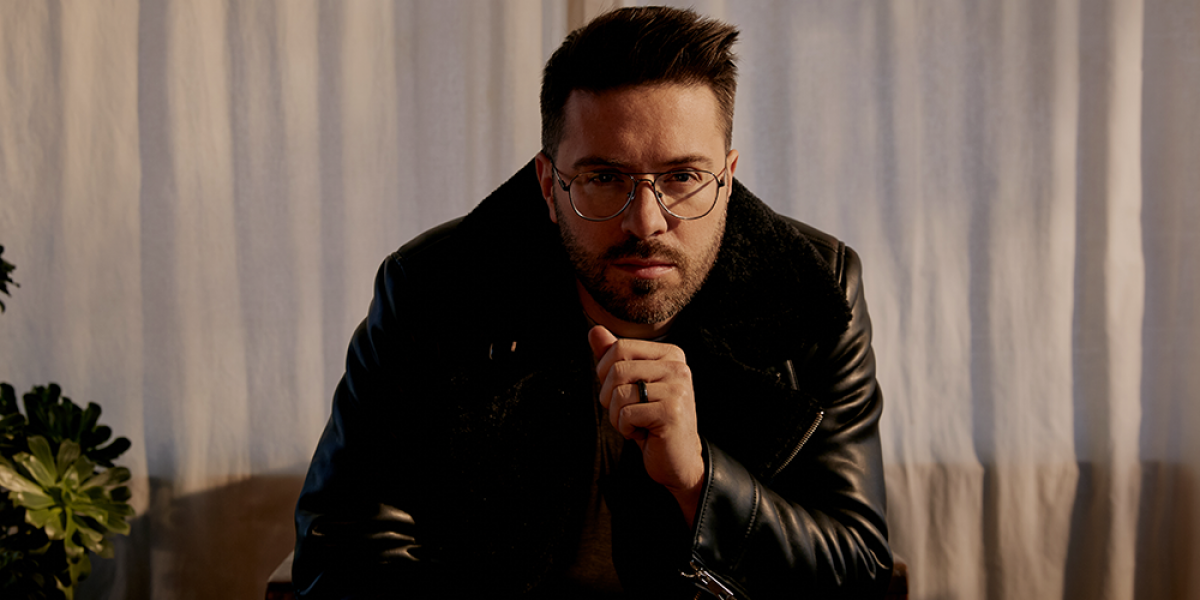 April can be a tough month for those of us dealing with the blessing of seasonal allergies or the annual donation to the Internal Revenue Service, but hopefully you’re enjoying warmer weather and a decent refund check from the government. Whether it’s been a good month for you or not, we’ve got some great new Christian albums to keep you company. Worship anthems, encouraging pop music and more will be supplying the soundtrack to your spring. Check out these new Christian albums and see what you just can’t live without from April 2019.

Since the days when “American Idol” thrust his story into the spotlight, Danny Gokey has been creating music that lifts people up and speaks healing to those who thirst for answered prayers from above. The singer’s third Christian studio album, “Haven’t Seen It Yet,” is a powerful eruption of joy and consolation showing Gokey still has plenty of juice left in the tank for years to come. Things kick off strong with the 2 Corinthians 5:17-inspired “New Day” before leading to the album’s uplifting title track and the captivating “Wanted.” Fans who have been with Danny Gokey since the “Tell Your Heart to Beat Again” days (as well as some new listeners) will be happy with the new installments on “Haven’t Seen It Yet.”

The first of several new Christian albums of worship from the month of April is “Paradoxology” by Elevation Worship. Repackaging older material can sometimes feel a little lazy, but the group has done something really special in “Paradoxology.” The nine-song album is less of a concert and more of a worship experience, with the first track acting as a musical invocation. Songs like “With You” and “Faithful” will turn wherever you are into a place of worship in a hurry. We know we’re living in a culture that values singles over albums, but this is one case where listening to the full record is ideal.

“Wherever I Go” - Dan Bremnes

The second album from singer Dan Bremnes has been made popular by its title song and the globe-trotting music video associated with it. “Wherever I Go” is a modern pop/rock album featuring an exciting mix of 14 tracks. You’ll find something for everybody on this record, from the upbeat rock vibe of “Thunder” to the calming and reflective “It Would Have Been Enough.” Each track clocks right around three minutes, making for an album that never lets any song wear out its welcome. Check out the video for “Wherever I Go” below.

In a month full of worship and pop music, we want to make sure you get a little hip hop to complement your listening. Social Club Misfits has been one of the biggest names in Christian hip hop for a while and they solidify that placement with this five-song EP. “Mood” is the band’s first release since last year’s “Into the Night” and features some of the group’s best work. “Up” is a quality hype song while “Que lo Que” lets the guys show off their bilingual skills. “Mood” is a quick EP you can finish in one commute and it will keep you popping throughout the day.

After about 15 years of Hillsong UNITED making music, fans have come to an understanding on what to expect from the group. “People” is a solid new outing from the world-famous worship group that delivers on those expectations. The live worship album includes several soon-to-be popular songs like “Good Grace” and “Another in the Fire.” With 12 songs which finish up around the 75-minute mark, “People” is a deep-dive in praise and worship that fans will come to love (if they don’t already after the first listen).

“Out of My Hands” - Mallary Hope

One of the most emergent female artists in Christian music is Mallary Hope, who made waves in 2018 with her breakout self-titled record. If you missed that album, or if you are already a fan, you’ll want to give “Out of My Hands” a listen. The new record features an impressive 17 songs, including four songs from the previous release. Hope brings together her country roots and CCM sound for an album full of great music. Here’s the video for “Me,” her most recent single, which can be found on “Out of My Hands.”

Now that you’ve seen some of the best new Christian albums from April 2019, let’s talk about the songs making their debuts this month. First up is “Fighting for Me” from Riley Clemmons. The song is a slow ballad declaring the ways in which God loves and protects us. The song technically premiered at the end of March, but we figured that’s close enough for our list. Building 429 brings us the next hot single of the month with “Fear No More.” If you need a song to pick you up after a hectic day or an anthem to belt out before you face a big struggle, we suggest you pick this one up fast. Kim Walker-Smith’s “Just Be” is a soft, moving song of surrender that yearns for us to sit at the feet of Jesus when the trials of our life are just too much. Another exciting track from April is “God’s Not Done With You” from Tauren Wells. The singer’s vocal talent is evident in all of his work, but this single is sure to be one that fans especially love.

For the tireless prayer warriors out there who are desperately looking for the works of God, “Invisible” by Stars Go Dim is going to be the song for you. It’s a reminder to all of us that God sees us no matter what we’re going through or how lonely we feel. Good things can happen when two talented Christian artists team up for a new jam. We see that in “You Cannot Be Stopped” from Phil Wickham and Chris Quilala. A song with a similar title to the one we just mentioned but with a very different feel is “Unstoppable God” by Sanctus Real. This new release is a mix of worship and a certain blend of foot-stomping rock which listeners are really going to dig. The last of our new Christian singles from April 2019 is a beautiful melody from Amanda Lindsey Cook of Bethel Music fame. “Still” is the perfect companion to the singer’s recent album “House on a Hill,” as both are emotional and heart-stirring compositions we can’t stop playing.

These new Christian albums and singles give the faith community plenty to enjoy for weeks to come. We always encourage fans to keep up with the latest music and support their favorite bands and singers when possible. Don’t forget to share the joy of new music with others by requesting the songs you can’t get enough of on K-LOVE.

More than just keeping you up to date on the latest new Christian albums, the K-LOVE Fan Awards is about celebrating all that God is doing through Christian music, movies, books, and athletes. We do this by bringing together the top names in each industry as well as their biggest fans for an event unlike any other. Find out how you can be a part of the ultimate fan experience by clicking on the link below.