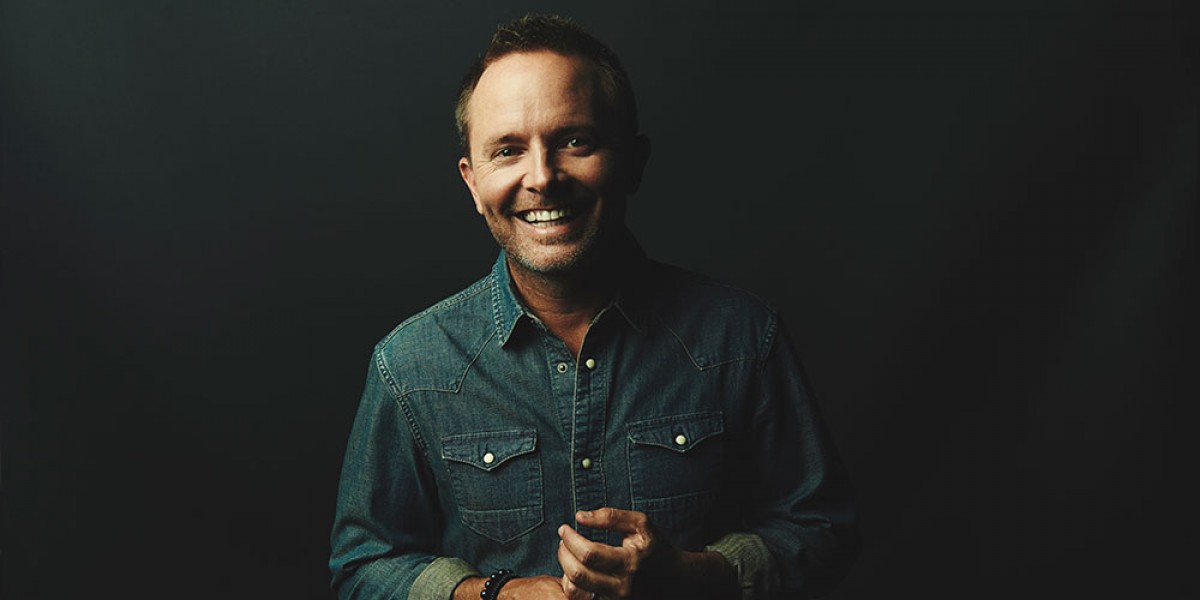 As football season kicks off and school is officially in full swing, you’re going to need some new Christian albums to enjoy at your tailgate or while waiting to pick up your kids from school. August 2018 delivered an interesting assortment of albums from up-and-comers, seasoned veterans, and just about anyone in between. It was also a great month for new singles hitting the airwaves, but more on that later. For now, here are some of the biggest new Christian albums.

You may think that there are just too many new Christian albums centered on worship, but the truth is that even worship music can come in a variety of different sounds. Stadium anthems are drastically different from an acoustic ballad sung alone in a studio. For Caleb and Kelsey, the latter seemed like the better route. The duo, comprised of Caleb Grimm of Anthem Lights and his talented wife Kelsey, released a worship album earlier this year full of covers and medleys. Now they’re back again for Round 2. Each track is essentially the two blending their voices accompanied by a piano. The combo makes for a nice worship album if you need a break from the big sound of 15-person bands.

It only takes one song to make you famous in the music industry, but if you keep the hits coming, you can start to build a career. That’s what Riley Clemmons is hoping for with her self-titled debut album that premiered this month. Since her first hit song, “Broken Prayers,” dropped around Christmas 2017, the 18-year-old singer has come out with two follow-up singles in “Better For It” and “Hold On.” The album is a strong first effort full of dance/pop beats and encouraging lyrics.

When Riley Clemmons was still six years old, Phil Wickham put out his own self-titled debut album. (Sorry, Phil) In August, the singer/worship leader released his seventh studio album in 12 years, titled “Living Hope.” Over the years Wickham has embraced a more pop-friendly sound while still putting out songs that are undeniably based in worship. You’ll find a couple of songs on “Living Hope” that sound more like a dance club than a church, but there’s really a lot of praise and worship packed into the album. Some of the highlights are “Song in My Soul” (feat. Hollyn) and “Till I Found You.”

Is there too much focus on pop and worship music in the Christian music industry? Maybe/maybe not. What we can say for sure is that anyone who loves Southern rock and country might feel a little parched at the moment. Luckily, the Rhett Walker Band has a new EP with six songs that are sure to give you a quenching. The EP is the band’s first major recording since 2014’s “Here’s to the Ones” and it goes to show the group’s signature sound hasn’t wavered at all in four years.

“How Could I be Silent” - Caitie Hurst - New Christian Albums

We have another debut in the August 2018 edition of new Christian albums. This time from singer Caitie Hurst, who recently signed with Centricity Music. Hurst’s sound resides somewhere between Britt Nicole and Hollyn, with beats that are energetic and songs like “Answers” that ask tough questions. The seven-song album is full of promise for the rising artist. We’ll wait and see what’s next on the horizon.

Chris Tomlin is still one of the biggest names in Christian music, so it’s always big news when listeners can their hands on new music. “Nobody Loves Me Like You” is an EP featuring five songs, including a title song that is sure to bring hope to many. The collection of songs feels like it may be setting up for a new album, but fans of Tomlin’s older material will also surely enjoy a new rendition of “Our God” that’s backed by stringed instruments. “Nobody Loves Me Like You” is sure to be one of the next worship anthems to be sung in stadiums around the world.

Speaking of great worship bands, Jesus Culture is one of the most prolific groups in the game. Each year the band delivers a strong collection of classic and original songs performed by a variety of talented musicians like Kim Walker-Smith and Chris McClarney. “Living With a Fire” is the latest live worship album from the band, a style that feeds into the way Jesus Culture offers up praise. We think it’ll be hard for most people to pick a favorite song, but “Freedom,” “Not Afraid,” and “Move” are all contenders. With 14 songs combining for a running time well over an hour, this is an album it might take you a while to fully unpack.

Maybe you already know which new Christian albums you’re going to check out this month and you’re simply looking for singles to request on your local K-LOVE station. The good news is that we have something of an embarrassment of riches when it comes to new songs from August 2018. Here are some of our favorites.

For KING & COUNTRY has been making waves ever since the group announced a new album was on the way (expected in October). The latest single to be released from the upcoming album is “Amen.” The song is a rather slow jam that mixes what sounds like Latin pop and choral arrangements. Next up is “Well Done” by The Afters. The track’s name is a reference to what we all hope will be said of us when we enter heaven. The music itself is very moving in the ways it describes the entrance to heaven and it calls us to action today while we still have time on this earth. It’s hard to go too long without hearing a new single from Sarah Reeves. This time she’s back with a song that runs a slow, steady beat in “Always Been You.” Ticking the worship box is “Here Again” from Elevation Worship. The group has quickly learned how to produce a powerful worship ballad and “Here Again” is another arrow Elevation Worship can add to its quiver of captivating hits.

“Before the Sun Goes Down” is the title track of the latest album from The New Respects. The song is a fun mix of pop, funk, and soul that will immediately warm up your heart. August also brought us two new singles from one of the most anticipated albums of the year, “Look Up Child” from Lauren Daigle. The title track, as well as “Still Rolling Stones,” shows the singer has some tricks up her sleeve in this sophomore album. Although Switchfoot is technically on a break, the band was still able to provide a new song for the upcoming film “Unbroken: Path to Redemption.” “You Found Me” is a song of God’s faithfulness that should pair nicely with the famous story of Louis Zamperini and his years of recovery following WWII. Wrapping up the month is “Only Jesus” by Casting Crowns. The track is a call to selflessness reminding us that the only name that matters at the end of it all is that of Jesus.

That does it for this month’s edition of new Christian albums and singles. No matter what your musical tastes are, we trust there’s at least one album or song in this mix that excites you. Never stop looking for new music that honors the Lord and makes your heart beat faster.

At the K-LOVE Fan Awards, we know just how important Godly music can be to the Christian walk. That’s why we bring together fans and the biggest Christian artists for the ultimate fan experience. Find out how you can be a part of it all by clicking on the link below.