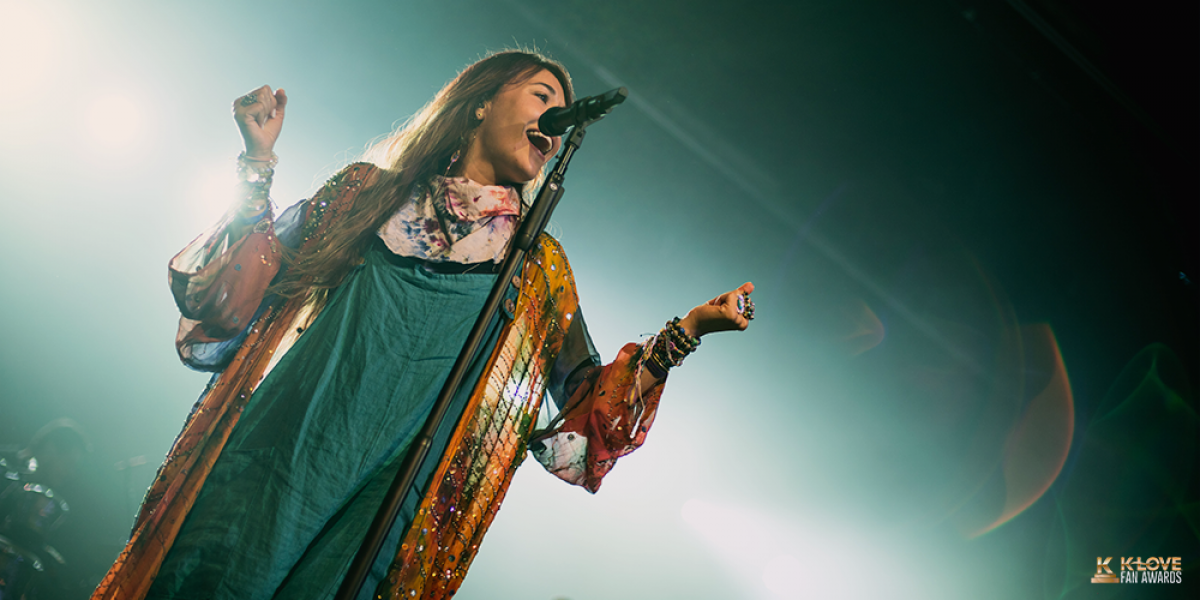 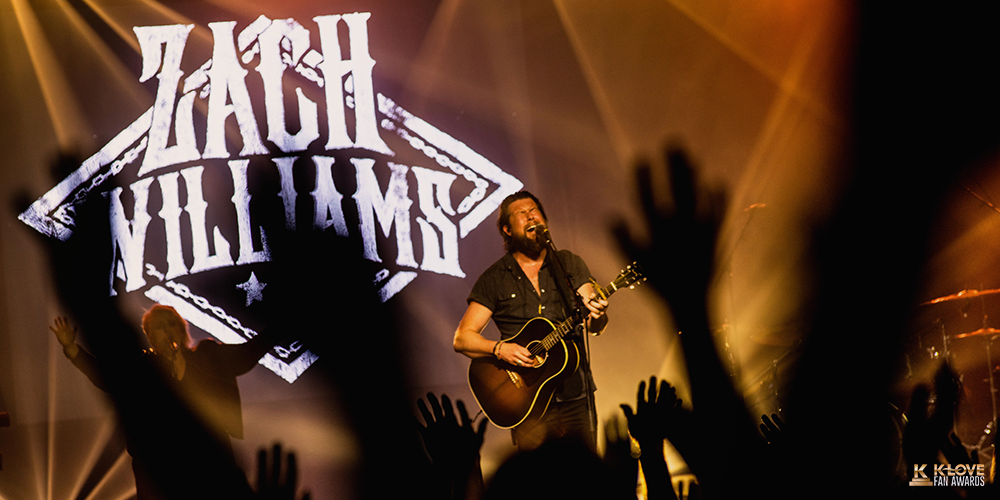 Between Friday’s check-in and the night’s Kick-Off Concert, fans who signed up for the weekend during a certain window of time last September were able to take part in a special dinner and Q&A with one of Christian music’s most famous performers, Lauren Daigle. The audience was able to enjoy some of the singer’s hometown favorite Cajun cuisine and enjoy exclusive access to Daigle before the weekend totally got underway. Shortly after the special event wrapped up, it was time for the launch of the ultimate fan experience, the Kick-Off Concert. This year’s show featured a trio of great musicians who have made an impact on millions of listeners. First up was Micah Tyler. The singer/songwriter behind “Different” and “Even Then” encouraged and entertained the audience with his talent and humor, setting the night up for some incredible possibilities. Next was Zach Williams, who has lit the Christian music scene on fire over the last three years with songs like “Chain Breaker” and “Survivor.” Bringing the night to a close was Lauren Daigle. Her wonderful voice and musical choices have made a lasting impression on audiences this year, so her presence was a thrill for fans of all ages. The night was memorable not only for the great talent onstage, but the words of life and faith spoken to all who were present. 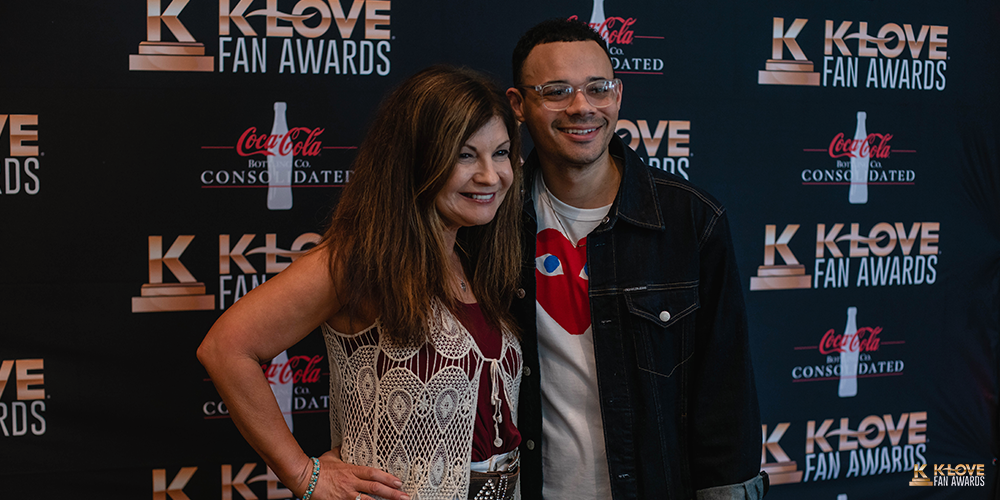 Saturday at the K-LOVE Fan Awards is a day full of meet and greets and other opportunities for engagement. In the morning, our female guests were invited to attend a time of coffee and encouragement featuring author Jan Harrison and rising musician Austin French. Like the Lauren Daigle event on Friday, other select guests were able to hang out with for KING & COUNTRY at an exclusive Q&A session. Later in the day, all of our fans were invited to spend time with artists like Chris Tomlin, Riley Clemmons, Tauren Wells, Steven Curtis Chapman, Phil Wickham and Mandisa at a series of meet and greet setups. 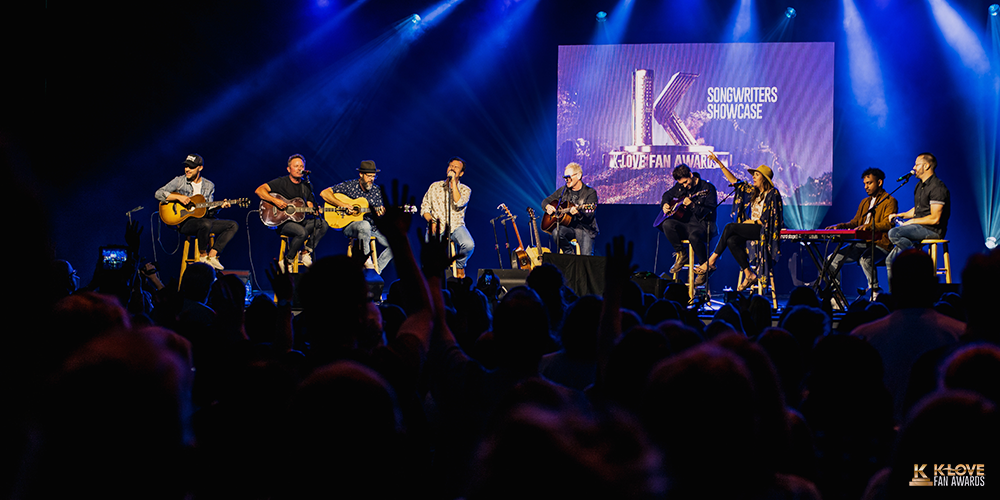 No Saturday at the Fan Awards would be complete without the Songwriters Showcase. This special event has quickly become the highlight of the week, as it invites some of the biggest names in Christian music together on one stage to share the passion they have for their work and what has inspired them to write the songs we love. The showcase in 2019 featured Chris Tomlin, Francesca Battistelli, Danny Gokey, Steven Curtis Chapman, and Mark Hall of Casting Crowns. A new addition to the Songwriters Showcase this year was an opening act who can warm up the crowd and get the evening started. We were so fortunate to have I AM THEY onhand for this part of the night and the group did not disappoint. One of the biggest changes from previous years at the K-LOVE Fan Awards was the decision to move the Run for Love 5K to a nighttime setting. This allowed for a new experience for fans to don glow sticks and other paraphernalia for the ultimate dance party and fun run.

On Sundays we start the day right by worshipping together with some of the best speakers and worship leaders one could ask for. Our morning service included filmmaker Alex Kendrick and Phil Wickham leading music. Along with Wickham were a few special guests: Lauren Daigle and Tauren Wells. It was an amazing time of worship and Biblical direction with great insights on spiritual identity from Alex Kendrick.

The Performances and Winners at the K-LOVE Fan Awards

It all comes down to the K-LOVE Fan Awards ceremony on Sunday night. The Kick-Off Concert, Songwriters Showcase, and other important aspects of the Fan Awards weekend are special in so many ways, but the awards show itself is on another level. Hosting together for the second year in a row were Matthew West and Mandisa. The pair have found a perfect groove of comedy and music which entertains the crowd and takes advantage of the skill set they each possess. 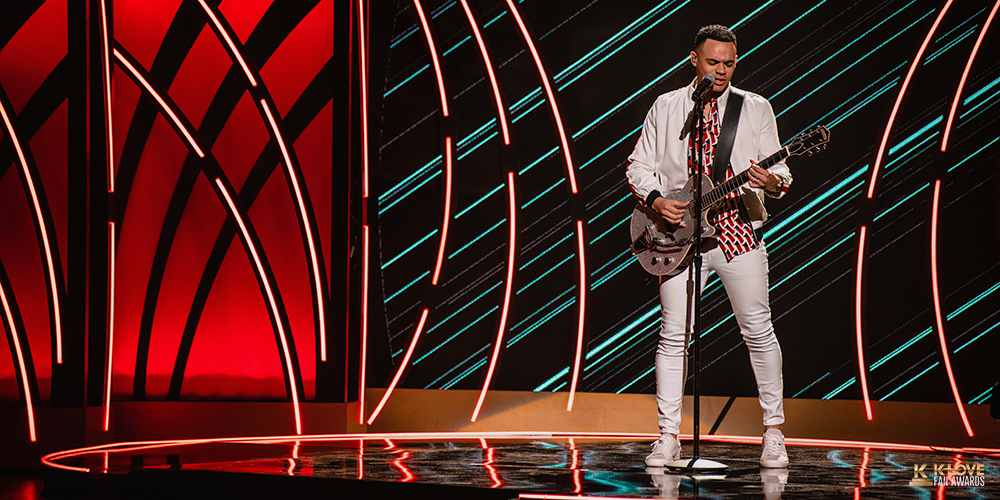 Fans have come to expect a certain level of showmanship and authenticity at the K-LOVE Fan Awards, a theme which can be traced among the night’s top performers. For KING & COUNTRY kicked things off with a performance of “God Only Knows,” a song which shares thematic issues with some of the night’s big winners. Some of the other highlights from the show include a passionate We Are Messengers playing “Maybe It’s Ok,” Tauren Wells offering a medley of “Known” and “Undefeated,” as well as a pair of closing performances by Lauren Daigle (“You Say” and “Look Up Child”). The great thing about the K-LOVE Fan Awards is that it brings fans together with the best names in the business. The show delivered on this promise with Steven Curtis Chapman doing a bluegrass cover of “Dive” and Casting Crowns playing their big single “Only Jesus.” Not only is the ceremony a night of fun and celebrations, but real worship happens too. Chris Tomlin partnered with Tauren Wells and Phil Wickham on “Is He Worthy?” and the latter brought down the house with “Living Hope.”

We don’t only celebrate the impact music is making in the faith community, but books, sports, and film as well. Joe Gibbs, who coached three Super Bowl-winning teams and owns a successful auto racing team, won the Sports Impact Award. He used his acceptance speech to share the story of his son who passed away in early 2019 and the great work being done through his legacy. The Book Impact Award went to Kathie Lee Gifford and Rabbi Jason Sobel for “The Rock, the Road, and the Rabbi.” A study of Scripture and a personal memoir, the book details the journey of Biblical discovery which the authors went down in order to better inform the public on popular facts about Jesus and Israel. The movie “Unplanned” took the Christian community and conservative politics by storm earlier this year when it depicted the life story of Abby Johnson, who went from working for Planned Parenthood to becoming an important pro-life figure. Star of the film, Ashley Bratcher, made an appearance to accept the Film Impact Award. 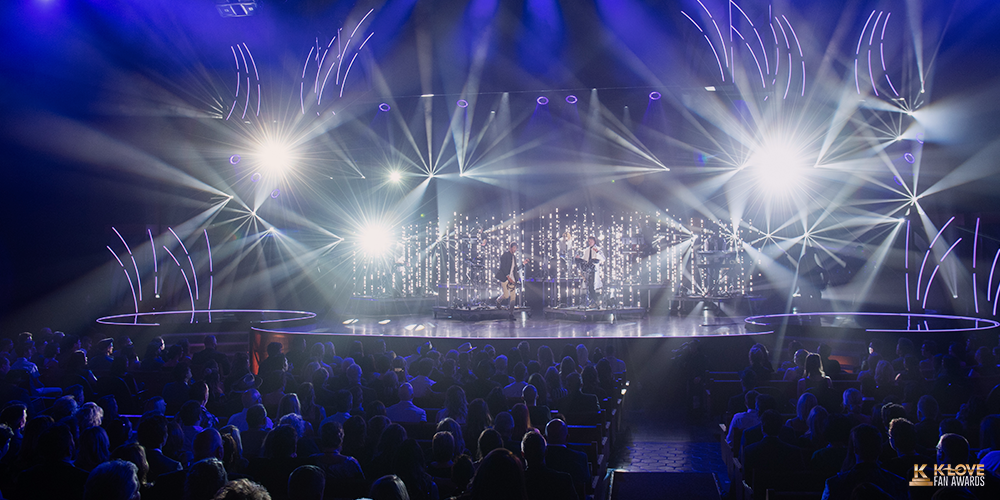 There is so much more we could say about the 2019 K-LOVE Fan Awards. It was another wonderful year celebrating all of the blessings God has bestowed on the Christian arts community. For those who joined us in Nashville for the weekend or watched the show on TBN later, thank you so much for your support. If you want to know how you can join us next year for the ultimate fan experience, click on the link below.