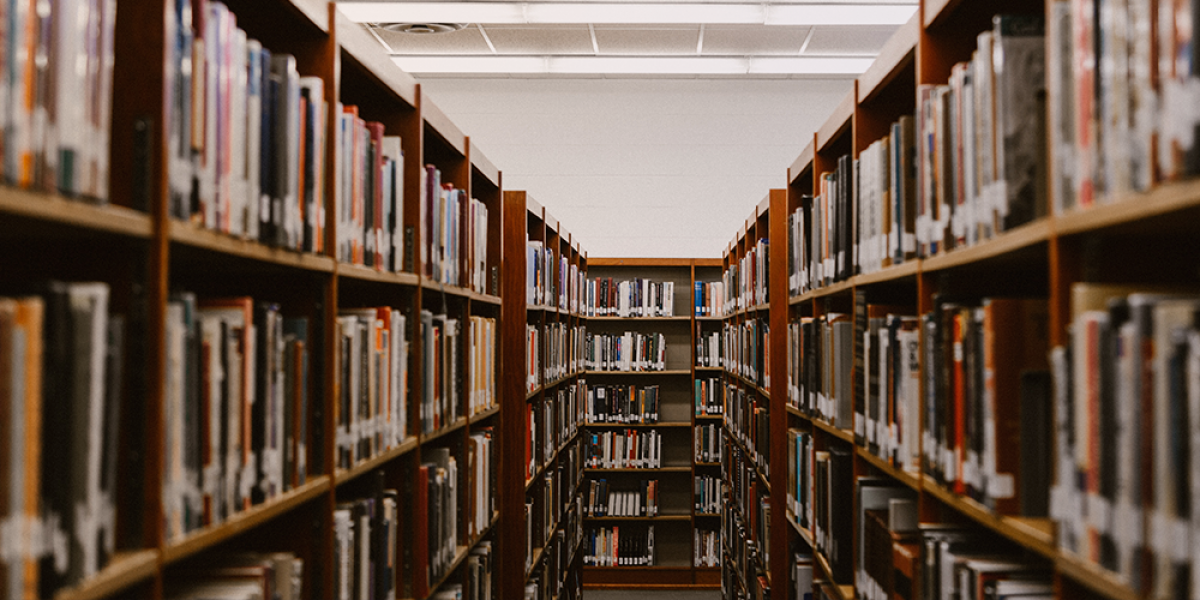 Now that you’ve made it through the holiday season, you can finally get back to hobbies you love. That means it’s time to crack open a new book and get to work. Christian writing is often set aside for serious works of nonfiction, but there are plenty of fiction writers creating captivating stories as well. Here are some of the biggest books in Christian fiction from 2019. Find out what you may have missed over the last year.

Like most Christian fiction reads, “The Governess of Penwythe Hall” has a little romance, some mysterious elements, and a wholesome feel overall. The story follows a widowed governess who must care for five children whose parents have died as she travels to connect them with their closest blood relative. Set in the Regency era of English history, the latest book by Sarah E. Ladd promises a good way to spend your evenings...or the pick-up lane at your kids’ school.

“How the Light Gets In” - Jolina Petersheim

The next entry on our list of biggest books in Christian fiction from 2019 is another beginning in tragedy. After her husband and father-in-law are killed, a mother travels with her kids to the Mennonite community where members of her deceased husband’s family remain. It’s a tale concerning sorrow, new beginnings, and being open to the next chapter in life. Readers say Jolina Petersheim has crafted an emotional narrative that gets to the heart of what marriage and family are all about.

Some of the most compelling stories in the present are established by a series of small choices in the past. Such is how the story of “Smoke Screen,” where young love has led to murder, arson, and a number of other destructive forces. Terri Blackstock’s work surrounds the love story of Nate and Brenna. Over a decade earlier, Nate’s father, Roy, was sent to jail for murdering Brenna’s dad following an exchange of words related to the two young people dating. Now, Roy has been pardoned and old wounds are resurfacing, along with an old romance.

“Echoes Among the Stones” from Jaime Jo Wright is the story of two women separated by decades in time looking to solve a Wisconsin-set murder mystery. Aggie is a woman adrift who has moved back home with her grandmother and taken a job helping restore an old cemetery. It is here where she comes across the remains of a hidden crime that could put her own life in danger. The story also flashes back to 1946 when Imogene discovers her younger sister has been killed, leading her on a quest for justice. The two women’s separate journeys become one over the course of “Echoes Among the Stones.”

One of the most celebrated Christian fiction writers, Beverly Lewis has made a name for herself telling stories from the perspective of Amish and Mennonite communities. In 2019, Lewis continued this path by releasing “The Tinderbox.” The plot of this book involves the discovery of a long held secret which threatens to tear apart a religious community and the families belonging to it.

It’s not uncommon for an author to debut more than a single book in a given year, but Tracie Peterson went and created an entire anthology for 2019. Brookstone Brides refers to a trio of women involved in the Brookstone Wild West Extravaganza, a traveling group of performers at the turn of the 20th century. Each book is packed with history, romance, and adventure. You can read the story in “When You Are Near,” “Wherever You Go,” and “Whatever Comes My Way.”

Some of the biggest tales can be found in the smallest settings. For Irene Hannon, the community of Hope Harbor is the inspiration for several popular books. “Driftwood Bay” is the fifth entry in this collection of stories, each of which stands on its own power but takes place in the same town. The newest arrival tells readers about a pair of argumentative neighbors who come together to help a family in need.

If you don’t like jumping into a series of books late, perhaps you’d like to get in on the ground floor with a different group of romance stories taking place on the seashore. This new one is about three sisters coming to the small island recently acquired by their father in order to breathe new life into the community. For one daughter, though, the local people, and especially a male school teacher, may be the ones breathing life into her.

Reading our list of the biggest books in Christian fiction from 2019, you may be starting to think it’s nothing but romances, one after the other. Let us dissuade you from that notion with “The Persian Gamble” by Joel C. Rosenberg. The author has been behind some of the biggest geopolitical works of fiction the Christian genre has ever seen. In his latest, a former Secret Service agent must convince his government to help him bring home a Russian double agent responsible for chaotic global tensions, all while averting a nuclear crisis unfolding between North Korea and Iran.

Author Rachel Hauck has been behind some of the biggest books in Christian fiction over the last several years. Building on the success of “The Wedding Dress” and other works, Hauck is back with another immersive tale in “The Memory House.” Jumping between the 1960s and a post-9/11 world, the plot unfolds with two women overcoming tragedy and retracing family history, all of which is connected through a single house.

“With This Pledge” - Tamera Alexander

Among the first of the year’s highly acclaimed works was “With This Pledge,” written by Tamera Alexander. The book is anchored by Civil War history and a true romance between a Southern governess and a Confederate soldier. Alexander’s book reveals the internal struggle of a young woman who is at odds with the Southern army but is unwittingly forced into serving in one of its field hospitals.

“The Girl Behind the Red Rope” - Ted and Rachelle Dekker

Ted Dekker has long been known as a popular name in Christian horror and fiction, but “The Girl Behind the Red Rope” sees him pairing up with his daughter, Rachelle (an author in her own right), for a collaborative effort. The story revolves around Grace, who lives in a secluded religious community hiding from an apocalyptic event. When outsiders begin to show up and questions arise, she’ll start to question everything she’s ever known.

Last among the biggest books in Christian fiction from 2019 is “Strands of Truth” by Colleen Coble. The author behind the Lavender Tides and Rock Harbor books is back with a reflective story of uncovering your origins. After moving past the loss of all her immediate family over time, Harper Taylor takes a DNA test which reveals the existence of a previously unknown half-sister. This discovery leads to a long pursuit of truth that will forever change her world.

Was your favorite among the biggest books in Christian fiction from 2019? While this is far from every work of fiction the year offered, we believe this is a noteworthy collection you should check out the next time you’re looking for a good book.

At the K-LOVE Fan Awards, not only do we look to celebrate the top artists in Christian music, we want to honor the authors, filmmakers, and athletes who are making an enormous impact on the Christian culture. That’s why we bring together the biggest entertainers and personalities for a night full of amazing performances and awards where the winners are chosen by the best fans in the world. Click on the link below to find out how you can join us for the ultimate fan experience at the K-LOVE Fan Awards.