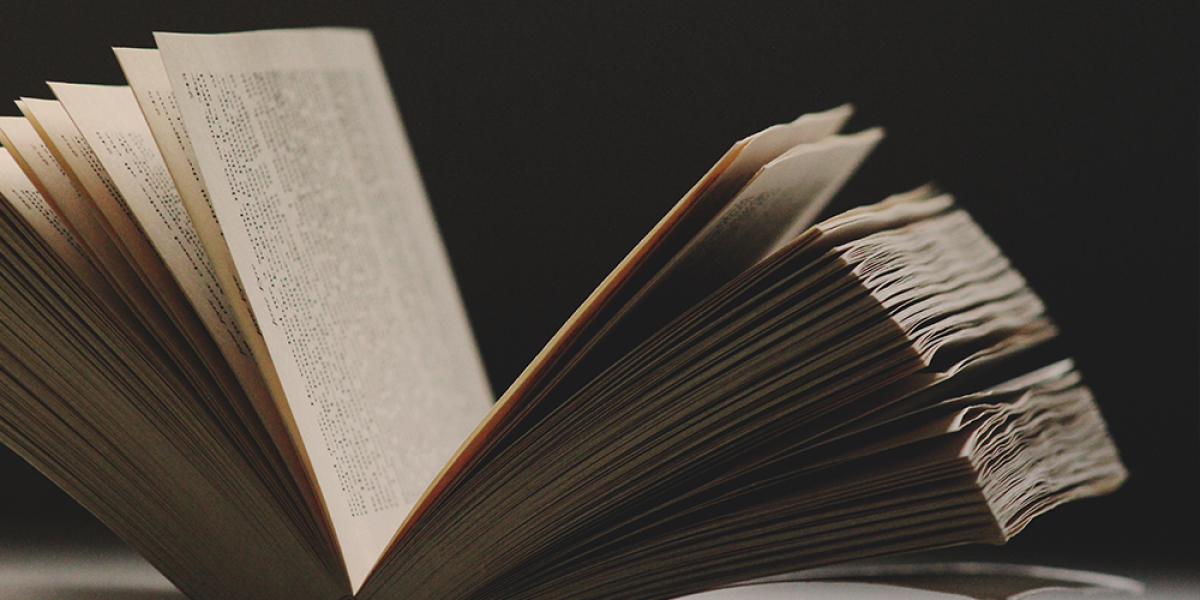 On top of spiritual content, the Christian genre also delivers a steady stream of wonderful fiction books year after year. We are excited to share these stories from some of the best new release Christian books of 2018. Promising debuts from new authors and great installments from beloved writers make up this year's collection. If you’re need something fun to read this holiday season, check out one of these new release Christian books.

C.S. Lewis has captivated audiences for decades through his personal essays and fictional allegories. Now his own life is the subject of the story. Author Patti Callahan tells a romantic imagining of the relationship between Lewis and his wife, Joy. Follow along in the romance as Joy, an aspiring writer, learns more about herself as a person and makes a connection with the famous author.

Stories about Amish and Mennonite communities are very common in Christian circles, as the old-fashioned setting is typically well-primed for a clean adventure dealing with faith, romance, and family. “The First Love” follows a trend of Beverly Lewis’ many successful books revolving around this world. When young Maggie feels she is missing out on life due to her chronic illness and family issues, she hopes and prays for God to change her situation. Will she hold fast to her faith or has it all but run out?

Following on the success of “Waves of Mercy,” author Lynn Austin continues the story of young Anna Nicholson as she moves back to Chicago and prepares for her wedding day. As if that isn’t enough cause for stress, she must deal with troubling stories from her past as well as false allegations which threaten to ruin her newfound happiness. “Legacy of Mercy” is a story about overcoming the past and stepping out bravely into the real world.

The author of such Christian classics as “Left Behind” and “Hometown Legend” returns with a novel full of Biblical history. When an archeologist uncovers the possibility of a previously unknown patriarch from Bible times, she finds an unseen enemy who will stop at nothing to bury her find. “Dead Sea Rising” blends the modern world with the environment of the Old Testament for a story you just have to finish.

“When We Were Young” - Karen Kingsbury

It’s hard to go too long without some new release Christian books coming out from Karen Kingsbury. The prolific Christian author is back with a new story involving the Baxter family, who has been the subject of such books as “Love Story” and “To the Moon and Back.” After a married couple decides to call it quits, the husband wakes up the next morning to experience a Scrooge-like future where he can see the ramifications of this decision.

The Silent Years series from Angela Hunt creates historical fiction in the time between the Old and New Testaments. The second installment of this series, “Judah’s Wife,”  was published earlier this year. The story follows a Jewish wife in the Middle East who must choose between peace and fighting for the ways of her people. A third chapter, “Jerusalem’s Queen,” also premiered this year, for those who may be interested.

Christmas break is a great time for catching up on new release Christian books from the previous year. If you want to read an actual Christmas story, you may want to check out this new tale from Terri Blackstock. Holiday romance is in the air when a cab driver meets the granddaughter of the old woman he’s duty bound to drive around town each day.

Author Sharon Garlough Brown has spent years building up the lives of four women in her Sensible Shoes series. “An Extra Mile” brings the series to a close as each woman comes to terms with her position in life as well as sacrifices and progress made along the way. Fans of the series will enjoy this latest journey, but it’s also a good opportunity for new readers to try out the series.

“Under a Cloudless Sky” - Chris Fabry

Writer Chris Fabry returns with an exciting new novel about a coal mining community dealing with major upheaval, both in the past and today. Bouncing between 1933 and 2004, “Under a Cloudless Sky” examines the importance of small town life, family legacy, and the cost of doing business. Will the town be saved from corporate entities or will the land be turned over for energy development?

“The Man He Never Was” - James L. Rubart

People change, but how much change can be chalked up to natural development? When an abusive man returns to his family after inexplicably vanishing, with no sign of anger in his heart, they must decide if his newfound disposition can be trusted. At the same time, the husband wants to understand how he came about this lifestyle change and what caused him to mysteriously disappear in the first place.

In 1965, a young black man named Isaac disappears from a small Alabama town, but no one seems to be too worried about where he went. Despite being wealthy and white, Pete wants to know what happened to his friend Isaac. During the course of his investigation, he will uncover secrets he wished had remained buried and the town will better understand the quickly changing world. The debut novel from Valerie Fraser Luesse is among the most exciting new release Christian books this year.

“The Heart Between Us” - Lindsay Harrel

Another writer newly on the scene is Lindsay Harrel, whose “The Heart Between Us” has made a big impression in 2018. The plot follows two sisters: one who spent her childhood in hospitals due to a heart transplant and the other who was lucky enough to enjoy a “normal” life. When the former receives a bucket list from the parents of her organ donor, the two sisters decide to set out and complete each task.

Colleen Coble’s latest adventure in the Lavender Tides series is a mystery that follows a house flipper determined to find out what happened to her sister. Ellie joins forces with a Coast Guard intelligence officer who believes the disappearance has to do with a missing shipment of cocaine. “The House at Saltwater Point” is a suspense novel about family, murder, and finding the truth. What more could you want?

For fans of Tom Clancy and other political/military authors, Joel C. Rosenberg is a name to write down. One of the hottest new release Christian books of 2018 was “The Kremlin Conspiracy.” As much as we hear about Russians and conspiracies these days, this novel about covert agents and dangerous political regimes is extremely timely. Rosenberg has already proved himself to be a major player in the Christian fiction arena with “The Last Jihad” and “The First Hostage.”

Another story dealing with issues of race and community is “The Solace of Water” by Elizabeth Byler Younts. After moving to a new area after the death of her son, a woman and her daughter befriend their white, Amish neighbor. Between these two households is a world of secrets and past mistakes which all threaten to reveal themselves against the backdrop of 1950s Alabama.

These new release Christian books of 2018 show that fiction is alive and well these days. With so many engaging stories to be read, we know you have much to catch up on. Even Christian works of fiction have the power to impact our lives each and every day. At the K-LOVE Fan Awards, we seek to celebrate the great authors, musicians, filmmakers and athletes who are making their marks on the Christian community today. That’s why we bring together the biggest names in Christian entertainment for the ultimate fan experience at the K-LOVE Fan Awards. Find out how you can be part of it all by clicking on the link below.