Christian Movies for Families During the Holiday Season 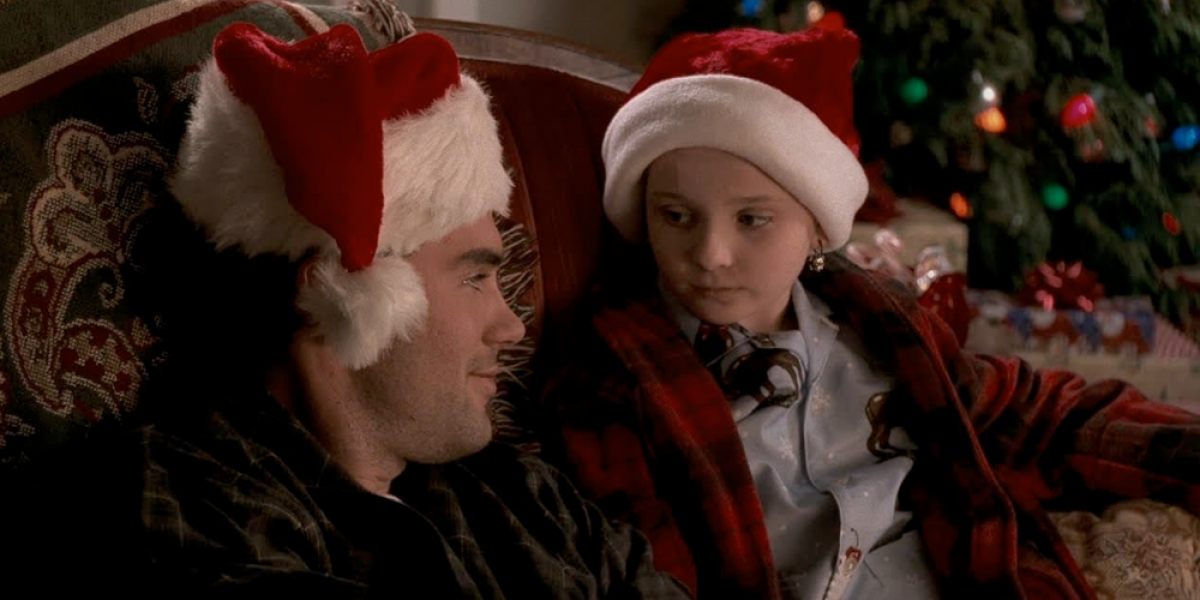 During the holiday season there can be a lot going on. Sometimes you just need a good movie to bring the family together. If you’ve burnt out watching “Elf” and “Miracle on 34th Street,” we’ve got some of the best Christian movies for families. Between dramatic films and animated comedies, these Christian movies for families have what you need this Christmas. Here are some of our top suggestions.

“The Chronicles of Narnia: The Lion, the Witch, and the Wardrobe”

Kids, grandparents, and everyone in between enjoy the works of C.S. Lewis. The most famous entry in the Chronicles of Narnia series is also one of the best Christian movies for families at Christmas time. Epic battles and talking creatures help convey the story of Jesus in a different way from most Christmas films. The film was the second most profitable at the domestic box office in 2005. It landed just between “Star Wars Episode III: Revenge of the Sith” and “Harry Potter and the Goblet of Fire.”

“Let There Be Light”

For older audiences, “Let There Be Light” is a drama that preaches the value of trusting God and coming together as a family. A renowned atheist (Kevin Sorbo) survives a rough car accident where he sees a vision of his deceased son. This leads him to question the beliefs which have brought him a lucrative career. The film is a rather simple drama compared to some of the other Christian movies for families on our list, but fans of Sorbo will certainly enjoy it.

If you haven’t already enjoyed “I Can Only Imagine,” you may be the only one. The film made $83 million at the box office in spring 2018. The sixth most profitable Christian film of all time, “I Can Only Imagine” tells the personal story of MercyMe singer Bart Millard and his relationship with his father. Whether your family knows and loves the song by the same name, this film is one that will have everyone hooked by the time the credits roll.

Released only a few short months before “Facing the Giants” pumped some life into the Christian film genre, “The Ultimate Gift” tells the story of a spoiled heir who learns he must complete a series of challenges in order to inherit his grandfather’s fortune. The film is more of a family film than a Christian one, but the values on display are a great example for viewers of all ages. Highlighting hard work, selflessness, and learning to do the right thing, “The Ultimate Gift” is a perfect watch for the Christmas season.

From the mind of Max Lucado comes this Christmas story about a town where Christmas is a time for miracles, at least for whomever is awarded the Christmas candle. A new pastor comes into town and sees this annual festivity as a cheap parlor trick. He hopes to restore people’s faith in God rather than some superstitious lottery system. “The Christmas Candle” is a period piece with all of the smalltown charm one would find in a Hallmark movie, making it a great choice for the family.

“Same Kind of Different As Me”

The holiday season, on a human level, is all about helping others and celebrating Christmas with those you care about. In “Same Kind of Different As Me,” the protagonists (played by Oscar nominee Greg Kinnear and Oscar winner Renee Zellweger) decide to bring a homeless man (Oscar nominee Djimon Hounsou) into their lives, forever changing how they go about their day to day lives. “Same Kind of Different as Me” is a heartwarming tale featuring a stellar cast you and your loved ones will cherish.

One of the most star-studded Christian movies for families is this animated film from 2017. Going somewhat beyond the account of Christ’s birth in the gospel of Luke, “The Star” tells the story from the perspective of the many animals present in/around the time of His coming. The film is a humorous, fast-paced story that will teach kids certain aspects of the first Christmas while also delivering a fun movie. The successful animated film features voices from many talented individuals such as Christopher Plummer, Patricia Heaton, Zachary Levi, Steven Yeun, and Keegan-Michael Key.

If “The Star” seems a little too crazy for you, maybe you and the family will enjoy a more realistic take on the journey of Mary and Joseph to Bethlehem. “The Nativity Story” is a drama that encapsulates all of the hardships faced by Jesus’ earthly parents along the way to the manger where the birth was to take place. Although there is a fair bit of license taken in the storytelling, it’s a rather faithful adaptation which will give you a new appreciation for the struggles faced by Mary and Joseph.

Again we have a story straight from the Bible as one of the best Christian movies for families during the holiday season. The tenth highest grossing Christian film of all time, “Son of God” brings together the scenes concerning Jesus from the television miniseries “The Bible” for a feature presentation. Instead of only watching the birth of Jesus, why not get the full story with “Son of God?”

We know A) you’ve probably already heard of or seen this film and B) it’s not the most Biblically literate film of all time, but “It’s a Wonderful Life” is a classic for a reason. The story revolves around a young, small town man (James Stewart) who wants to see the world, but discovers that God has other plans for him. The story is one which many can identify with: crushed dreams, finding love and family, choosing between fortune and doing what’s right for your community. If you haven’t seen the film before, this might just be the year for “It’s a Wonderful Life.”

Last on our list of Christian movies for families during the holiday season is “A Charlie Brown Christmas.” Sure, it’s only about 25 minutes long, but this holiday tale packs a lot into that short running time. If you need something to entertain the little kids or if the grownups not cooking dinner need something quick to watch before the food is ready, this is a great option. At Christmas time, Charlie Brown has to find the true spirit of the season and dodge all of the commercialism threatening to destroy the holiday. The marquee moment for believers comes near the end of the film as Peanuts character Linus recites the account of Jesus’ birth verbatim from Luke 2.

These Christian movies for families during the holiday season offer laughs, Biblical truth, and heartwarming stories for all. If you find yourself needing something to cheer you up or entertain a group of family members, these are some of the best options for Christian films.

The K-LOVE Fan Awards cares about Christian movies for families, but that is only one part of the entertainment we celebrate each and every year. Christian athletes, music, and books also leave an incredible impact on the Christian community and we want to recognize the artists and creators fans love. That’s why we bring together the biggest names in the business and the most passionate fan base around for the most amazing musical event of the year. If you’d like to enjoy the ultimate fan experience, click on the link below.