How to Get More Christian Movies in Theaters 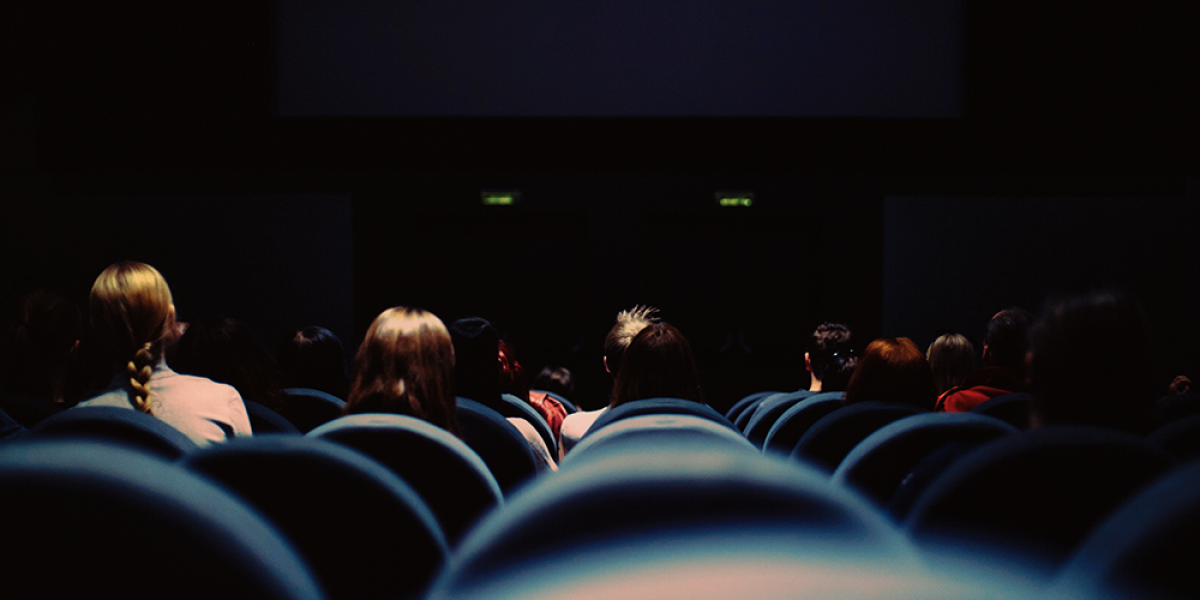 It’s a Friday night and you and your family want to go see a movie at your local theater. The only problem is your theater isn’t playing anything that A) interests each member of your family and B) is safe for younger viewers. Wouldn’t it be nice if you had more Christian movies to see in theaters? Not just because they are safe for your family or because they often depict people like yourself as the hero, but because Christians have stories worth telling too. You may feel like there isn’t much you can do to help put more Christian movies in theaters, but you’d be wrong. Thanks to the entertainment structure we have today and the help of the internet, you’re more powerful than you can imagine. Here are some of our tips for everyday people who want to see more faith-based options on the silver screen.

Although there may not be as many Christian movies in theaters as you’d like to see, there are at least three to five coming to your hometown in a given year. 2018 saw nine Christian films with theatrical releases. Some of these movies were only seen on a few hundred screens nationwide, however others saw a distribution well over 1000. That’s still a far cry from major film studios who debut a new superhero film on 4000 screens during opening weekend, but most city-dwellers have an honest chance to see Christian movies hitting their local theaters.

This is the simplest thing you can do if you want to help faith-based films survive in a competitive market. Maybe you’re going through a Dave Ramsey program and you can’t afford a $100 trip to the movies with your whole family. In that case, why not leave the kids at home and make it a simple date night? We’re not saying you have to buy a ticket for every single showing, just try to support the film on opening weekend however you can. Like pre-ordering in the publishing world, opening weekend box office numbers are significantly important in the film business. If your movie bombs on that first weekend, you may not get a second. “I Can Only Imagine” made big waves in March 2018 when it debuted in third place with $17 million on its opening weekend. This got people to notice and the film went on to earn $83 million total. Don’t just say “I’ll see that movie when I get around to it.” Plan to buy a ticket on opening weekend and you’ll already be doing a lot to help Christian films.

Another important thing you can do to ensure there are more Christian movies in theaters is to spread the word about upcoming or current releases. Studios typically spend tens of millions of dollars promoting their films, but most faith-based productions can’t put up half that much. That’s why it’s so important for everyday people to help where they can, namely on social media. It has never been easier or quicker for you to share information with everyone in your network. Why not use that to your advantage in spreading the word on a new Christian film hitting theaters?

Before we go too far on this point, we encourage you to embrace the “less is more” principle when sharing on social media. If you post 12 times in three days about a movie, people might be turned off. How about following the film on Facebook and sharing the trailer or maybe an update or two? After the film comes out, you could even give a brief review. Fulfill that inner wish to be on Siskel and Ebert and let your friends and family know what the film meant to you. It’s one thing to tell someone to see a film, but another to tell them how it affected you. Sure, you’ve got a busy life just like us, so don’t feel like this is a new part-time job for you. We simply know that awareness is important for a film’s success and any time you can spare (even 2 minutes) is appreciated by the filmmakers.

Some Christians believe being “in the world but not of it” means completely separating from culture and only enjoying art that is Christian in a sense. Others believe there shouldn’t be any division between Christian and popular culture. Whichever camp you find yourself in (or, more likely, somewhere in the middle), we need to respect the influence of culture. Music, films, and books that tell our story can have a lasting impact. Not only does culture help us understand who we are, but it can change hearts and minds as well as, if not better than, any reasoned debate. Young people need to be taught to respect and dissect culture, to be able to understand what is being said and to know how to communicate with others. If we’re going to have more Christian movies in theaters, we need to raise up creative Christians with stories to tell and help them realize their ambitions. Maybe this means signing a check to help some local production, but it could be as simple as encouraging your own child who loves to write or shoot movies.

This may be a little touchy for some, but in order for a film movement to survive, there has to be some level of critique. We see this in comedy, science fiction, action, horror, and so on. We may live in a culture that loves to pile onto projects or people that have been deemed bad by some unseen force on the internet, but criticism does not have to be something mean-spirited or intended to hurt others. It’s about crafting something that is truly special.

When we treat every Christian movie as a completely flawless work, we keep people from seeing the films that are truly great. There is a stigma around Christian movies that is similar to those found on Lifetime or the Hallmark Channel. Some people believe all Christian films are cheesy, poorly acted or written, and telling the same story. How can we fix that? By celebrating the amazing films that come our way and being honest about movies that just come short of being objectively good. The key to good Christian criticism is to be constructive and kind, while acknowledging where a film may have tested your limits. We already apply this standard to restaurants, hotels, books, and, yes, secular films, so why not do the same for Christian movies?

Not to call for torches and pitchforks, but one can always ask local theaters to play more Christian movies. While they may not be able to conjure films out of thin air, it would at least let the owners know that their customers would like to have the chance to see more Christian movies in theaters. Even if your theater already carries the occasional faith-based film, repeated solicitation by guests might sway the staff to adding more showtimes or carrying the film for an extra week. Of course once those films arrive, audiences better back their words up with their wallets or else it may have been no use.

At the K-LOVE Fan Awards, we want to celebrate all that God is doing in the world of entertainment. By celebrating the biggest achievements and creating the most exciting Christian music awards event of the year, we want to throw the ultimate fan experience. Join us at this year’s spectacular show! Find out how by clicking on the link below.