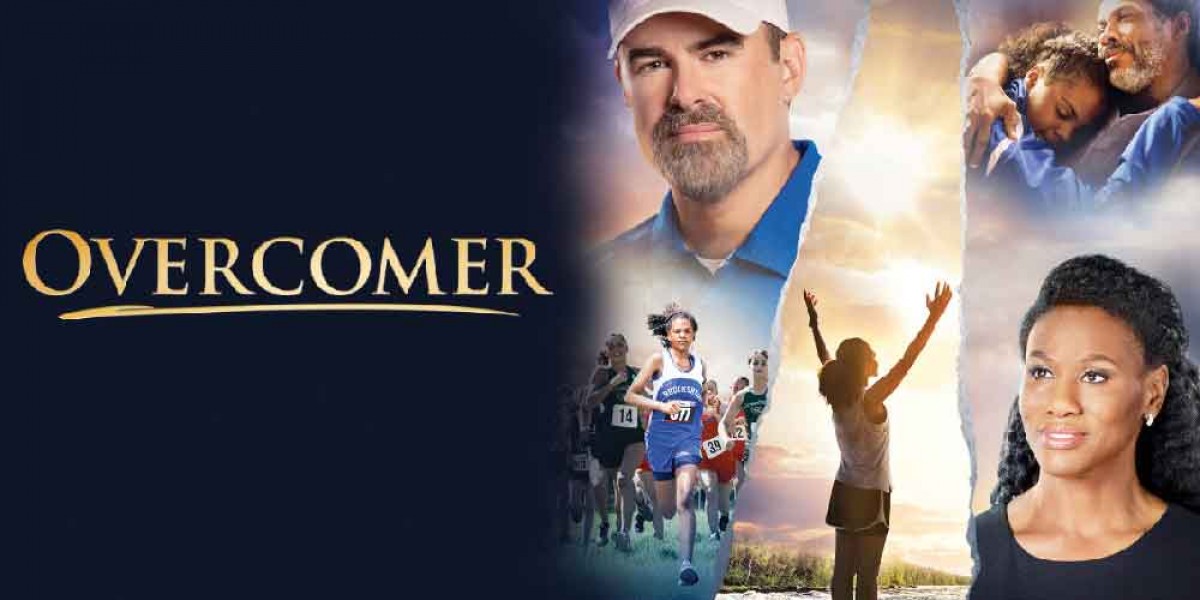 Each year, the U.S. box office is dominated by stories of superheroes fighting bad guys, horror films that speak into our darkest fears, and comedies which allow us to release the struggles of daily life with a little laughter. While many of these are interesting and entertaining films, they are not the only ones to leave an impact on audiences. For some time now, the Christian film industry has been able to deliver faith-based movies catering to the religious community. These stories encourage and challenge believers to reach their communities for Christ and to minister to the needs of those around them. Although 2018 was a monumental year for Christian film with hits like “I Can Only Imagine” and “Paul, Apostle of Christ,” 2019 had its own mix of powerful movies. Let’s walk through the hits and highlights of this year and celebrate each new Christian movie along the way.

The most star-studded Christian film of 2019 was this “based on a true story” production centered around the medical dilemma facing an average American family. After a middle school student falls through the ice and is trapped at the bottom of a lake for nearly 15 minutes, his family and community rally with prayer to God asking for a miraculous recovery. The movie stars Chrissy Metz from “This is Us,” as well as Topher Grace, Josh Lucas, Dennis Haysbert, and some other recognizable faces from TV.

“Breakthrough” premiered around the Easter holiday in 2019 and earned more than $11 million just in its opening weekend. The 20th Century Fox production only cost $14 million to make, but the movie would eventually go on to reach $50 million worldwide. Like several other faith-based films on this list and in recent years, “Breakthrough” was a very successful movie. In addition to this financial win, the film also did well with critics and audiences. It received a 61% on Rotten Tomatoes from critics, giving the film a “Fresh” rating, and an even higher score from the movie going public.

Another new Christian movie to receive buzz this year was “Overcomer,” the family sports comedy from Alex and Stephen Kendrick. Four years removed from the duo’s last successful film, “War Room,” there were many fans who couldn’t wait to see what faith-filled lesson was in store this time. The plot revolves around a high school basketball coach (Alex Kendrick) in a dying community who learns he’ll have to start leading the cross country team as well. His only athlete? A quiet girl named Hannah Scott (Aryn Wright-Thompson) who lives with her grandmother and has a penchant for taking things that don’t belong to her. As their stories intertwine, they will each learn to embrace the identity bestowed upon them by God.

The Kendrick Brothers and their earlier endeavors with Sherwood Pictures are no strangers to successful faith-based entertainment. After all, their last two movies combined for over $100 million at the U.S. box office. “Overcomer” had the largest production budget of any of their films so far (still only $5 million), but audiences still flocked to theaters and made the movie a hit at just under $36 million in ticket sales.

The third new Christian movie on our list to prominently feature sports, “Run the Race” is a story of two brothers who hope to pursue athletic scholarships as a means to escape their small town existence. Between their mother dying and their father routinely drinking, the Truett brothers don’t have much going for them. Luckily they have athletic ability, but they’ll learn even that can be fragile.

Some of the recent Christian football films include “Greater,” “Woodlawn” and “23 Blast,” all of which were made in the last six years. Even though it’s a common setting for such films, “Run the Race” proves there’s still plenty of ground to cover. The movie was executive produced by Tim Tebow and even features a cameo from the University of Florida football facility. “Run the Race” debuted in the Top 10 and went on to make over $6 million in its theatrical run.

It’s a rare occurrence for a new Christian movie to be rated R, but that was the case for “Unplanned.” What made this film so controversial for some was that it exposed the grisly truth about Planned Parenthood. The film follows the biographical account of Abby Johnson, a former employee at the organization who became a pro-life advocate following a series of discoveries concerning Planned Parenthood. On top of what may appear to be a political conversation, the film also presents a story of faith and redemption.

Considering the subject matter, it shouldn’t be any surprise that the film faced a mountain of bad press and business obstacles. TV stations refused to air advertisements, there were many protesting the film’s release in Canada, and just about the only way for the film to get any positive word of mouth was on Fox News and social media. In spite of that, “Unplanned” was able to make nearly $20 million at the box office. Along with more than tripling the film’s initial investment of $6 million, it also won the Film Impact Award at the 2019 K-LOVE Fan Awards.

While there are plenty of Christian movies that take advantage of the traditional release model in theaters, others prefer to be “one night only” events through companies like Fathom Events. “Kingdom Men Rising” is a documentary produced by Lifeway Films and inspired by the work of Tony Evans. The film explores the idea of masculinity in our modern world and how faith, sports, and other areas of life play into it. Among the voices featured in the film are Evans, Tony Dungy, Lecrae, Priscilla Shirer, and others. “Kingdom Men Rising” only played in theaters for two days, but was able to earn over $1 million.

That does it for our new Christian movie review for 2019. On top of these great films, there have been a number of smaller projects put out by Pure Flix and other faith-based studios. We hope you find the time to watch some or all of these new movies and support films like them when they hit theaters.

Along with celebrating the year’s hottest Christian movies, the K-LOVE Fan Awards seeks to highlight the musicians, authors, and athletes who are making an impact on the Christian community. At the year’s most amazing event in Christian media, fans can expect to see the biggest artists performing together on one stage. Find out how you can enjoy the ultimate fan experience by clicking on the link below.