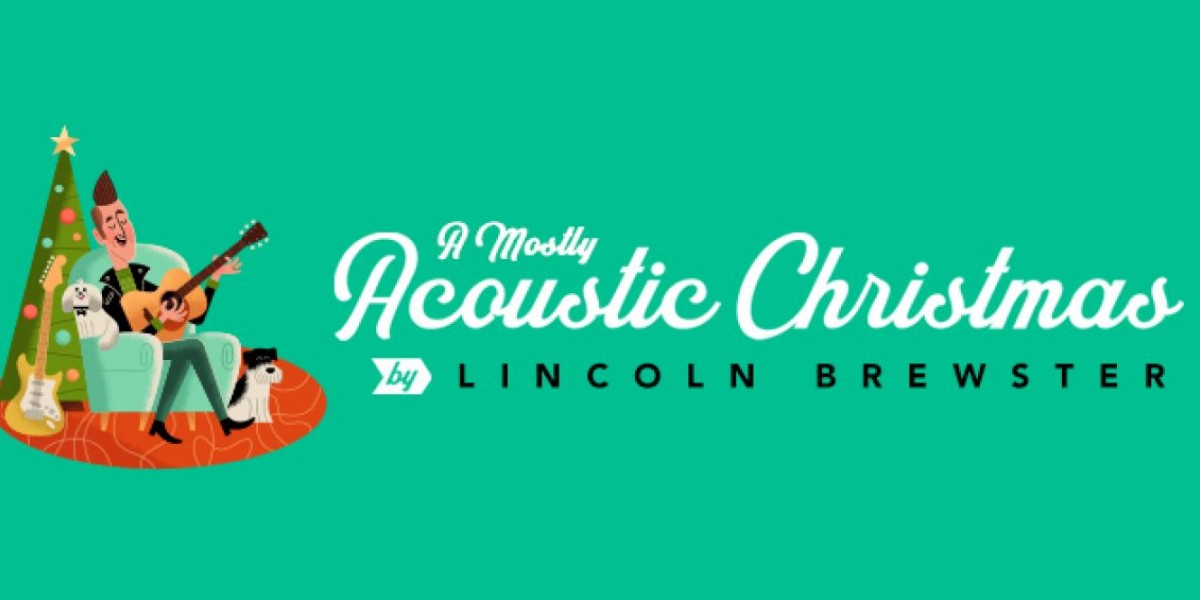 The holiday season is a wonderful time to enjoy new music from your favorite artists. Whether you’re looking for something to listen to as you cook a big meal or place ornaments on the tree, we have the new Christmas albums from Christian artists in 2019. We are elated to have fresh holiday tunes to discover each Christmas season and we can’t wait to share them with you. Without further ado, here are some of the best new Christmas albums from Christian artists in 2019.

One of the most prolific musicians in the current Christian music climate, Phil Wickham has put out new records, live worship albums, and singles in the last couple of years. Among this year’s releases is “Christmas.” Fans of Wickham’s work will remember his 2011 album, “Songs for Christmas,” which was a big hit. Eight years seems like enough time in between holiday albums and Wickham’s return to the seasonal stage features a 10-song Christmas celebration with a mix of historic favorites and more modern hits. Two songs that help you understand the direction of the record are “Face of God” and “Joy to the World (Joyful, Joyful).”

Lincoln Brewster has been making Christian music for decades, blessing audiences with his abilities on the guitar and in writing songs. With “A Mostly Acoustic Christmas,” the artist promises a relaxing meditation on the holiday season. The album includes three instrumental tracks along with eight traditional songs like “O Come All Ye Faithful” and “The Christmas Song (Chestnuts Roasting on an Open Fire).” Lest you think this album is all a slow, meandering soundtrack, tunes like “The Little Drummer Boy” and “Jingle Bells (Medley)” provide a needed kick to take things up a notch.

“God With Us” EP - We Are Messengers

As we’ve moved into a contemporary music world where buying one song is more popular than a full album, many artists have taken to recording short EPs, especially for occasions like Christmas. We Are Messengers packed a solid Christmas message in just five songs on “God WIth Us.” The record examines the birth of Jesus from every angle, from its implications on our salvation to what it says about God that He would send His Son down to earth. We think this collection, coming in just under 20 minutes, is best listened to all at once. If you can’t do that, at least check out “This is Jesus,” the last song on “God With Us.”

“Building a Christmas to Remember” - The Singing Contractors

These guys have seemingly risen out of nowhere to become cult favorites in the Christian genre. The Singing Contractors, who actually do work as contractors in real life, are a gift to listeners who value the old gospel classics. “Building a Christmas to Remember” is a holiday album blending that genre with a little country and bluegrass for a unique Christmas recording. You’ll get “Here Comes Santa Claus,” “Tennessee Christmas,” “Mary Did You Know?” and nine other favorites from the season.

Danny Gokey is one of the most celebrated male vocalists in Christian music, so it’s exciting for audiences any time the singer has a new record. “The Greatest Gift” is Gokey’s second holiday album, following 2015’s “Christmas Is Here,” but you won’t find any retreads here. Duets with Natalie Grant, David Archuleta, and Kari Jobe are part of what makes the album special. If you like strong vocals in your seasonal music, this is one of the new Christmas albums from Christian artists you’re going to want to give a listen.

A Christmas album is always a major milestone for an up and coming singer. Shortly after Lauren Daigle’s breakthrough with “How Can It Be,” her next project was a jazzy holiday album in 2016. Riley Clemmons is another emerging talent who lends her voice to the Christmas season with this year’s EP, “The First Christmas.” The record is a series of four seasonal tunes showing the singer’s abilities and providing fans with about a commute’s worth of holiday cheer.

Most of the new Christmas albums from Christian artists are wholly original, but our next two entries are re-recordings that have been put out to update the respective musician’s original vision. First up is Andrew Peterson, who recently took to the studio for the 20th anniversary of the “Behold the Lamb of God” tour and the 15th for the original album. Peterson’s long-running Christmas event is a storyteller’s look at the holiday that doesn’t include many famous carols, but fully embraces the season.

Our other reimagined Christmas album from 2019 is “The Thrill of Hope Renewed” from Christy Nockels. The singer released the initial recording (“The Thrill of Hope”) in 2016. Similar to Peterson’s “Behold the Lamb of God,” the album isn’t just a collection of famous Christmas carols. Though you’ll find hits like “O Holy Night,” the work is more about capturing the spirit of the season. With 15 tracks and running over an hour in length, this is also one of the better values of the season.

Building 429 has produced a number of Christmas songs over the years, but “A Thrill of Hope” marks the first time the band has created anything of considerable length around the Christmas season. The EP consists of three new tracks as well as the group’s 2018 holiday single, “Glory.” For only having a few songs, “A Thrill of Hope” runs the gamut of Christmas sounds, from the traditional medley on its opening track to the modern pop anthem of “J.O.Y..”

Having made music for 20 years, Sara Groves has had ample opportunity to make plenty of Christmas music; however, “Joy of Every Longing Heart” is only the singer’s second album in this category (the first being 2008’s “O Holy Night”). As a singer/songwriter, it should surprise no one that Groves puts her own touch on each of the Christmas classics present on the album. Throughout its nine-song run, the musician creates a new sound on well-known songs like “God Rest Ye Merry Gentlemen” and “Winter Wonderland.”

This married duo has made a living out of covering popular songs and creating new combinations of medleys. Caleb, who has also been a part of Anthem Lights, and Kelsey put out their second Christmas album in two years with 2019’s “Christmas Worship.” What makes this one special is that the couple has paired with some of their original work with many of your favorite Christmas songs. “Christmas Worship” may be worth a listen if you want a taste of the songs you’ve grown up with as well as something new.

That does it for our list of new Christmas albums from Christian artists in 2019. We hope you find the perfect soundtrack to your Christmas celebration(s), whether it’s from this year’s new stock or among the great albums that have come before it. As you go about the holiday season, we encourage you to use these songs to remind you that Jesus’ birth is the reason for everything we do at Christmas time.

If you love Christian music, the K-LOVE Fan Awards is the place for you. Each year, we bring together the most popular names in the genre along with the Christian filmmakers, athletes, and authors who are making an impact for the kingdom of God. When you combine these talented people with the amazing fans who strive to watch, listen to, and read their awesome works, you get the year’s biggest event in Christian media. Find out how you can join us for the ultimate fan experience at the K-LOVE Fan Awards by clicking on the link below.