Popular New Worship Songs of 2019: Praises of the Season 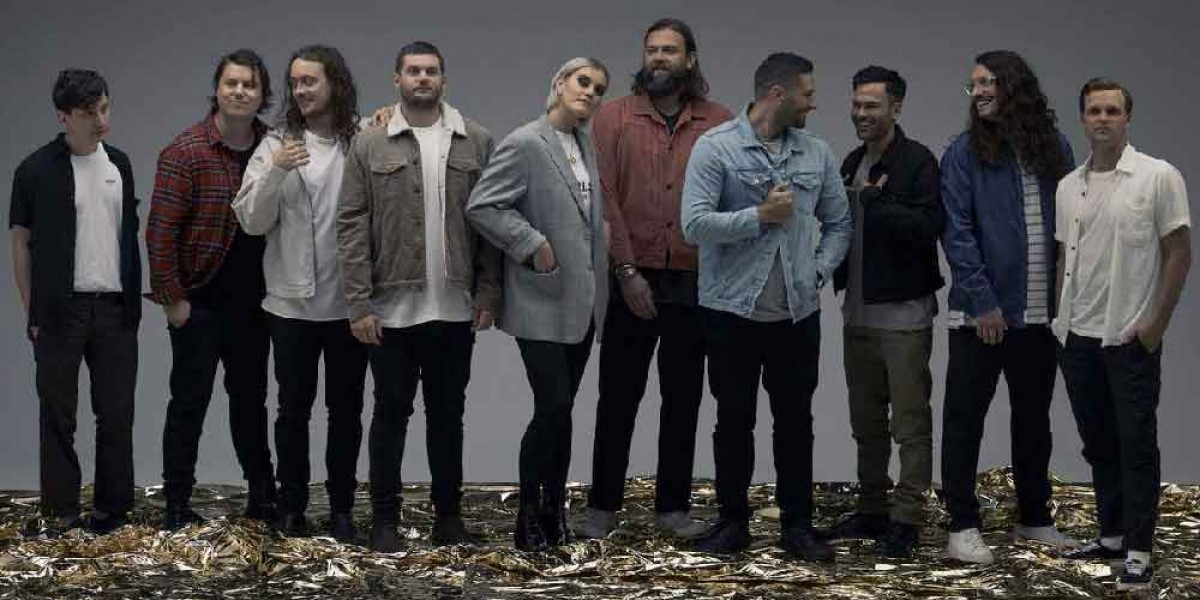 Now that 2019 is drawing closer to an end, we want to highlight some of the popular new worship songs that have made an impact on the Christian community. Each year we are blessed with so many great worship anthems that help us thank God for all He has done and draw our hearts closer to Him. This year brought us engaging new work from some of the biggest names in Christian music as well as a few emerging artists. Check out the list below to see if any of your favorites made the cut. We know that no matter who you are or what you’re going through, at least one of these tracks is going to speak a special word to you today.

“Another in the Fire” - Hillsong United

One of the most popular new worship songs comes from the April 2019 album “People” from Hillsong United. “Another in the Fire” is a slow-building track which calls upon Biblical imagery from Daniel 3 and other stories where God shows up to protect those who believe in Him. As we go through life, there are a number of times when we will feel cut off and surrounded. Illness, losing a job, or maybe something more directly tied to religious persecution will threaten to undo us, but we have to remember that God is walking through that trial with us. “Another in the Fire” reminds us that we can survive the battle.

There are many well-known worship songs which lift up the name of Jesus, from “Lord, I Lift Your Name on High” to “What a Beautiful Name.” Among the latest to celebrate His name is “Faith and Wonder” by Meredith Andrews. Also recorded by UPPERROOM this year, the song is one which elevates God’s name above all others and recognizes the power found within it. It also served as the title track for Andrews’ first recording since her 2017 Christmas album, “Receive Our King.”

Pat Barrett has emerged as one of the country’s favorite worship leaders over the last two years. Taken from his self-titled debut album in 2018, “Build My Life” is a promise to God that we will fashion our lives around the truth found in Him. When we recognize the full impact of what God can do, what other choice do we have than to radically change our lives in pursuit of Him? If you like the way Barrett’s music sounds, you can also search for the worship band Housefires where the musician got his start.

Leeland broke out in the Christian genre well over a decade ago, but some worship fans may have just been hooked on the group thanks to its 2019 live album “Better Word.” One of the clear favorites from that work, “Way Maker,” has quickly earned a place among the year’s popular new worship songs. The track has been bounced around between gospel artists and choir groups over the last year or two, but 2019 seems like the pinnacle of its popularity.

If you ask someone what their favorite worship song of 2019 has been, there’s a good chance they’ll answer with “Raise a Hallelujah.” The worship anthem fights against the stereotype of Christians who are only interested in God when things are going their way. A true test is whether or not you can sing praises to God when it seems like you’re fighting a lost cause. “Raise a Hallelujah” comes from Bethel Music’s 2019 album “Victory.”

Speaking of victory, Elevation Worship must have been feeling a similar theme this year with “See a Victory.” Much like “Raise a Hallelujah,” this track is all about not letting the disappointments of life set you back and keep you from all that God has given you. In the end, it won’t matter how this moment passes because God has the ultimate victory in His hands. Much like the servant of Elisha in 2 Kings 6, we hope that God will reveal a miraculous victory for all that bothers us.

For the second Hillsong-related entry on our list of popular new worship songs of 2019 we have “King of Kings.” The track appears on Hillsong Worship’s fall record “Awake.” As the name might imply, “King of Kings” walks the listener through the earthly life of Jesus. From the dark years before His birth was announced to the establishment of His church following His resurrection, “King of Kings” tells us the story of Jesus Christ.

While some praise songs are all about diving into theological complexities, others are found to be more atmospheric for worship. “Nothing Else” from Cody Carnes fits into the latter category. The song is easily among the popular new worship songs of 2019, as it has spread from church to church throughout the year. “Nothing Else” tries to take the worship experience down to the most basic level, similar to “The Heart of Worship” by Matt Redman. A few other tracks from Carnes to make the rounds this year are “Run to the Father” and “Heaven Fall.”

“Bigger Than I Thought” - Sean Curran

Some of the best worship songs are those which appeal to the emotional state of man and the many ways in which God cares for us. Sean Curran gets to the heart of what it means to have a personal relationship with God in “Bigger Than I Thought.” The song speaks to how God relates to us and promises to meet our needs, both great and small. If we all had the ability to see just how big God really is, we’re sure it would have a drastic effect on our prayer life and how we worship God.

“People,” like essentially all Hillsong United albums, offers several worship songs worth checking out. On top of “Another in the Fire,” the record has “Whole Heart (Hold Me Now).” It’s an emotional song of gratitude that celebrates our need for the Lord. Respecting God for who He is and what He has done in our lives, “Whole Heart (Hold Me Now)” is a declaration signifying that we belong to God. Our old masters, sin and death, no longer reign because His “grace holds that ground.” For a third hit worship song from “People,” we suggest “Good Grace.”

The Passion conferences have been behind some of the biggest moments in corporate worship over the last two decades, so it only makes sense that the band associated with them would make our list of popular new worship songs of 2019. Just like the title suggests, “Follow You Anywhere” is a song for Christians to pledge to their Lord. From recognizing how much He’s done for us so far to trusting Him in the future, the song is a commitment to life with Jesus.

The popular new worship songs of 2019 cover a lot of ground in the area of Christian music. These bands, as well as many others like them, are doing an incredible job of assisting believers in their personal walks of faith. We hope you have found at least one new song of worship to get you through the coming days.

At the K-LOVE Fan Awards, we want to celebrate the musicians, filmmakers, athletes, and authors who are making an impact on the greater Christian community each year. We do so by throwing the biggest musical event of the year and inviting all of the hottest names and most passionate fans. Find out how you can take part in the ultimate fan experience by clicking on the link below.