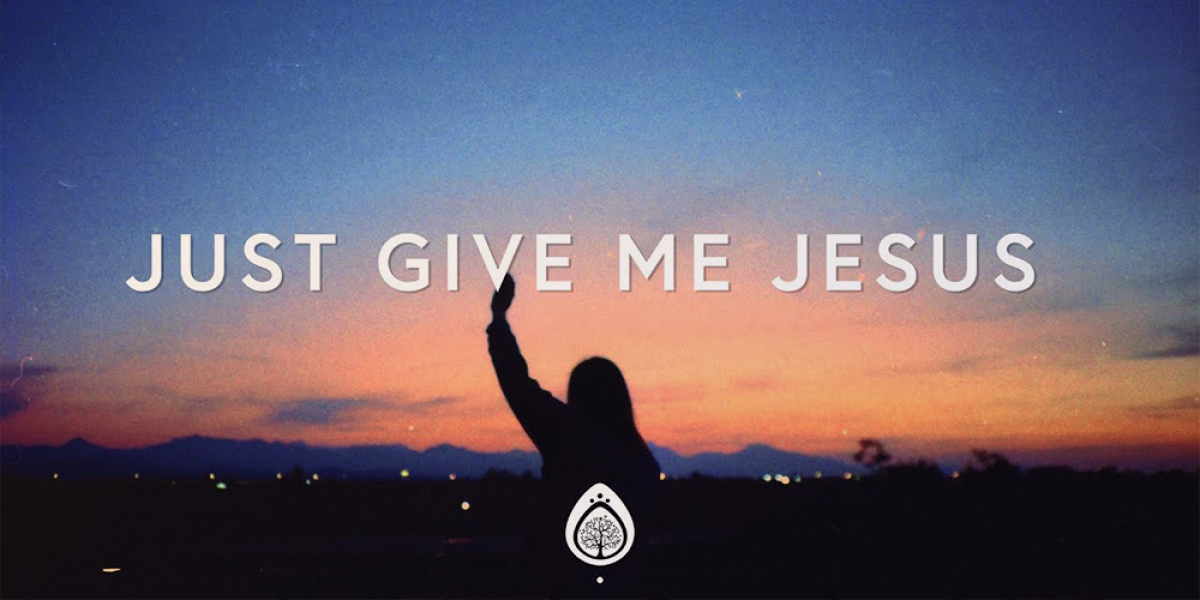 While you race around town shopping for presents and attending school plays, why not add some new Christian albums to your commute? November 2018 has some great additions for you and your family as we finish out the year. Whether you’re looking for new worship music, folk songs, pop, or Christmas tunes, this month’s new Christian albums and singles deliver. Here are some of the releases getting us excited this month.

“Just Give Me Jesus” EP - Unspoken

After two studio albums brought us hit songs like “Start a Fire” and “The Cure,” Unspoken is back with a five-song EP fans will really enjoy. The collection of songs takes a very personal approach to Christianity, exploring the basic tenets of grace. “Just Give Me Jesus” reminds us of how Christ is sufficient for every good desire. Meanwhile, “You’ve Always Been” and “Human Condition” are all about our security in Jesus and the faithfulness of His love. “If We Only Knew” is a closing track pushing the listener out to live his life in complete faith, trusting God through every step of life. The “Just Give Me Jesus” EP is a short listen, but there’s a great mix of faith and quality music.

One of the month’s most exciting new Christian albums is “Only Jesus” from Casting Crowns. There aren’t too many bands who record at the same consistency as Casting Crowns. That much is certain with “Only Jesus,” the band’s eighth studio album in 15 years. “Nobody” (feat. Matthew West) and “Only Jesus” have become two of the album’s first popular songs, but the whole recording is a traditional Casting Crowns album through and through. The music is missing some of the rock influence found in earlier albums (“Start Right Here” makes some exception here), but the message is as inspirational as ever.

David Crowder continues his musical journey with his third studio album, “I Know a Ghost.” The supernatural title is quite telling with this album, as much of the music is rather experimental. No matter what crazy beats or synthesizers Crowder throws into the mix, however, it all sounds true to his original style. If you don’t like stepping out of the box too much, you can still enjoy “Red Letters” and its message about the impact of reading the Bible.

Usually when an artist releases a “Vol. 1,” it’s not after already putting out a part two. That’s just what Andrew Peterson did, however. “Resurrection Letters, Vol. 2” premiered in 2010 with a prologue following in early 2018. Now the singer/songwriter has made the story complete with the long-awaited Vol.1. When listeners put together these three albums, the experience is a full presentation of the gospel story. This ambitious project of storytelling and musicianship is one of the most important additions to this month’s new Christian albums.

“The Beginning and Everything After” - The Afters

Fans of The Afters will recognize the vast majority of the songs found on “The Beginning and Everything After.” That’s because this is mostly a greatest hits album which largely pulls from the band’s previous three albums. Among the past favorites, however, are two new songs from 2018. “Well Done” and “Fear No More” are two of the band’s most recent recordings and they kick off this album before it settles into familiar territory. The name of this album implies something of a transition period and, in that regard, the record delivers.

If you’ve ever had the chance to see Needtobreathe perform live, especially in an acoustic setting, then you know why this album is a big deal. The group has a folksy Southern rock style which lends well to live acoustic performances. The album pulls from several different records over the past 10 years or so to present something of a greatest hits collection. Among the many live acoustic renditions are “Brother,” “Stones Under Rushing Water,” and “Washed by the Water.”

Since we’ve fully immersed ourselves in the Christmas season, why not enjoy some yuletide merriment in this month’s edition of new Christian albums? An important aspect of holiday albums is making the song covers something reflective of you as an artist. David Dunn certainly accomplishes this with the “Star” EP. Stringing together original versions of three Christmas favorites, as well as two new songs, Dunn creates 20 minutes of non-traditional Christmas music you can enjoy in between Bing Crosby and that one Mariah Carey song.

Now that we’ve made it through November’s new Christian albums, let’s talk about some cool new singles. Starting with some holiday tunes, Riley Clemmons released two songs which will put you into a festive mood. First up is “Have Yourself a Merry Little Christmas,” a melancholic Christmas song which allows Clemmons to show off her vocal skills. Keeping things traditional, the young singer also put out a cover of “Silent Night.” Another Christmas favorite comes from Danny Gokey and Natalie Grant, who recorded “The Prayer” together. Not only does this give Gokey the ability to show off his non-English singing skills, but audiences will love this throwback cover which sounds like it was recorded a decade or two ago (we mean that in the best, nostalgic way).

In case you are full up on new Christmas songs, here are a few non-holiday singles from November. We Are Messengers’ new song, “Maybe It’s Ok” is an inspiring song that looks at the ways in which accepting our weakness can be beneficial to our spiritual walk. Another song taking on the personal is Mallary Hope’s “Me,” which unpacks God’s expectations of who we are. Hollyn was feeling generous this month, releasing two new singles in “You Won’t” and “Horizon.” Lastly, another young female singer joins this month’s collection of Christian music as Hannah Kerr released “Split the Sea.” The song is a pleasant, slow-moving pop song reminding us of how God works in miraculous ways.

No matter how busy your schedule may be, we know at least one of these new Christian albums will help you relax during the busy Christmas season. Whether Needtobreathe’s live acoustic album is the perfect companion by the fire or Casting Crowns’ “Only Jesus” helps you unwind during the commute home, this Godly music may just improve your day. Great Christian music has that affect sometimes. It can speak into our lives, get our blood pumping, or help us to worship at church. That’s why the K-LOVE Fan Awards wants to celebrate the Christian entertainment making an impact on the Christian community. We bring together the biggest names for a show unlike any other. Find out how you can get in on the ultimate fan experience by clicking on the link below.