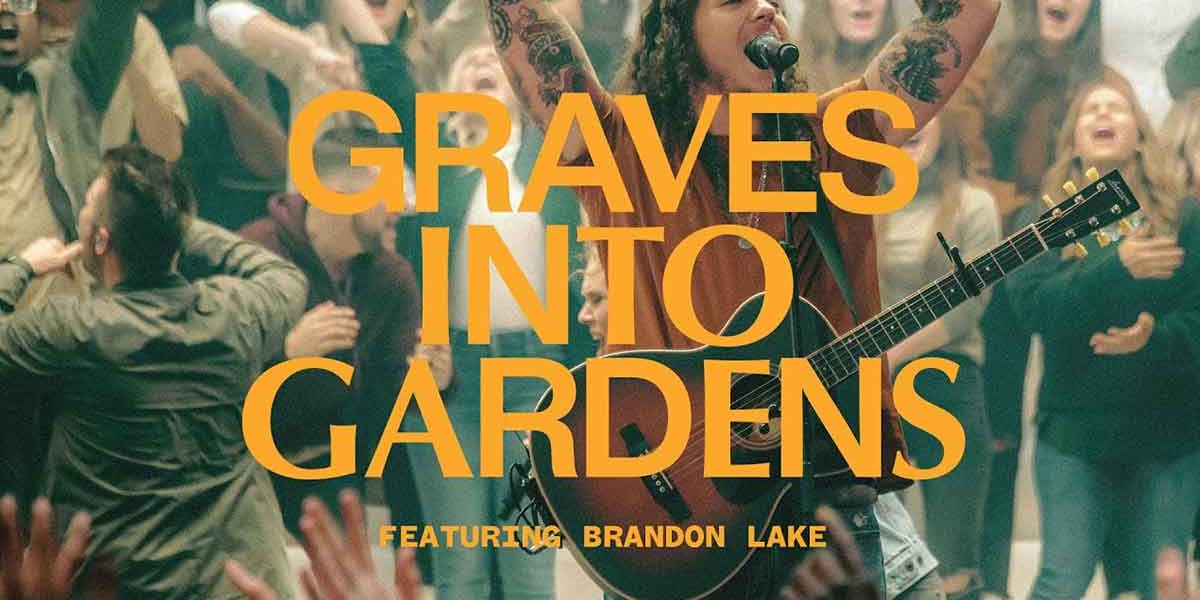 As we come closer to the end of 2020 and begin to break out the Christmas decorations, let’s reflect on one of the few good things about this chaotic year: the great music that brought us together in a worshipful spirit. In a year when “social distancing” became the norm, the power of music, especially that which lifts up the name of Jesus, was that much more precious to listeners. From worship anthems to fun pop songs, these jams reminded us of the goodness of God right when we needed it. Here are the popular Christian songs of 2020.

One of the biggest worship outfits around, Elevation Worship was huge in 2020. The band got the year off right with the empowering “See a Victory,” a holdover from the group’s 2019 EP, “At Midnight.” What really set Elevation off this year, however, is the new album, “Graves Into Gardens,” whose title track became one of the year’s biggest worship songs.

Tauren Wells has lent his vocal talent to several popular Christian songs over the recent years. This time, he brings “Famous For (I Believe),” a track all about trusting God to be the all-powerful being we know from the Bible. How can we not believe God can handle our problems when we read about Him splitting the Red Sea and stopping the sun in the sky? Check out an acoustic rendition by Tauren below.

Whether you’re looking at politics, our media, or anywhere else, it’s easy to see the hate and division coursing through our culture. In “Revolutionary,” Josh Wilson proposes a radical concept for changing the world: love. The single hit #5 on the Christian Airplay charts in the United States and it feels like just the message we need during a tumultuous time.

“There Was Jesus” - Zach Williams and Dolly Parton

Perhaps the biggest song of the year came when Zach Williams joined together with country legend Dolly Parton for an inspiring song about how Jesus is always present during our darkest hours. We often think we can live our own lives and make things work, but when those plans fall apart, God is there waiting to pick us back up.

Another powerhouse song from 2020 is “The Blessing” by Kari Jobe. The original version of the song was performed with Elevation Worship, but Jobe, along with her husband, recorded a few different versions for an EP released later in the year. The anthem is a prayer composed of biblical blessings intended for the people of Israel which we can adopt for our families today. The original performance video with Elevation Worship, found below, has over 34 million views as of this writing.

One worship leader who has been productive in 2020 is Cory Asbury, the singer behind the hit song, “Reckless Love.” Asbury found several successful songs for his latest album, “To Love a Fool.” Other big songs from the record that have found traction include “Sparrows” and “Dear God.” The biggest track so far has to be “The Father’s House,” though. It reached the height of #1 on the Christian Airplay chart and #3 for Christian Digital Streaming this year.

“Who You Are to Me” - Chris Tomlin feat. Lady A

Chris Tomlin is no stranger to lists of popular Christian songs and this year isn’t any different. What is a little new is that he’s on our list with the country act Lady A (formerly Lady Antebellum). One of the three singers from that group is Hillary Scott, who had her own run in Christian music a few years ago. The song “Who You Are to Me” is part of Tomlin’s crossover album, “Chris Tomlin and Friends,” which features country stars Florida Georgia Line, Cassadee Pope, Thomas Rhett, and others.

“Together” - For King & Country feat. Tori Kelly and Kirk Franklin

Speaking of crossovers, For King & Country has collaborated with quite a few big names recently. On the song “Together,” for instance, the group partnered with Tori Kelly and Kirk Franklin for a message of hope and unity. The music video, found below, was filmed in quarantine and features a lot of the pain and confusion we all felt this year.

Another one of the popular Christian songs of 2020 dealing with personal struggles is “Truth Be Told” by Matthew West. Many of us feel like we have to “fake it til we make it” these days, putting on a false identity to hide the pain and disappointment we’re facing. The message of this song is one of coming clean, accepting where we are, and starting from there.

Phil Wickham is the worship leader behind many of our favorite songs, like “This is Amazing Grace.” In 2020, the singer’s biggest hit came in “Battle Belongs.” The single is based on the idea of perspective and how our perception of defeat can really be a victory in waiting because the battle belongs to the Lord. Whether you need reassurance over the battles you’re fighting or a reminder of God’s dominion over them, this is the song for you.

Over the last three or four years, musician Josh Baldwin has made impressive strides in his career with the albums “The War is Over” and “Evidence.” The latter is a brand new album from Fall 2020, the title track of which is the latest song on our list. When we question God’s presence in our lives, the first thing we should do is search for the evidence of His love and planning in our own stories.

“God So Loved” - We The Kingdom

We the Kingdom made waves with the hit song “Holy Water” and its accompanying album, but the success continues to roll with the band’s latest single. “God So Loved” draws from the famous verse John 3:16 for its hopeful anthem of God’s deliverance. Check out the acoustic version sure to get your toe tapping in the video below.

Sometimes the most popular Christian songs of the year come from names with which we’re not that familiar. Leanna Crawford has been a successful songwriter penning tracks for big musicians over the last few years, but 2020 was her year to make it into the limelight with “Truth I’m Standing On.”

The last entry on our list of popular Christian songs of 2020 comes from another artist you may just now be hearing about. “Peace Be Still” is the first radio single from Hope Darst, who just signed with FairTrade Music Services earlier this year. The song is an arresting tune performed earlier by Lauren Daigle with The Belonging Co., a group of which Darst was part. Rejecting fear and replacing it with faith, the single is an uplifting and courage-filled ballad.

That does it for our list of popular Christian songs of 2020. What were some of your favorites from the past year? We know there have been many exciting songs to fill the airwaves and populate your playlists.

At the K-LOVE Fan Awards, we want to celebrate all of the amazing art being produced in the Christian realm. That’s why each year we bring together the greatest fans and the biggest bands for an unforgettable weekend full of the best performances. If you want to find out how you can enjoy the ultimate fan experience, click on the link below.