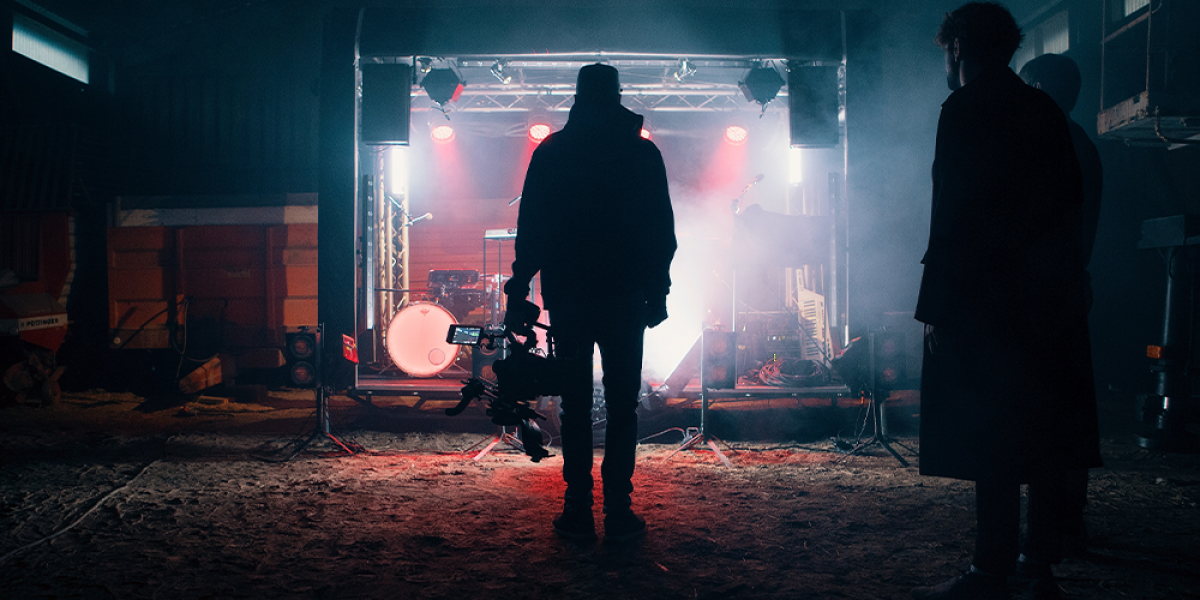 Music videos give us the ability to further enjoy the music from our favorite artists and to explore the themes present within each song. Each year we see several of these videos rise to a certain level of popularity due to the impact of the music and the creativity of the artists involved. As we step into a new year (and decade), we want to look back on the biggest Christian music videos from 2019. Look below and see if you can find your favorite from the past year.

Some music videos are as simple as four guys playing instruments in an open warehouse, but Lauren Daigle traveled all the way out to an Alaskan glacier to bring a little gravitas to her “Rescue” video. On top of being a nice visual in its own right, the setting further conveys the image produced by the song where God is promising to protect us from the things which threaten to undo us.

Worship songs may not come with videos that explore personal stories or feature fun dance moves. Still, these popular songs almost always receive the most views on sites like YouTube. “See the Light” from Hillsong Worship is a live worship performance that became one of the biggest Christian music videos from 2019. The song is a testimony of the transformation from spiritual death to life where we learn to embrace all of who God is.

Speaking of that spiritual life, our next entry is a track from Big Daddy Weave all about God’s mission to bring us back from the coming consequences of our sin. “Alive” is a reminder of our sinful nature and how lacking in hope our lives are before we come to faith in Jesus Christ, believing in his sacrifice and resurrection.

Some worship songs have the power to become a rallying cry for many Christians who identify with the message being conveyed. “Raise a Hallelujah” by Bethel Music is one which made a profound impact on the faith community in 2019. The lyrics of the song call us to praise God and pursue His kingdom even when we feel like the odds are against us or we don’t seem to be getting the rewards He’s promised.

Danny Gokey has picked up the mantle as one of the premier singing talents in Christian music, so it’s no surprise for “Haven’t Seen It Yet” to be one of the biggest Christian music videos from 2019. The title track from the artist’s latest studio album, the song was one of several hits from Gokey this past year. “Wanted” and “The Holidays Are Here” are two well-received songs that also garnered their own videos.

Another popular male artist in Christian music is Jeremy Camp, whose song “Dead Man Walking” was a fan favorite this past summer. Taken from the 2019 album, “The Story’s Not Over,” it’s a song that will pump you up and help you appreciate all that God has done for you. “Dead Man Walking” broke the Top 10 on both the Hot Christian Songs and Christian Airplay charts from Billboard.

The latest single from the band’s 2018 album, “Only Jesus,” “Nobody” continues the record’s theme of proclaiming the name of Jesus above all else. Casting Crowns previously established the idea with the title track released around the same time as the album last fall. The moniker of “nobody” discussed here is in relation to how we view ourselves in light of the gospel message of Jesus Christ.

The second Hillsong worship track to appear on our list comes from Hillsong UNITED and is the immensely popular “Whole Heart (Hold Me Now).” We’ve seen before how many of today’s biggest songs center on the idea of God’s immense power and great love. “Whole Heart (Hold Me Now)” elevates that theme, praising God for not abandoning us in our sin and asking Him to continually watch over us throughout our journeys on this earth.

“Fighting for Me” - Riley Clemmons

Young singer Riley Clemmons found her latest hit single this year with “Fighting for Me.” It’s a moving ballad recounting how God promises to take care of us over the years. While the original recording is great on its own, the piano version found in the video below gives the song some added depth and lets Clemmons’ voice shine.

If you’ve had enough of the emotional stuff and want a song that’s fun and catchy, you can always check out “Reason” by Unspoken. When we’ve had a tough day or some kind of ongoing trial, it’s easy to lose heart. The message of “Reason” is that we need to keep on believing because God is worth our patience and His love is like nothing else out there.

Sometimes a good music video is just something able to pull you into the world of the song. Leeland’s “Way Maker,” and the accompanying video, is a worship song that draws in the listener and creates an atmosphere of praise you won’t want to ignore. It’s all about proclaiming Jesus’ name and listing the attributes that make Him worthy of our devotion.

One of the biggest Christian music videos from 2019 came from the genre’s biggest rock band, Skillet. “Legendary” is the first single from the band’s summer album, “Victorious.” Like many of the songs fans have come to love from the group, “Legendary” is a pump-up jam that gets audiences moving for years to come.

Going from a hard rock song to a soft and stirring ballad, the next entry on our list is “Nothing Else” from Cody Carnes. Similar to “The Heart of Worship” from Matt Redman, this song is a call to worship asking us to strip away everything that isn’t Jesus. We can easily become satisfied with nice church buildings and pleasant music, but how strongly are we pursuing God? Watch this moving performance of the Carnes song from Passion 2019.

We haven’t emphasized much from the Christian rap world, but NF is an artist who journeys beyond the limits of the genre and has found a large audience from around the world. His music speaks to the importance of mental health, positive relationships, and taking responsibility for your life. “When I Grow Up” is a popular track that has seen over 70 million hits on YouTube. Check out the video below chronicling NF’s timeline of trying to make it as an artist.

Tauren Wells has been a soothing voice for so many listeners with “Hills and Valleys” and “Known.” His latest song, “God’s Not Done With You,” is an encouragement to not give up, even when life has handed you some tough circumstances. The single is one of Wells’ best so far, placing in the Top 10 on several Billboard charts. Between the singer’s abilities and the video’s haunting imagery of a scorched field, it’s not hard to see why it’s one of the biggest Christian music videos from 2019.

“The God Who Stays” - Matthew West

Do you ever wonder how God hasn’t given up on you yet? Why would He continue to give us chances again and again? That’s the heart behind Matthew West’s “The God Who Stays.” Originally released as a single, the song will be the first to premiere from West’s upcoming album, “Brand New.” Get a taste for what the artist has in store in 2020 by watching the video for “The God Who Stays.”

These are the biggest Christian music videos from 2019. Whether you’re wanting to look back fondly on the year that’s passed or get excited about what’s to come in 2020, this is a great place to visit. We look forward to everything that’s upcoming for these artists and so many others in the new year.

If you want to get in on the Christian music event of the year and see all of your favorite artists together in one place, you’ll want to reserve your spot at the K-LOVE Fan Awards. Spectacular performances, unique collaborations, and so many unforgettable moments happen here. Find out how you can join us for the ultimate fan experience by clicking on the link below.